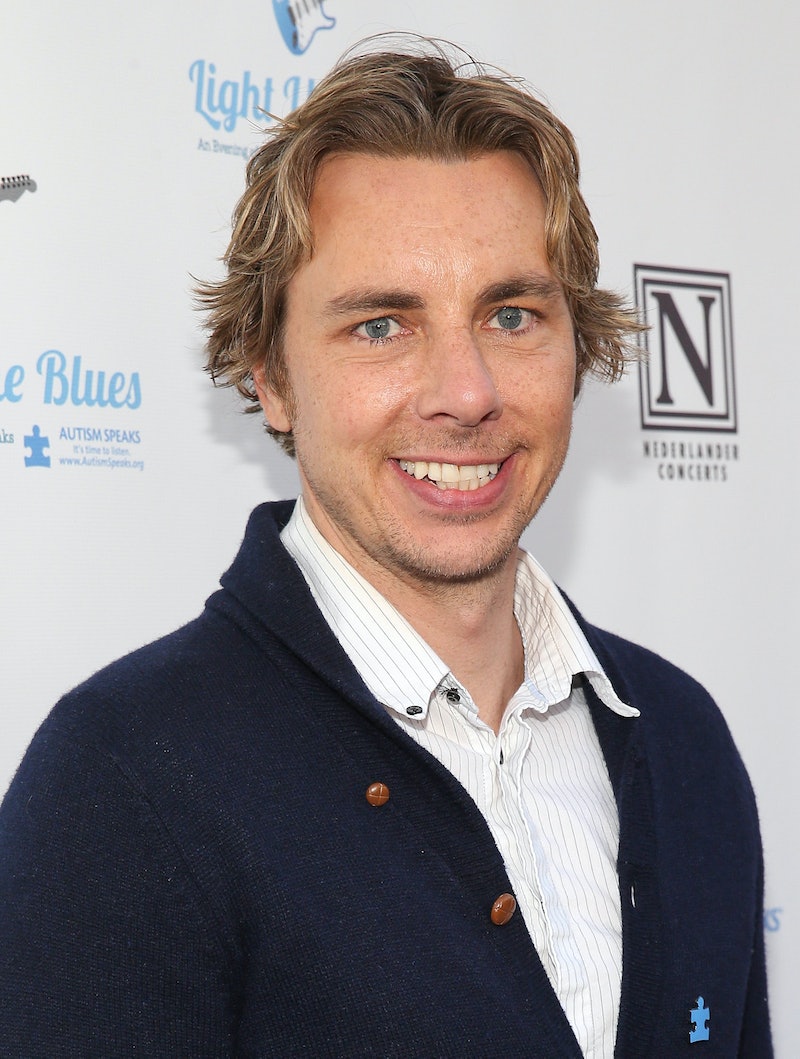 Do you have your box of tissues ready? What about pizza and chocolate? And the wine, beer, or whatever alcoholic beverage is your poison? Well, you better grab all of those necessities, because it's time to laugh and cry one more time with the man who we love on Parenthood: Dax Shepard. Well, that is until he pops up in another TV show, movie, or entertaining interview.

Most of us recognize Shepard as Crosby Braverman on Parenthood, which has it's series finale Jan. 29, and also for being married to Kristen Bell, who is equally as amazing and hilarious. As we all know, Shepard puts smiles on peoples faces as Crosby, and, yes, he does so in real life, too. If you've ever read or watched an interview with Shepard, then you know how hilarious and enjoyable he is. Can you imagine hanging out with him? I think we can all agree how fantastic of a time that would be.

Well, to prove just that, here are a few quotes from Shepard that will make you love him even more. Is that even possible? At first, I didn't think so, but each time I read about him or see him on a talk show, well, yeah, my heart grows three sizes, just like the Grinch. If you don't believe me, keep reading. One thing I know for sure is you won't love Shepard any less after checking out these quotes.

About Stopping The Paparazzi

Does it really get better than this?

About That Tattoo On His Ring Finger

"I don’t like wearing jewelry, but I felt obliged to warn all the men that I’m taken. So, I thought a tattoo would be fitting. And her [Bell] last name conveniently is an object I could tattoo."

I can't handle his sweetness and creativity.

About The Birth Of His Second Daughter

As he told Ellen DeGeneres, here's how Shepard felt about the delivery of Delta Bell via C-section:

And then you peak around the sheet and they're lifting out the baby, but then you notice your wife is completely disassembled. I can see inside of her. I was like, "It's a girl! Your liver's out, I think. And then those are definitely your intestines." And she asks, "Are you all right!?" "Oh my God, put her back together correctly!" After seeing this autopsy, I would rather see a school drive out of her vagina. There's nothing worse than seeing your partner flowing over! Guys, I need medication if this happens again.

Both terrifying and hilarious.

About His Love For Brad Pitt

"The only thing that I love on par with sloths is Brad Pitt."

"It’s up to us — guys who they might think are 'cool' — to go, 'Oh, yeah, you can be masculine and also be in favor of gay marriage.' Maybe we can push the pendulum a tiny bit."

The fact that he and Bell wouldn't marry before the legalization of gay marriage shows you what kind of man Shepard is, and the type of people they are.

About Keeping Christmas Lights Up

If only we could all be so lucky.

Lastly, About The Parenthood Series Finale

Listen to this intelligent man.

If you don't love him even more, then I don't know what's wrong with you.