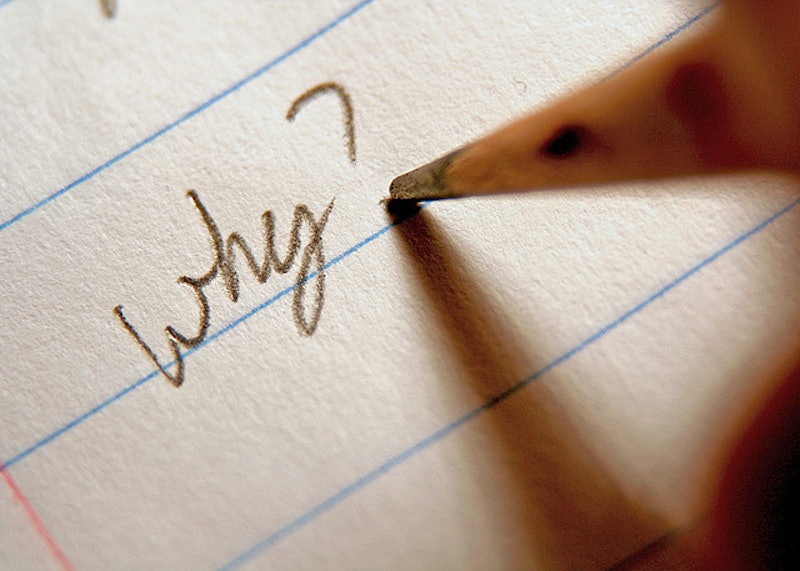 Human beings have been performing oral sex on each other for as long as we've had genitals and mouths (some interpretations of the ancient Egyptian myth of Iris and Osiris involve a life-giving blow job, if you're looking for proof). But somehow, we've never quite settled on what exactly we want to call oral sex. As slang historian Jonathon Green's interactive chart of oral sex terms used since the 16th century shows, we've been alternating between the descriptive, the cutesy, and the downright gross when describing the meeting of junk and mouth since Queen Victoria's day, at least. But our many terms for oral sex reveal more than our urge as human beings to give nicknames to everything that we love — they also reveal our confused cultural attitudes towards the sex act itself. Is it funny or serious? Is it frivolous or important? And, as every confused middle schooler has wondered, why is it called a blow job unless you're actually supposed to be blowing on something?The stories behind the five oral sex terms below show how many factors influence the way we describe gettin' a mouthful of the fun stuff — from the social groups doing the blowing, to the emotions we're trying to communicate about the act. And just in case you were still wondering: you are not now and never were supposed to blow on anything (unless someone specifically asks you to, of course).

The most common and commonly understood oral sex term in the world didn't come into usage until some time after the first World War. In fact, even though "fellatio" is a Latin-derived term — taken from"fellatus," which means "to suck" — it didn't come into common use until 1894, when sexual researcher Havelock Ellis used it in one his clinical works on sexuality.The roots of the term "blow job" begin a bit earlier than this — in the 17th century, to be exact, when to "blow" meant to bring someone to orgasm. In the same time period, a "blowsy" meant a down-on-her-luck woman (fans of history and/ or Les Miserables may recall what work options were available to women who were down on their luck in the 18th and 19th centuries, and draw their own conclusions).

The term "blow" wasn't applied specifically to fellatio, however, until 1930, when we saw the first recorded usage of it in a pulp novel called Nell Kimball: Her Life as an American Madam . It also featured into a popular underground poem that circulated in 1948 called "The Platonic Blow," which some have tried to attribute to W.H. Auden (with some controversy), and which is about exactly what it sounds like.But while some claim that the term is derived from Victorian prostitute slang referring to performing oral sex as giving a "below-job," the first recorded usage of "blow job" was in a Tijuana Bible — a type of comic book that depicted popular cultural figures engaged in explicit sexual acts — printed in 1948, which featured one McCarthy-era male politician telling another, "You give such good blow jobs." And with that, we never looked back, America!Except to discuss whether it is one word or two words, obviously: The American Heritage Dictionary of the English Language says it's one, while Merriam-Webster’s Collegiate Dictionary and Oxford English Dictionary say it's two, so feel free to style it however your blowsy little heart desires.

This quaint-yet-gross terminology for performing oral sex was developed in the 1950s, possibly as part of the era's boom in teen sexuality, which saw American teenagers engaging in a wider array of sexual acts. This would probably explain why the only place you've encountered this terminology is in the work of people who were actually young in the '50s, like these songs by Leonard Cohen (recorded in 1974) and Lou Reed (1972). (Though Prince, that rapscallion, was still using the term in 1980, in the song "Head.")

The term has, however, marched on in a new form: the totally foul terminology "giving brain," which you may remember as that lyric that grossed you out while you were innocently trying to sing along to T.I.'s "Whatever You Like" in 2008.

Going Down On Someone

The etymology on this term is sketchy — I, like many of us, was introduced to the turn of phrase from Alanis Morrissette's 1995 "You Oughta Know," though obviously the former Angst Mistress General did not invent the term. No one seems to quite agree about when it came into popular usage, but it is undeniable that it has become the oral sex term of choice over the past decade or so.

The term "go down on" brings up 26,300,000 Google search results, while "giving head" only brings up 2,860,000 results. It's not perfectly appealing, but it's the closest we've come to an all-purpose, non-gross, not humiliating oral sex term, which probably accounts for its growing popularity.

But seriously, do you think it's so popular now because we all grew up hearing Alanis sing it about Uncle Joey from Full House (allegedly)? I have my suspicions.