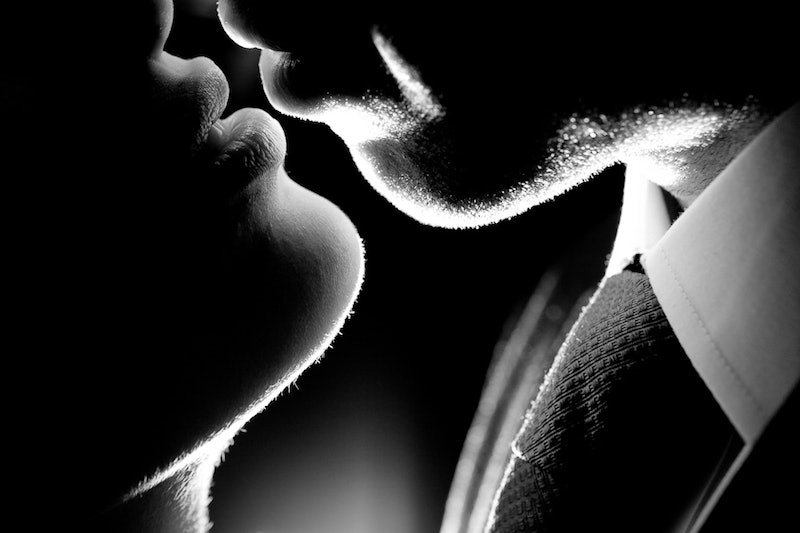 Remember that “First Kiss” video that hit the Internet just about a year ago? Well, just when you'd thought we were done with any and all parodies that might be remotely relevant to it, we've got one more — and it might actually be the best one yet. “FIRST KISS: One Year Later” hilariously imagines what one pair of subjects from “First Kiss” might be up to a year after the fact… if, that is, they hadn't moved from the spot where they shared that first kiss. At all. The premise is that they just stayed there, in that studio, with a camera crew shooting every single one of their “firsts” as a couple over the course of one incredibly eventful year. And yes, it's as laugh-out-loud funny as you think it is.

To be honest, I didn't have as much of a problem with the original “First Kiss” video as lot of people did; I mean, yes, it turned out to be a fashion film (but that shouldn't really have been a surprise — the credits stated that it was produced by Wren Studio, which makes all of the clothing label Wren's fashion films), and yes, it definitely would have benefited from a great deal more diversity — but that aside, the moments captured in “First Kiss” were exactly what they seemed: People who had just met kissing each other for the first time. In some ways, it read like a non-verbal version of the 36 questions experimenthttp: to which the New York Times' “Modern Love” column recently drew attention. It was flawed, sure, but it was still interesting.

That said, though, it was also pretty easy to mock. The parodies flew fast and furious, but this latest one? It's the first one that actually got me to laugh out loud. Produced by Barely Political, it covers all the ground a long-term relationship typically does — and then some. Or rather, and then a lot. Here's a small selection of those “firsts”:

“So do I just hit 'send' whenever?” Yes, sir. Yes, you do. Even though you're standing right across from her. (She's programmed into his phone as “Kiss Girl,” by the way.)

Because gee, wouldn't that be fun with an entire film crew watching?

It's reeeeeeeeeally difficult to respond to “JUST GO AWAY!” when you literally cannot move from the spot you've been occupying for the past month.

As if it wasn't already a fraught enough situation as it was.

There's a baby later on, too. Somebody's been busy.

Spoiler: It definitely does not go as planned.

And, well… maybe you'd just better watch the whole thing to see where it goes from there:

Check out more of Barely Political's stuff over at their YouTube page.