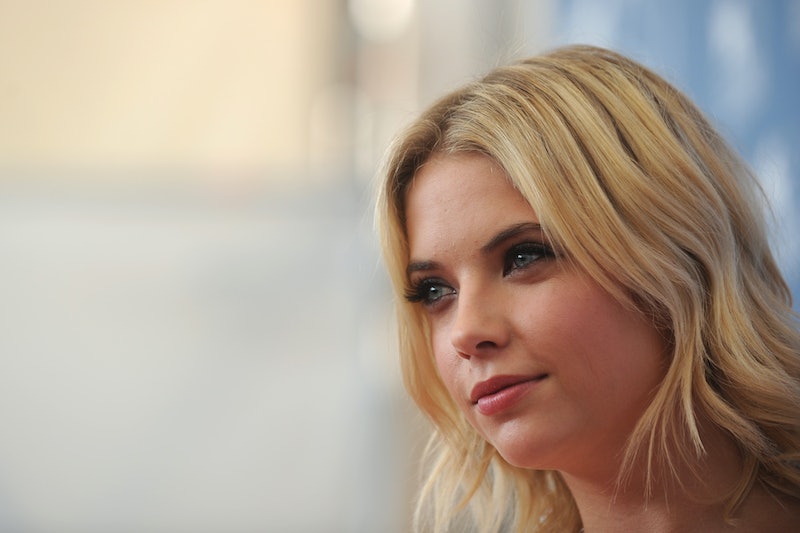 Ashley Benson's always been quite the scene-stealer on Pretty Little Liars — she has some of the best one liners around (my personal favorite might just be this little exchange: Spencer: Control A! Hanna: What the hell do you think I'm trying to do!); and thank goodness for the comic relief they provide in the ever more macabre Rosewood (WHAT'S IN THE BARREL, PEOPLE? COME ON, THIS ISN'T BREAKING BAD). Well, now it looks like she's moved on from scene-stealing to heart-stealing — because Ashley Benson's new cover and photo spread in FHM is pure pinup girl fabulosity to the millionth power.

Anyway, what with new Sports Illustrated cover model Hannah Davis (as well as first-ever SI plus-sized model, Robyn Lawley) making major waves, Ashley's decided to make waves her own in what might just be the bombshelliest bombshell-fest, ever. The cover is very apocalyptic-badass meets Baywatch — she's side-eyeing us all over the tops of her cat-eye sunglasses with piece-y, "I just saved the world single-handedly, so now what?" hair and a red one piece that might as well be singing "Baby Got Back." The rest of the pics are pretty great as well — she definitely gives those Sports Illustrated models a run for their money.