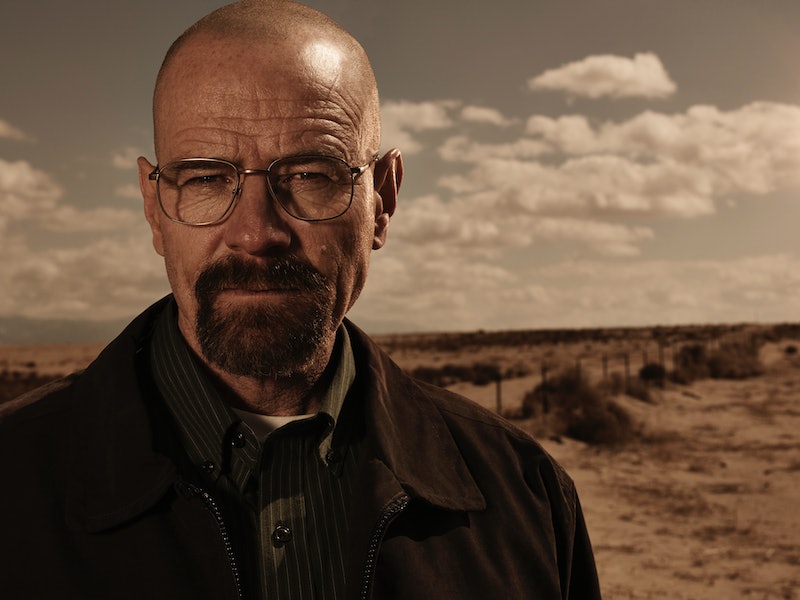 Those of you still arguing over whether or not (spoiler alert!) Walter White really died in the Breaking Bad finale? Well, if you ask the Albuquerque Journal — and, of course, Vince Gilligan himself — you are all simply conspiracy theorists. Days after the critically acclaimed series wrapped its run, the newspaper paid tribute to Bryan Cranston's chemistry teacher-turned-meth kingpin by running an obituary celebrating his life. As the obituary submission reads:

Walter White, aka "Heisenberg," 52, of Albuquerque, died Sunday after a long battle with lung cancer, and a gunshot wound. A co-founder of Gray Matter, White was a research chemist who taught high school chemistry, and later founded a meth manufacturing empire. He is survived by his wife, Skyler Lambert; son Walter "Flynn" Jr.; and daughter Holly. A private memorial was held by his family. In lieu of flowers, donations can be made to a drug abuse charity of your choice. He will be greatly missed.

A fantastic tribute, for sure, but there are some problems with Albuquerque Journal readers' obituary. For one, it's unlikely the White family — who saw one member, Hank, killed thanks to Walt's actions — would rally around the patriarch (unless, of course, the memorial served free breakfast). Secondly, the obituary fails to mention his crimes against both humanity and pizza. Thirdly, all donations should be given to either Gretchen and Elliott's fun or the "Free Huell" movement, right?