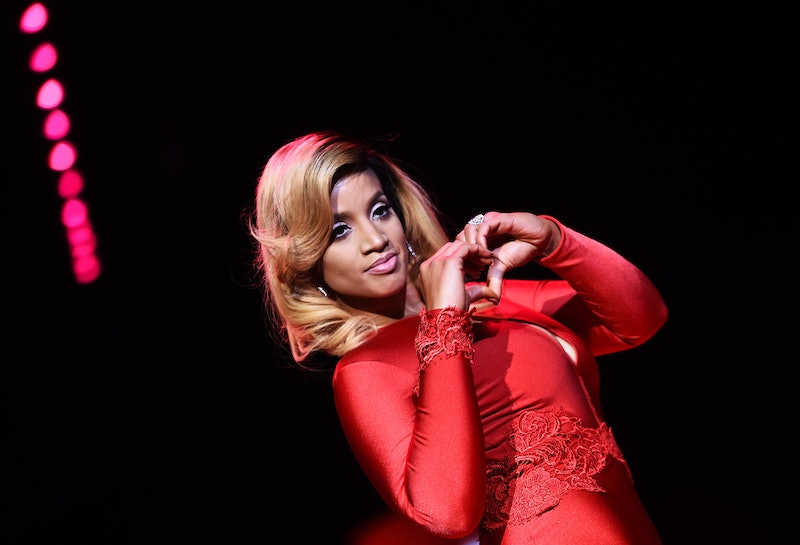 For decades, the small screen has been populated primarily by white, thin women whose bodies conform to a very specific "standard" of beauty. These women are beautiful, no doubt — not because of their adherence to these narrow beauty standards, but because there is inherent beauty in all women. But thankfully, the range of female faces and bodies depicted on television and in other media is beginning to broaden.

Danielle Brooks and Dascha Polanco on Orange Is The New Black, Sarah Baker on that epic episode of Louie, and of course, Whitney Way Thore, star of the new TLC reality series My Big Fat Fabulous Life, are just a few of the examples of TV's new turn towards featuring more women of different ages, colors, and gender expressions, and showcasing their uniquely beautiful appearances.

Although we've still got a long way to go, these changes are thrilling. They have led to opportunities for some brilliant actresses like the ones noted above and below, who have truly inspiring things to say about body image and ambition. Here are seven women who are standing up to tell the industry that beauty — and success — comes in all sizes.

Riley, who plays Mercedes on Glee, won Dancing With The Stars Season 18 —becoming the first African American woman to do so. She hopes that her win will inspire women to pursue their dreams without regard to their appearance:

Dunham has been unafraid to show off her body on her HBO series, Girls, and unafraid to talk about body image in her book, Not That Kind of Girl. When it comes to her attitude about her own body, she told Gothamist why she doesn't dwell on size:

"I have sort of a Zen body philosophy, I'm sort of like: we're one weight one day, we're one weight another day, and some day our body just doesn't even exist at all! It's just a vessel I've been given to move through this life. I think about my body as a tool to do the stuff I need to do, but not the be all and end all of my existence."

Brilliant film and TV funny lady and body positive warrior Melissa McCarthy takes criticism hard, but recognizes that all bodies are different, and no one will ever feel like they fit the "ideal":

"I’ve never felt like I needed to change… I’ve always thought, 'If you want somebody different, pick somebody else.' But sure, criticism can sometimes still get to me. Some things are so malicious, they knock the wind out of you.

"Pretty much everyone I know, no matter what size, is trying some system. Even when someone gets to looking like she should be so proud of herself, instead she’s like, 'I could be another three pounds less; I could be a little taller and have bigger lips.' Where does it end?"

As a cast member on the size/color/age/gender norm-defying show Orange Is The New Black, Dascha Polanco is part of a diverse group. As a tall, full-figured woman and a Latina, Polanco didn't see many women who looked like her on television when she was growing up. But she never doubted her ability to succeed. Speaking at Syracuse University in November 2014, Polanco reflected on body image and self worth:

"When you look at yourself in the mirror — and we all do that … society affects us, and makes us believe [our bodies] are an obstacle. But it's how you feel about yourself that matters."

The viral video "Fat Girl Dancing" — featuring near 400-pound dancer and dance instructor Whitney Way Thore — inspired a new reality series on TLC, My Big Fat Fabulous Life. On the show, Thore exudes body confidence while also recognizing the fact that she may need to lose a few pounds to be healthy. Speaking to The Gloss, Thore said that being fat is part of who she is, but she doesn't let it govern her life:

"People still don’t want to confront the word, even with P-H-A-T, like, 'Whitney, you’re not fat, you’re phat.' I’m like no — I’m fat! It’s just a word. It is what I am; I’m just not embarrassed of it. It’s not a shameful thing for me. I have struggles and I have different issues that go along with being fat, just like everyone has issues, but I’m not embarrassed of the fact that I’m fat. On the other hand, I’m also not proud that I’m fat. People say that a lot: 'Why are you proud to be fat?' I’m just proud to be myself, I just happen to be fat."

Sidibe —who currently plays Lucious Lyon's assistant on Fox's Empire — has never shied away from her size. She has proven that women of all sizes can accomplish amazing things — like winning 19 awards for her breakout performance in Precious. And when the haters have tried to bring her down, she has always responded brilliantly. In May 2014, she gave a fantastic speech on confidence at the Ms. Foundation for Women's Gloria Awards, speaking about her experiences with bullying, and how she reached a powerful realization:

"If I hadn't been told I was garbage, I wouldn't have learned how to show people I'm talented. And if everyone had always laughed at my jokes, I wouldn't have figured out how to be so funny. If they hadn't told me I was ugly, I never would have searched for my beauty. And if they hadn't tried to break me down, I wouldn't know that I'm unbreakable."

Perhaps Mindy Kaling said it best in her book, Is Everyone Hanging Out Without Me? : we all think about our bodies, but it shouldn't be our top priority. There are far more important things to focus on in this life:

“If someone called me chubby, it would no longer be something that kept me up late at night. Being called fat is not like being called stupid or unfunny, which is the worst thing you could ever say to me. Do I envy Jennifer Hudson for being able to lose all that weight and look smokin’ hot? Of course, yes. Do I sometimes look at Gisele Bundchen and wonder how awesome life would be if I never had to wear Spanx? Duh, of course. That’s kind of the point of Gisele Bundchen. And maybe I will, once or twice, for a very short period of time. But on the list of things I want to do in my lifetime, that’s not near the top. I mean, it’s not near the bottom either. I’d say it’s right above 'Learn to drive a vespa,' but several notches below 'film a chase scene for a movie.'”

More like this
Jane Lynch Revealed Why She’s Leaving 'Funny Girl' After Lea Michele Was Cast
By Grace Wehniainen
Cardi B’s Shiny Hair Hack Involves Just 1 Item You Probably Already Have
By Stephanie Topacio Long
Strictly’s Rose Ayling-Ellis Has Introduced The First Barbie With Hearing Aids
By Darshita Goyal
At 14, Tatiana Maslany Was Obsessing Over Tamagotchis & The Spice Girls
By Gabrielle Bondi
Get Even More From Bustle — Sign Up For The Newsletter