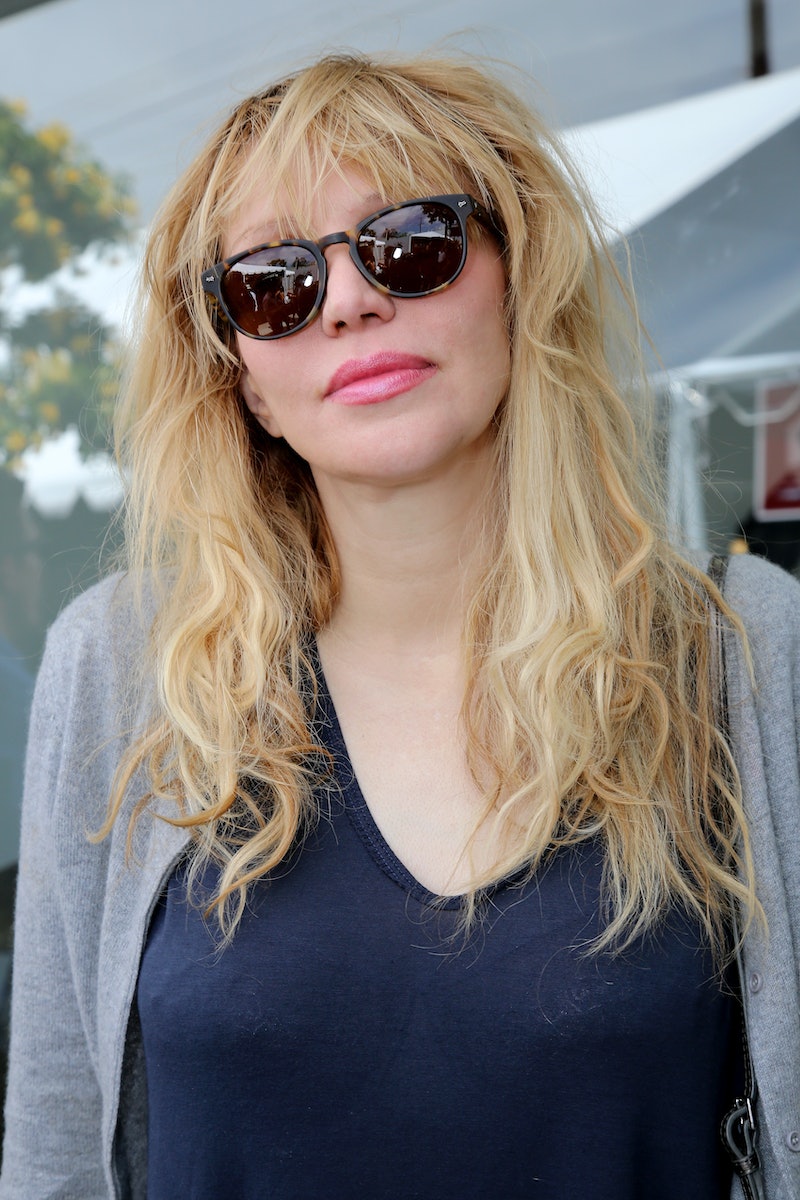 The Empire guest stars continue to impress. This week, Courtney Love will play Elle Dallas, an artist who hasn't recorded an album in decades. Will producing Elle Dallas bring Cookie the glory she's been looking for? Love will be covering Al Green's "Take Me To The River" in the episode, so this is definitely not one to miss. Last week, Cookie produced Jamal's track over the phone. She's clearly gifted at this. How will she fare with this veteran artist?

According to a sneak peek of "Out, Damned Spot" on TVLine, Elle Dallas is in danger of getting dropped by Empire. This is probably where Cookie, who is branding herself as a champion of talented underdogs, steps in. Their recording session gets a little unconventional, too. Frustrated, Cookie has Elle strip herself of her hair and makeup and try a more raw approach to the song. I'm loving this trend on television this season. We've seen it before with Annalise Keating on How To Get Away With Murder. From the looks of the episode, we are in for a real acting treat. Love may not be known as an actress, but all performers know how to bare their emotions and really let go in front of other people.

The conflict doesn't end in the studio either. Elle Dallas is also addicted to drugs, and Cookie is not having it. Even if Dallas hasn't produced a record in ages, she can still be a diva. Luckily, Cookie knows the drug world almost as well as she knows the music world. I don't think anything is getting past her.

It's awesome to see so many strong relationships between female characters on television. You might think Empire is all about a father and his sons. However, the female characters are really shining and are neither banded together nor clawing each other apart. It's refreshing to see so many different dynamics at play. The relationship between Cookie and Elle will add another layer to that, and I see a lot of potential for real friendship and understanding between them.

We also don't often get to see a female character in this sort of teaching, mentoring role, especially with another woman, and especially with a woman close to her in age. Women are often protrayed as nurturing mothers in film and television, but not as the wise professor you're going to tear up your textbook and stand on a desk for, you know?

I'm just as concerned for Cookie's rise to the top as I am for Jamal and Hakeem. Tiana is entangled with Hakeem at the moment, so Cookie might need another artist to distance herself from her family drama and make a name for herself as a producer. If you aren't convinced that Elle is just who Cookie needs to prove how talented she is an industry that may have forgotten about her, listen to Love's Al Green cover ahead of the episode below. I can't wait to see how they get that sound!