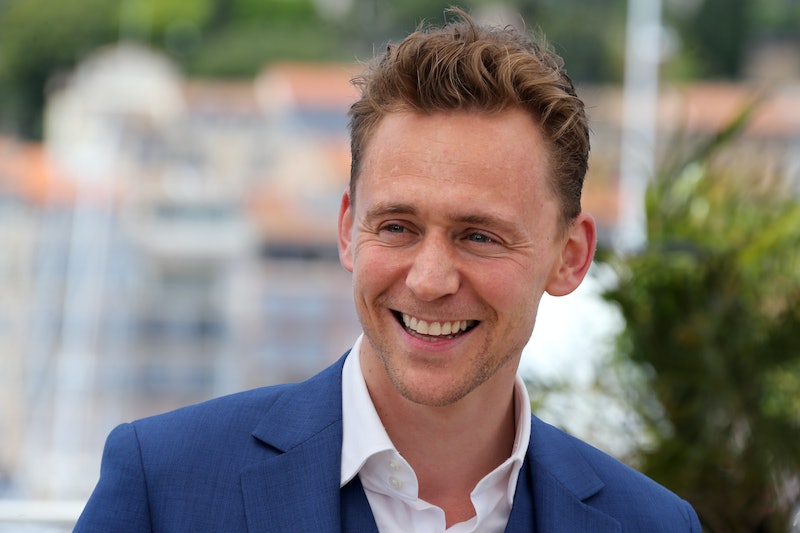 February holds one of the most important holidays, and no, I'm not talking about Valentine's Day. I'm talking about Tom Hiddleston's birthday on Feb. 9. This year the actor is turning 34 and coming off a pretty great 2014. He's won awards, raised awareness for charities, scored cool movie roles, and he deserves to have a great 34th birthday in celebration of his eternal perfection. I know he's a modest man who would never straight out ask for gifts, but presents are fun and he deserves some goodies—especially from his best friends. That got me thinking, what would Benedict Cumberbatch get Tom Hiddleston for his birthday? I'm sure it would be a really thoughtful gift whatever it might be.

The two British actors have been buddies since they met on the set of War Horse in 2011. That's the only film they've been in together, but they have remained good friends ever since. The two can often be seen speaking highly of one another's talent and while they're both busy and don't get to see each other often, I'm sure they're the kind of friends who send each other gifts on their birthdays.

With that in mind I imagined eight gifts Cumberbatch might have gotten for Hiddleston to celebrate another year of his amazing life.

Hiddleston loves to travel, so what if Cumberbatch planned a guys' trip for the two of them to some exotic location? If this ever happens I am going to need so many photos of it.

Hiddleston, bless his heart, owns about five different items of clothing. I'm all for celebrities recycling outfits, but it might be nice for Hiddleston to get a couple of new items for his wardrobe. Besides, Benedict Cumberbatch's style has been so on point lately that he'd be an excellent person to choose clothes for Hiddleston.

An Invite To The Oscars

It's hard to get into the biggest awards ceremony of the year. But since Cumberbatch is nominated he gets to go, and he can bring a buddy. Maybe this time he'll leave his fiancee at home and bring Hiddleston instead. (Imagine both of them together with their hilarious red carpet antics; it's too much.)

It's not secret that Hiddleston is obsessed with William Shakespeare. I'm sure he would be uncontrollably excited if Cumberbatch tracked down a first edition of one of Shakespeare's plays.

Tickets To A Tennis Match

The only thing he likes more than Shakespeare is tennis, so Cumberbatch should totally score Hiddles some tickets to watch a match. Better yet he should convince one of Hiddleston's tennis idols to play a set with the actor. Although maybe not, because Hiddleston might die of excitement.

Hiddleston's a pretty simple guy when it comes to his pleasures. He loves desserts and you can't go wrong with chocolate.

The Pleasure Of Being His Child's Godfather

Tom Hiddleston is great with kids. And truth be told, I'm still sad that Chris Hemsworth had three children and didn't name his on-screen brother as any of their godfathers. Cumberbatch can right this wrong by letting Hiddleston be his unborn child's godfather. Or at least the cool uncle. Hiddleston would rock that role.

A Donation To The Charity of His Choice

Hiddleston is big on philanthropy and not so big on material things (see: five item wardrobe), so he would probably really appreciate if Cumberbatch just donated his time and/or money to a cause that Hiddleston cares about.

A very happy birthday to you, Tom Hiddleston! May your gifts be as wonderful as you are.