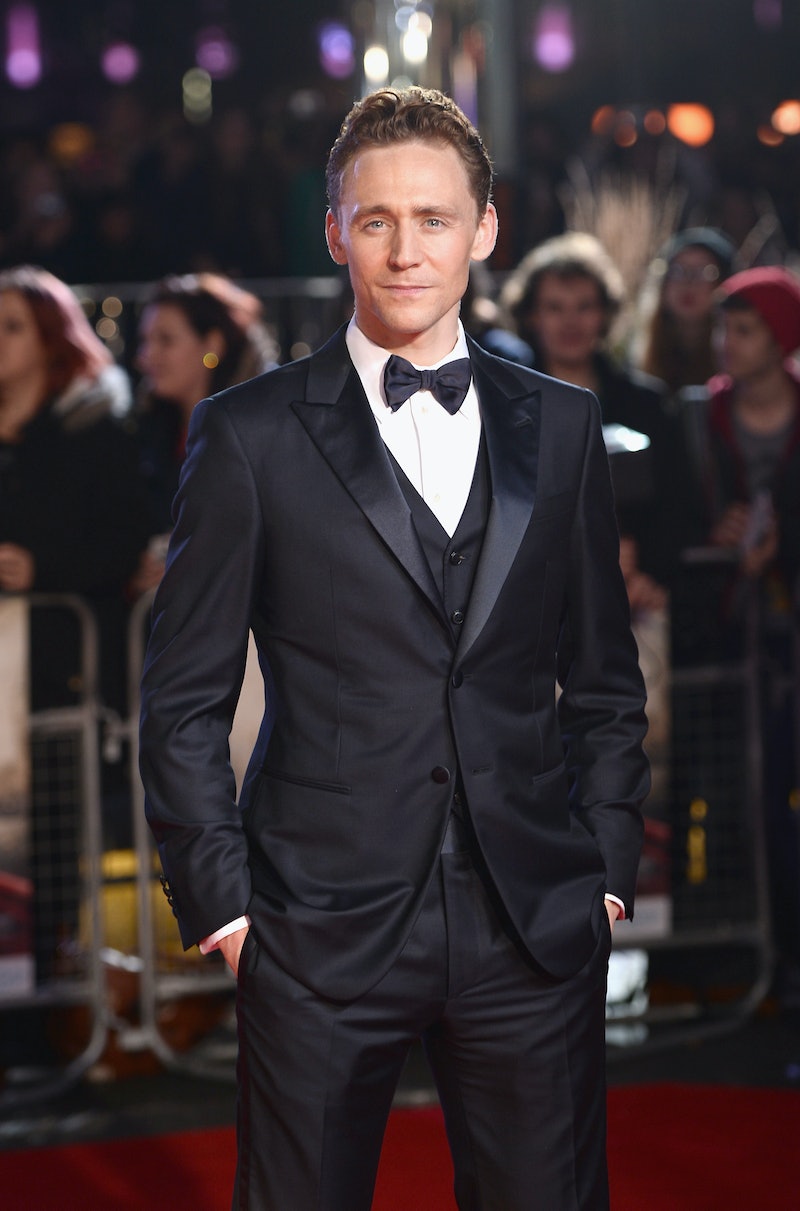 I feel pretty certain that Benedict Cumberbatch is going to keep the wedding planning details to himself. The newly engaged actor doesn't have social media accounts and he announced his engagement to Sophie Hunter the old-fashioned way: in a print newspaper. But the lack of information we have about when his wedding will take place or who will be there, will not stop me from planning the wedding myself and making some humble suggestions. For example Benedict Cumberbatch's best man should be Tom Hiddleston. It makes perfect sense if you think about it for a second, and I'm not just suggesting it because both of those men in the same room equals perfection. I think Hiddleston would make an excellent right-hand man when it comes to wedding-related details.

Now, the role of a best man is vastly different than that of a maid of honor. Since the bride makes a lot of decisions herself: what kind of dress, band, color scheme, etc. the MoH helps with that. The job of a best man is much simpler, though no less important. According the Real Simple best man checklist, he's responsible for a number of things, including the following: helping the groom choose a tux and get ready on the wedding day, organizing the bachelor party, making a toast, and keeping the rings safe.

If I ever get married (and it's not to Tom Hiddleston), you can bet I'll wish for someone like him on my husband's team because Hiddleston will be able to perform these duties above and beyond. Here are eight reasons why he's really the best and only choice for Cumberbatch's wedding party.

Who better to choose for your best man, than your best friend? Now, Hiddles and Cumberbatch haven't publicly announced that they're best friends, but all the signs are there. They've been buddies since War Horse in 2011 and stood by each other's side while both of their careers took off. Plus, they nominated each other for the ice bucket challenge, and if that doesn't say BFFs, nothing does.

HE'D BE GREAT ON THE DANCE FLOOR

Hiddleston's dance skills would ensure that a.) the reception has a wow factor and b.) he'd likely engage others to join. His raw enthusiasm would prompt even the worst wallflowers to join in, which is good because an empty dance floor is too sad for a wedding.

HIS TOAST WOULD BE THOUGHT-OUT AND POETIC

I sweat that Hiddles was a poet in another life because even his tweets are full of beautiful, flowing prose. If you want a killer speech peppered with Shakespeare quotes (and this is Cumberbatch so of course he wants that), you have to call on Hiddleston.

HIS BACHELOR PARTY WOULD BE CUMBER-APPROVED

Personally I just can't see Cumberbatch as the strip-club type. I feel like Hiddles would take that into account and plan a bachelor party that's more about fun than it is seeing boobs.

HE KNOWS HOW TO PICK A SUIT

If a best man has to assist Cumberbatch with both the tux-picking process and the day-of prepping he's going to want a best man with a good sense of style. Fortunately Hiddleston was recently named Glamour' s best-dressed man, so he comes highly recommended. Any one who looks that good in a bow tie is certainly adept for the clothes-picking process.

HE KNOWS HIS DESSERTS

Say he was called in to help the bride and groom choose their cake? Well good thing Hiddleston is a pudding connoisseur. (And by pudding, he means desserts. Brits use both words interchangeably.) If anyone is good for a second opinion on a dessert, it's Hiddleston.

HE NEVER LOSES ANYTHING

The man owns scarves from, like, a million years ago. So you know he would be a trustworthy guy to take care of the wedding bands.

BECAUSE THIS EXCHANGE HAPPENED

Context be damned, I'm totally going to pretend this was Cumberbatch and Josh Horowitz talking about his best man options. He said it himself: It's got to be Tom.