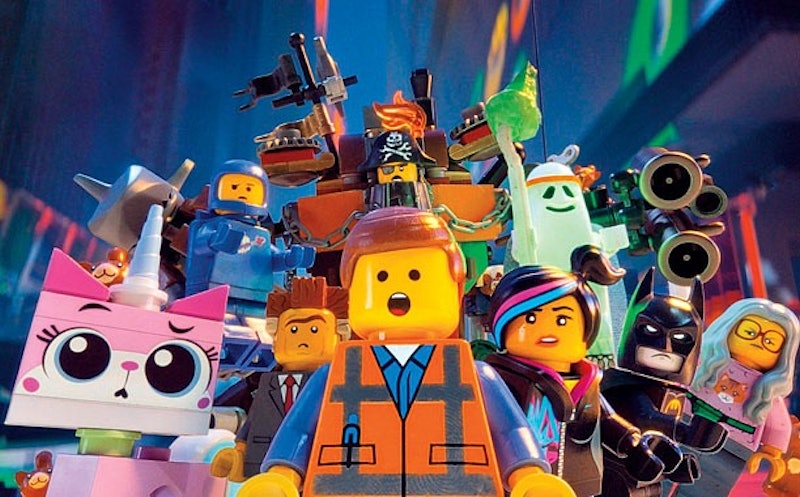 In general, I tend to agree with the Oscar nominee committee. After all, they certainly know better than I do, especially since I have a bad habit of falling in love with every movie I see, even the ones that critics slam. But when the Oscars snubbed The Lego Movie this year, I was outraged. Not only because it was adorable, but because even I could tell that it was destined for greatness. Between the humor, the insanely detailed animation, and sheer volume of ridiculously famous people they managed to rope in for the voice cast, the movie obviously deserves some recognition this award season. There are a couple of other people who felt the same way: The Lego Movie directors, who mocked the Oscars at the BAFTAs on Sunday when they were awarded Best Animated Film.

According to The Hollywood Reporter, when Phil Lord and Christopher Miller took the stage to accept their award, they also took the opportunity to make it known that they do not forgive the Oscars for their lack of a nomination. Their speech went a little like this:

“You guys win the award for best Academy. This is the end of the awards road for us, so we can say whatever we want. There’s no one left to impress."

It's OK, guys — I don't forgive them either. I thought the movie was brilliant and should win every award this season.

And after all of this, there is some good news. Not only was The Lego Moviefinally given the honor it deserves, but Lord and Miller revealed backstage that the sequel is coming along, slowly but surely. See? Everything really is awesome.