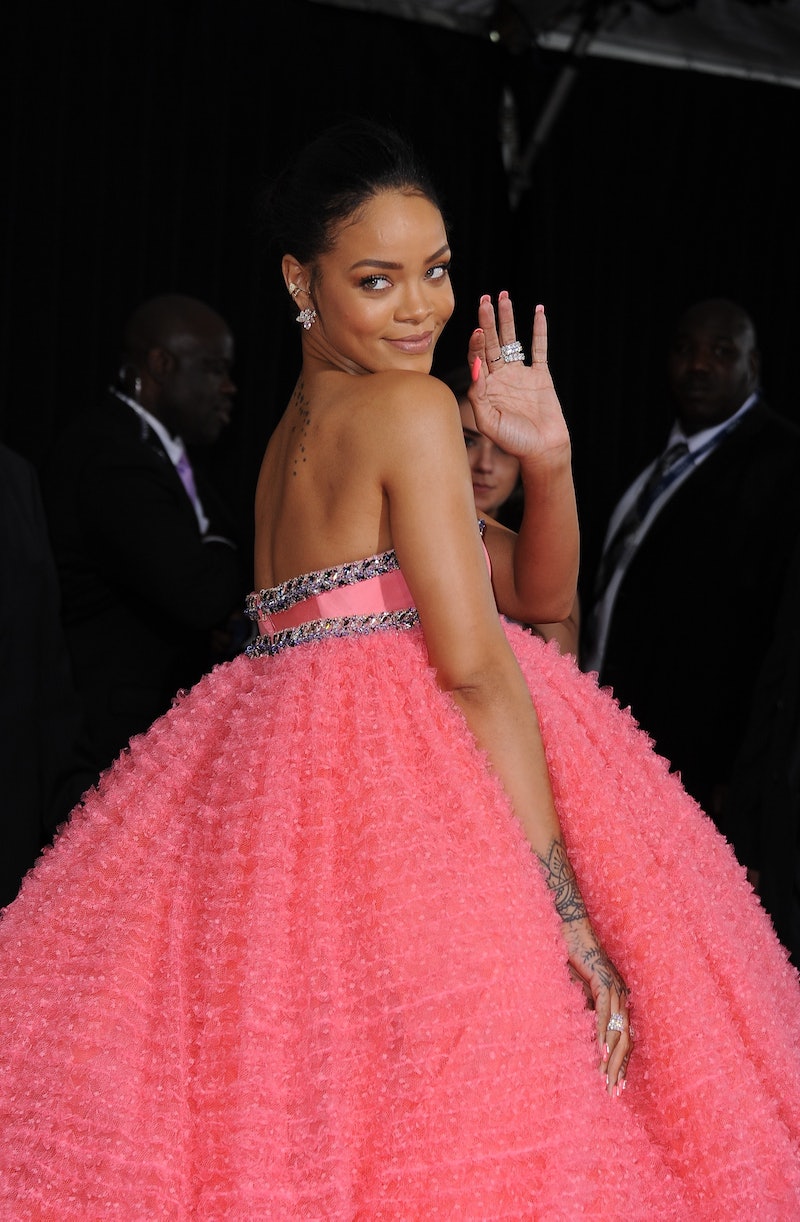 Look, I love Beyonce more than most people should. The fact that Beck just won album of the year when Beyonce was maybe the most life-changing work of music that I've encountered in years has shattered my entire worldview. Bey is basically my everything. And the only thing that could soothe my pain at a time like this is a glimpse of Bey's one true heir, baby Blue Ivy. Luckily, Twitter answered the call in the form of a photo of Rihanna & Blue Ivy at the Grammys building a mutual admiration society in the audience. All is well again (well, it won't be right until Beck pays to get his Grammy re-engraved with the correct name, but this is damn close).

Of course, beyond the immense weight of adorableness that comes with this photo (seriously, I feel as though I am being crushed by cuteness — it's hard to breathe), there comes an extra layer of positivity. Bey and Riri fans are all too familiar with the rumors that these two musical powerhouses can't stand each other (Can we just enjoy some music without pitting two women against each other for once? No? Really?). Seeing Rihanna in her giant cupcake dress, playfully hanging out with Bey's little girl just warms my heart. What's more is that Ri is reaching into either hug or pick up Blue — that's not the move of someone who's feuding with Blue's mother, now is it?

Either the rumors are nonsense (please let this be true), or whatever tension exists between Bey and Riri is insignificant enough to allow this glorious moment of sweetness to grace our computer screens. How could anyone keep these two apart?