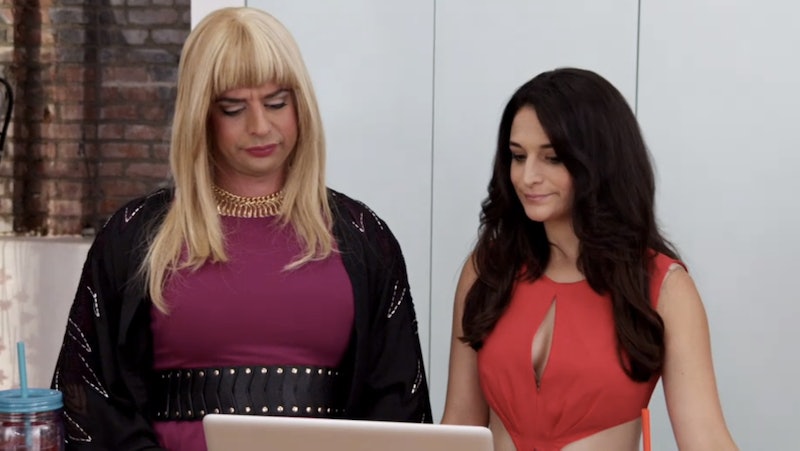 It's official: Nick Kroll is one of the funnier comedians on TV today. Not only is he dating the queen of comedy Amy Poehler, but his take on pop culture and what it means to be a celebrity is unique and eye-opening perspective to a modern audience. For the uninitiated, Comedy Central's Kroll Show is a collection of sketches from the comedian and his hilarious friends, often utilizing real life situations and people as food for their fodder.

In this clip, we see Liz and Liz (played by Kroll and Slate) learning about the Illuminati in preparation for a meeting with a new client, played by Nathan Fielder. And as it turns out, Jay Z doesn't run the illuminati, lizards do. Yep, at the top of every major organization, including the United States White House, is a lizard. Makes sense.

Apart from seeing Kroll in more makeup than a drag queen, this clip is particularly delightful thanks to Jenny Slate. "Believe it or not, I was shocked to learn it was lizards that run the world," she says.

You can catch the full episode of Kroll Show this Tuesday, February 17 on Comedy Central.