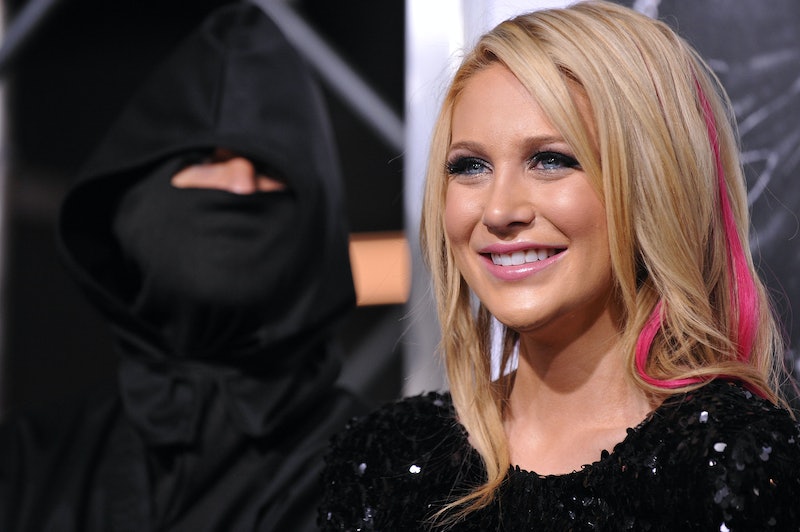 If you weren't just a little bit addicted to The Hills when it aired on MTV, you weren't doing reality television right. Say what you will about the binge-watching high-drama TV like Dance Moms or Vanderpump Rules — The Hills had all of those feuds and friendships beat. Lauren Conrad's Laguna Beach spinoff may have been heavily edited (and, OK, even kind of scripted), but you can't deny that it was enthralling all the same. And as much as I loved watching Conrad and Heidi Montag's tumultuous friendship play out onscreen, I have to say that I was always a little more invested in the secondary characters of The Hills . Stephanie Pratt always fascinated me, possibly because it was always so hard to figure that lady out. Where did her loyalties lay? Was it with her gal pals Lauren and Audrina, or was it with her brother, Hills villain Spencer Pratt? Lady Pratt was always highly underrated (and, let's be real, a bit more interesting to watch than the lovely-but-way-too-together Whitney Port) and luckily, the world seemed to recognize that after her time on The Hills ended.

So what has Pratt been up to since the series ended in 2010? Unlike Conrad, who dipped out of reality TV the minute she was able to bounce from her Hills contract, Spencer's sis jumped right back on the reality TV wagon. In 2013, Pratt joined the very Hills-esque U.K. reality series Made in Chelsea, a show about the lives of affluent West Londoners. In between the star also appeared on Celebrity Big Brother — an adventure that lasted all of 19 days. She also had a recurring role on Made in Chelsea spinoff series, NYC, which was recently broadcast on Bravo.

But that wasn't the only time we saw Pratt's face on Bravo. Nope — this lady looked for love with Patti Stanger on The Millionaire Matchmaker in January of 2015. It's not just Stanger helping Pratt find her perfect match, but her brother and sister-in-law — better known as Speidi to reality TV fans.

So how did things work out for Steph? It looks like she could have found a match — her date with Stanger's pick Trevor went swimmingly and ended with a kiss atop the Ferris Wheel. But while she may have looked for love on The Millionaire Matchmaker in January, she reportedly found it in October of the previous year — according to The Daily Mail, she's dating her Made in Chelsea co-star Josh Sheperd. And he's a cutie.

Sheperd isn't the only former reality co-star that Pratt has hung out with lately. Though they had plenty of ups and downs on The Hills, Pratt recently hung out with Conrad at a baby shower for their mutual friend Hannah Skvarla, who is Conrad's business partner for their non-profit Little Market.

Awww! It looks like friendships made on The Hills last forever. (Well, except for most of them.)

Keep on working it, Pratt. You're a reality TV staple we'd all hate to lose.