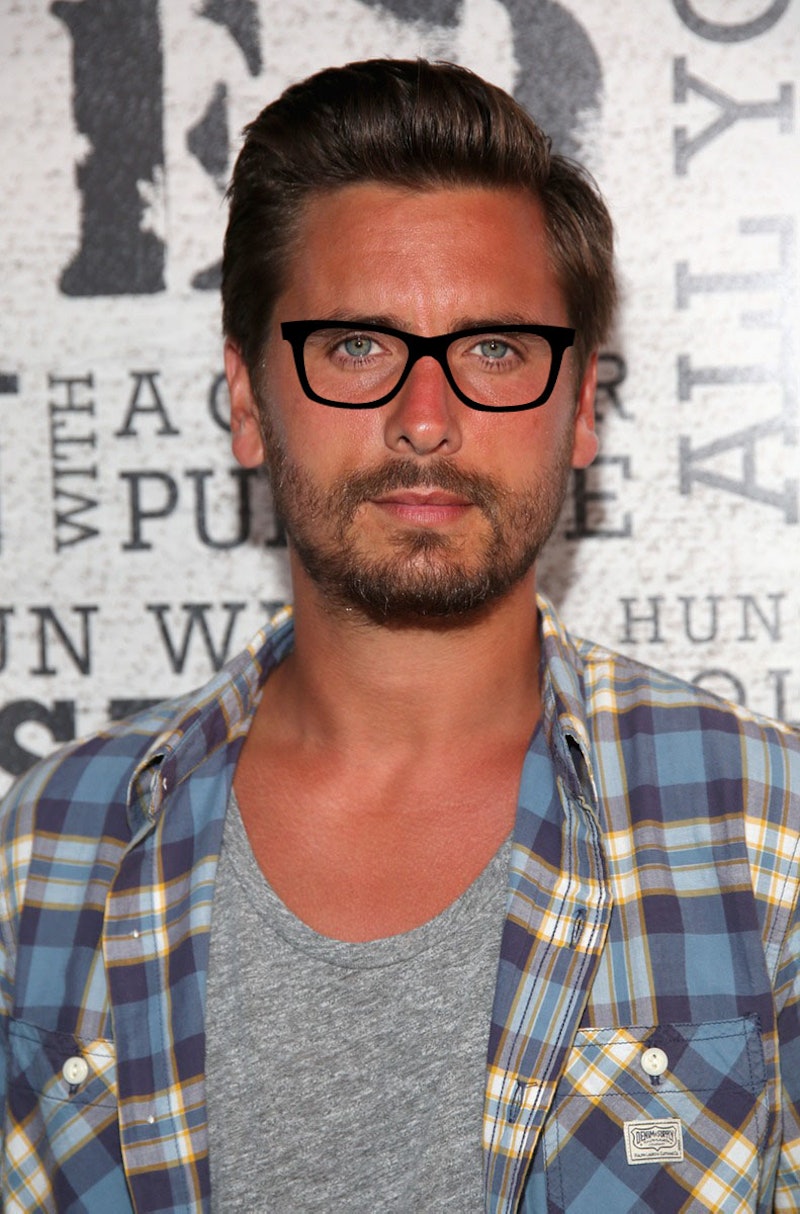 It's a scientific fact: People who wear glasses are just better at life. No, really. Back in 2011, a German scientist did a bunch of research and found that wearing glasses makes you more appear more attractive, likable, trustworthy, and successful. It's no wonder then that awful human bro at the Grammys, John Mayer decided to sport some Buddy Holly-esque spectacles. They looked so good on the crooner that it almost made all of us forget how insufferable he really is (key word: almost).

It made me think: Could slapping on some frames be the cure for complete and utter douchebaggy broness? It's a real syndrome that's running rampant in Hollywood. I'm no PR wizard, but if you ask me, I think the only quick-fix solution for saving a bro from the point of no return is giving him some eyeglasses. Of course, this is only a temporary fix. And it only blinds us from their true misfortunes for, like, a minute. But, hey — that's one minute longer than we would've otherwise, right?

To prove my theory, I've gone ahead and given what I've now coined as "The John Mayer" treatment to some of Hollywood's biggest bros. Oh, and a disclaimer: Not all of these dudes are completely unfortunate. I just think their look could benefit from some specs.

If only he decided to wear a pair of glasses during his self-loving Oscar speech. Or in any of those Lincoln commercials. If only.

OK, Dane Cook with glasses. We forgive you for stealing those jokes. For now.

It's a much more high-fashion look than his hater blockers.

Wait, why doesn't Zac Efron wear glasses like this all the time again?

Well, well, well. Look who's all Good Will Hunting now...

Ah, finally. I can now take you seriously. Dale.

This look could really get rid of those last fans standing who keep calling him Marky Mark.

Those glasses almost hide the fact that he spent a good amount of his day getting a spray tan.