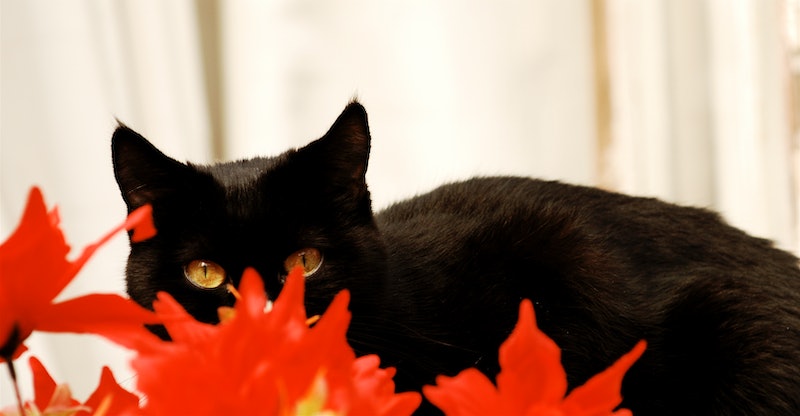 Hold onto your lucky rabbit's foot folks, because today is Friday the 13th. What was once a safe and simple world is now filled with black cats, spilt table salt, and broken mirrors. Today, no one is safe from the superstitions or evils among us.

OK, fine. I'm exaggerating the dangers that accompany this supposedly unlucky day. In fact in some parts of the world, people see this day on the calendar and simply shrug it off. After all, Friday the 13th wasn't even a feared "holiday" until the early 1900s, and was only made worse in the 1980s thanks to some a-hole in a hockey mask.

But still, there are those who wander the streets on Friday the 13th and worry about their fate. You know the people I'm referring to. The ones who avoid stepping on any and all cracks, for fear of breaking their mother's back. The ones who walk around the ladder to avoid an untimely death. Yes, these people know every superstition in the book and pay particular attention to them on Friday the 13th.

Yet there are some myths that even the most superstitious among us may not know about. Perhaps it’s because they only affect certain cultures, or maybe it’s because their aftermath is not as disastrous as others. Either way, you may want to be on the lookout for these lesser-known superstitions on Friday the 13th . . . and every day of the year for that matter.

Turns out a dozen red roses may not be such a sweet gesture. In Russia, some people believe an even number of flowers is a sign of death. And if that weren't bad enough, giving a woman yellow flowers means a man has been unfaithful. So make sure to keep an eye on your Valentine's Day bouquet.

Here’s another tall, Russian tale. According to a Reddit user’s Russian wife, walking under a tilted telephone pole will cause a headache. It’s not quite as dangerous as walking under a ladder, but you should still avoid it.

Looking for an excuse to skip your greens? Here's one. In the 19th century, men believed eating lettuce would prevent them from having children. Talk about birth control!

Loved by both the elderly and hipster communities, this hobby can apparently cause quite the change in climate. People in Iceland are forbidden from knitting outside during the winter months, as it is said to extend the season. We don't know why anyone would want to knit in the cold, but to each his own.

The dirty 30 indeed! Some people in Afghanistan associate the number 39 with pimps and prostitutes. So if your license plate or phone number contains the number, then be prepared for some questionable glances.

Think chewing gum is safe? Think again. In Turkey, anyone who chews gum at night is rumored to be a cannibal. This is way better than the tale about swallowing gum.

Of course we saved the best superstition for last. In Thailand, men wear a palad khik, or penis amulet, around their necks to keep their reproductive organs safe from any evils. Sadly they have yet to create a medallion for women.