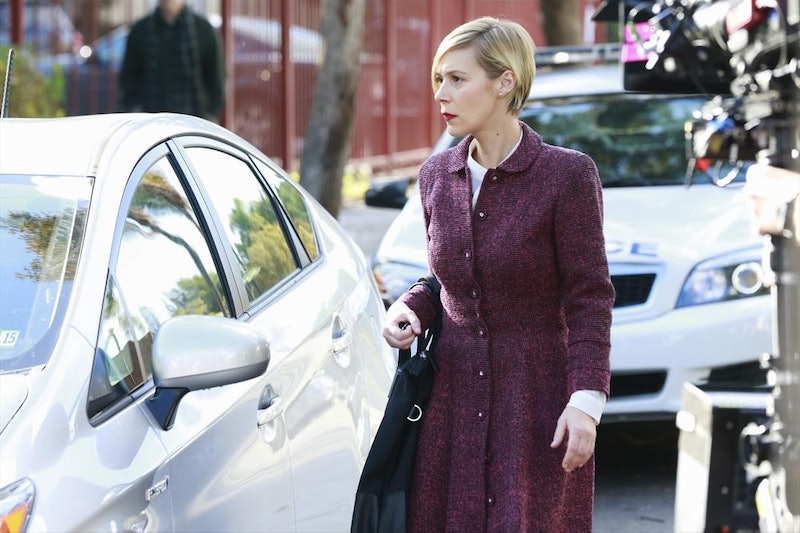 I don't think I've cheered on a trio this hard since Harry, Ron and Hermione. How swift were Annalise, Frank and Bonnie tonight? Not only did Bonnie solve Sam's murder all by herself, while Annalise and Frank framed Nate Lahey on HTGAWM. The episode ended with Nate getting arrested, and I can't say he looked all that surprised. Granted, if I was dating Annalise Keating I wouldn't be surprised either — but that countenance is not going to help his case.

I always knew I liked Bonnie. She noticed that the trophy scales were missing and put together that it was the murder weapon. She quickly covered for the group when the police found the scales, thus buying her way back into the fold. If Bonnie wasn't on such a strong team, I'd suggest she quit the practice and start a new life as a private investigator.

Once she figured out everything, Bonnie warned Annalise not to go down with her students' ship; however, Annalise Keating was, as always, one step ahead of her associate. She and Frank hid Sam's wedding ring in the woods and planted none other than Nate Lahey's fingerprints on the evidence. It was all they needed to arrest a suspect.

Was this the endgame all along? Is Annalise really going to send her lover to jail as an innocent man, or does she have something larger planned? Is she really that heartless? I have to believe that this is just one of many steps to come.

Sure, this takes attention off of Professor Keating's students. Which they could use; those poor children are crumbling by the second. However, it ruins Annalise's own alibi and only makes it look like she asked Nate to kill Sam herself. This might buy them some more time, but it doesn't solve all of their problems.

Especially, might I add, with the looming return of Rudy "Scratches" Waters, prodigal son of Middleton Law.