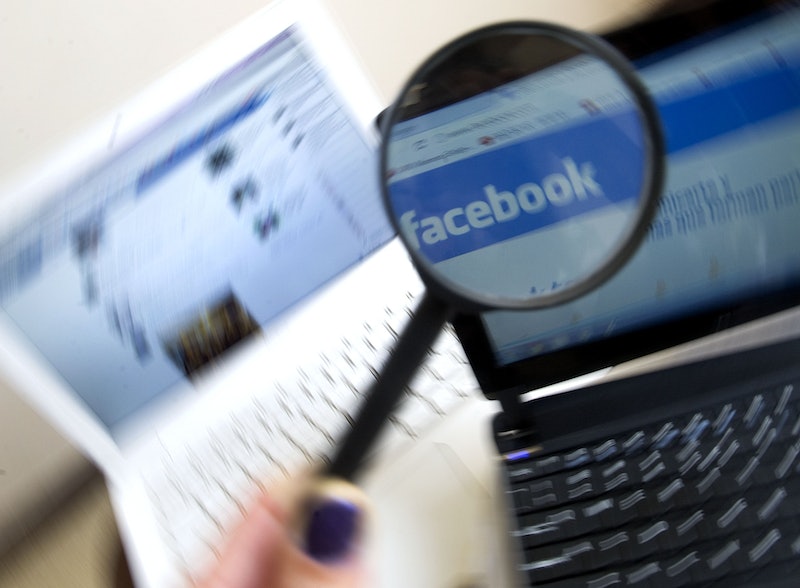 The delightful bearers of this happy, happy news are none other than the University of Houston and Pennsylvania State University. The researchers asked 188 students about their lives, including questions about their relationships; additionally, they looked at the participants' Facebook behavior, particularly as it related to their significant others. What sorts of statuses did the students post? What sort of photos? What did they list as their relationship status?

In the end, they found that there wasn't any evidence that people who talk a lot about their relationships are secretly more unhappy with them. So basically, science want to take away all our sources of online solace and to do so right before Valentine's Day. Thank for nothing, science. We hate you, too.

But before you get too down in the dumps, you should know that there have been a lot of studies done lately about Facebook and romantic relationships, and they don't all quite agree with this latest one — or, for that matter, with each other.

Some studies suggest that people who post a lot about their relationships might be insecure and trying to overcompensate, meaning that the relationship isn't going so well. Others, however, say that people who post a lot report greater satisfaction in their relationships. Others have even suggested that how much you post about your romantic life actually has nothing to do with how you feel about your partner and really just speaks to your personality. And hey, guess what? Yet another study concluded that Facebook is actually a downright threat to your relationship by allowing people to cultivate backup options. Honestly, though, the only study I would trust 100 percent is this one, which says that people posting great things about their love lives are perceived as happier, but also seen as less likable. No one likes a braggart.

Still, people are sufficiently complicated — and out social media lives are so varied — that it stands to reason that you can't say anything definitive about a person's relationship based on their Facebook behavior. True, for a lot of people, Facebook is more about show than reality — in fact, I think we're all guilty of trying to use it that way to some extent — but there can be a million reasons why anyone posts things. Including the fact that they really are just happy.

But the good news is, it's totally possible to hate on relationship over-sharers anyway. At least there's that, right?