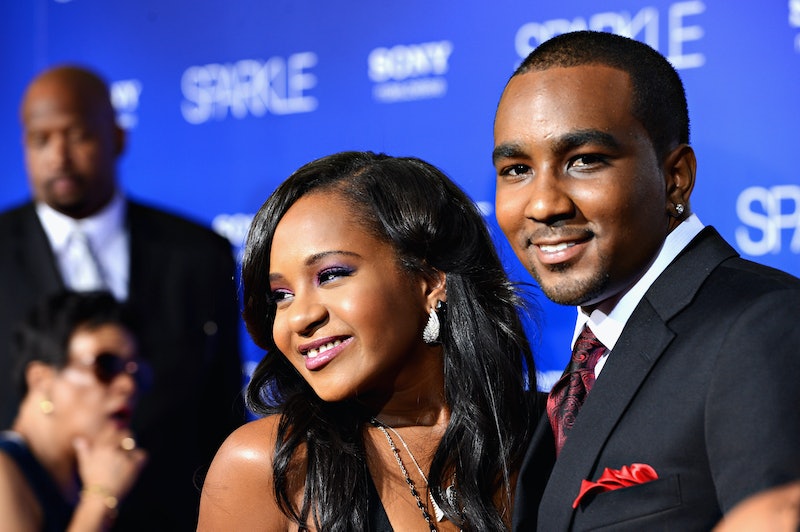 The news of Bobbi Kristina Brown's condition has been plagued with rumors about the nature of the investigation, the possible presence of drugs, and the role her long-time partner Nick Gordon possibly played when she was found unconscious in her bathtub on Jan. 31. Gordon stayed silent about Bobbi Kristina Brown and her tragic incident until Friday, Feb. 13, when his attorney, Randy Kessler, released a statement on his behalf, saying Gordon's "only concern is the recovery of Bobbi Kristina." It's clear that Gordon shares the same wishes of the Brown and Houston families — that Bobbi Kristina is able to recover, and that her health is paramount and the only thing that matters right now.

Gordon's lawyer went on to say: "He remains in constant prayer for his companion and he hopes to be reunited with her soon." Kessler also dispelled rumors that Gordon was going to take legal action against the Brown and Houston families to gain entrance to visit Bobbi Kristina in the hospital. But the statement Gordon released on Friday shows that he only has one priority: for Bobbi Kristina's condition to improve, so her suffering and the grief of her family can come to an end.

Bobby Brown, Bobbi Kristina's father, also gave a statement earlier this week through his lawyer, Christopher Brown, saying that he is tired of the rumors constantly swirling about his daughter's condition:

We support the candlelight vigil for Bobbi Kristina. The Brown family is amazed by the love and support from all that attended. However, the false reports that continue to appear in print and on the Internet are egregious, false and will be dealt with at an appropriate time.

Bobby Brown's statement reflects Gordon's sentiments that this should be a respected, private time of prayer and healing. Bobbi Kristina's aunt, Leolah Brown, recently spoke about "Krissi's" condition, and said that she was doing better and even opening her eyes. Gordon, the Browns, and the Houstons deserve a little peace in this devastating time.