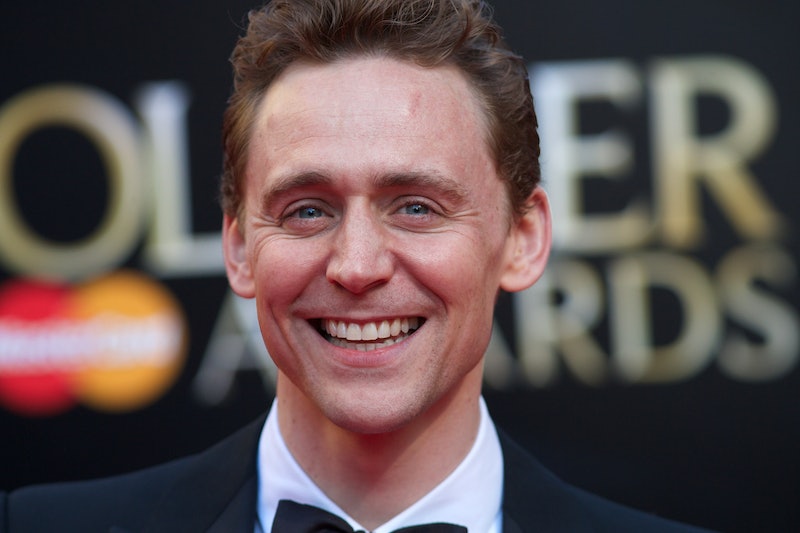 And so, it happened: On Saturday, Feb. 14, Benedict Cumberbatch married Sophie Hunter in a ceremony that not only sounds like something out of a storybook romance — I mean, it took place in a ENGLISH COUNTRYSIDE CASTLE, GUYS — but also like quite the Hollywood affair as well. According to preliminary reports (read: rumors), Cumberbatch's wedding to Hunter may have been attended by all kinds of celebs, including Cumberbatch's The Imitation Game co-star Keira Knightley, and Cumberbatch's Sherlock co-star, Martin Freeman, may have also been the best man. But, now that we know the details of the wedding and who may have been in attendance to star Cumberbatch and Hunter's wedding, it's time to ask the biggest question of all: Was Tom Hiddleston in attendance at Benedict Cumberbatch's wedding?

I know, I know: I ask life's biggest questions. But, seriously, this is sort of a big deal to anyone who's even remotely a fan of Cumberbatch or Hiddleston (which I assume is everyone, because let's be real, have you seen them?), and totally an important question to ponder.

For once, it seems like the answer may be just as simple as the question itself — not an easy feat when it comes to Cumberbatch, considering he's a very private guy (I mean, he kept his wedding a secret until the day before and still hasn't told anyone how he proposed to Hunter!), and Hiddleston doesn't speak much about his personal life as well! So, cherish this moment because I'm about to tell you the answer in literally a few, short words: Yes. Yes, he was. There's proof, in photographic form!

(And of course he looked dapper as ever whilst attending too!)

I mean, when you think about it, it's no surprise that Hiddleson was present for Cumberbatch's big day: He and Cumberbatch have been friends quite some time, and, barring extenuating circumstances, it seems unlikely Hiddleston would miss the wedding. Furthermore, according to a report in UK tabloid The Mirror, Tom Hiddleston may have actually pretty close to being Benedict Cumberbatch's best man. Although reports now are claiming that the honor went to Cumberbatch's co-star Freeman, that doesn't mean Hiddleston wouldn't attend the wedding altogether — not to mention, who else would tear up the dance floor with Cumberbatch if not Hiddleston?!

So, there you have it: Proof that Hiddleston totally attended the wedding, making it sound like even more of a beautiful event than before. Congrats to Cumberbatch and Hunter!