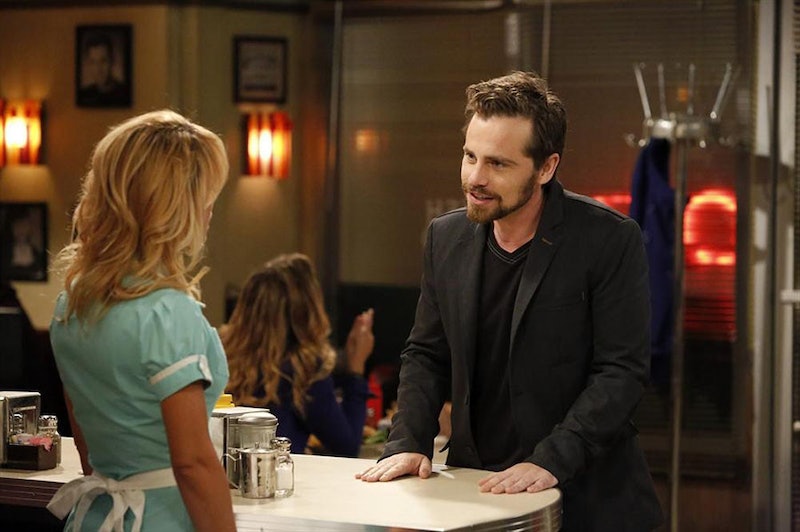 Well, here's some great news for fans of Girl Meets World, and on Valentine's Day nonetheless! So fitting. The writers of GMW have just helped move you guys one step closer to completely mending those hearts that shattered into a zillion pieces when it initially appeared that Rider Strong wouldn't be on Girl Meets World at all: Guest spots were a start to quelling everyone's fears, followed by Trina McGee joining the cast — but learning that Rider Strong is a confirmed a Girl Meets World semi-regular cast member should totally solidify that healing feeling.

Even better, the confirmation comes from the show's brass themselves: Specifically, a fan asked the show's writers on Twitter how long viewers could expect Strong's character Shawn (who has been guesting on the show frequently) to stick around, and writers graciously responded by tweeting that Strong "will stay with us" with a "semi-regular" role. As in, more screentime!

Sure, that response doesn't really leave a lot of room for assumptions to be made about what will take place between Shawn Hunter and Angela Moore's ill-fated romance — who knows if they'll experience that long-awaited happy romantic resolution, but knowing that Strong's character will be a constant, at least for the time being, definitely makes the hoping/wishing more worthwhile.

No word from Strong on how it feels to have more airtime on GMW, but, judging by the absolutely hilarious stuff he says on Twitter, I'm still holding out hope that he'll have some choice humorous words for fans who are understandably thrilled about the news.