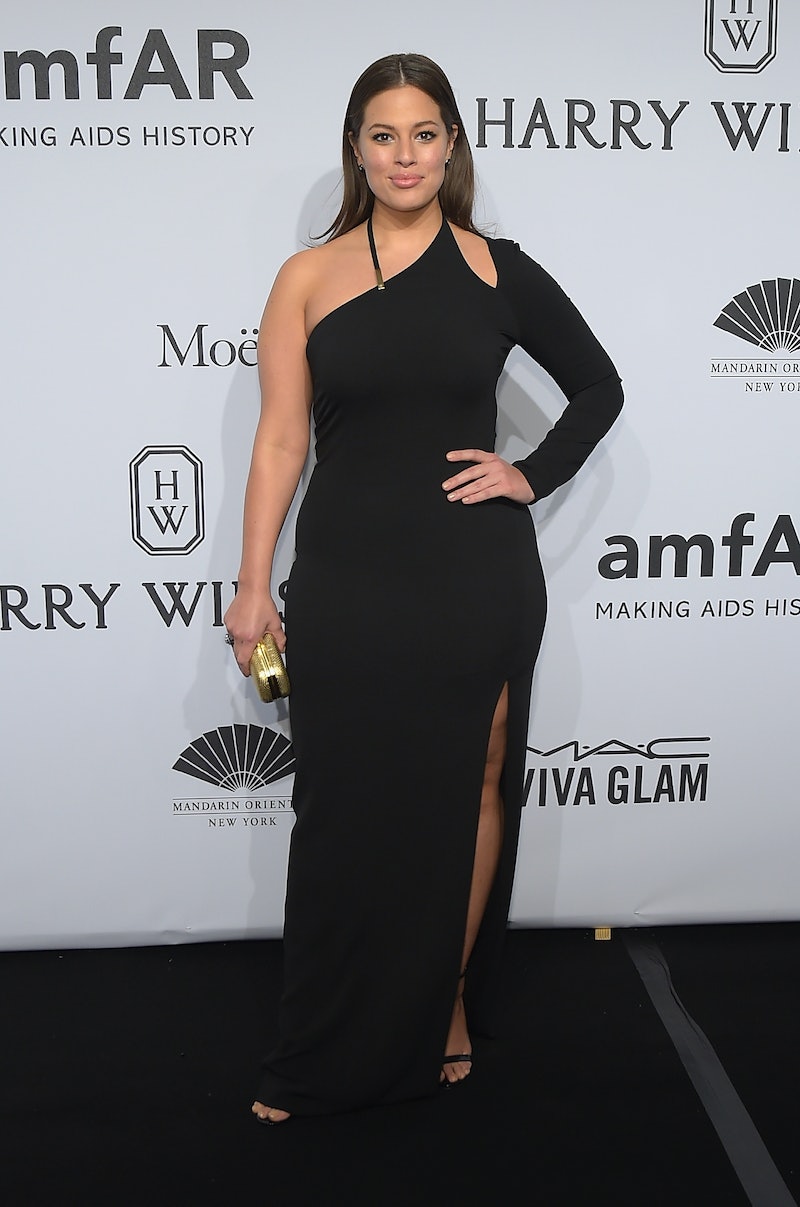 The news that plus-size models Ashley Graham and Robyn Lawley were both to be featured in this year's edition of the notorious Sports Illustrated Swimsuit Issue seemed like it had to be universally good. How could people be upset by the fact that a magazine that's been called out for enforcing rigid societal beauty norms was to feature its first ever plus-size models? Pass the tequila and let's all celebrate, right?! Well, some people are trying to diminish what is arguably a huge step by saying that these models aren't really plus-size. Leave it to the trolls...

On The Daily Beast , writer Samantha Allen argues that this isn't as big of a deal as we all think it is. She says of Ashley Graham's ad:

"By varying reports, Graham wears a size 14 or a size 16. For comparison, the average American woman is a size 14. When the average woman’s body is considered to be “plus-size,” it might be time to shed that label. And when a magazine can make history simply by including a woman who accurately represents the current shape of the female body, we’re in trouble."

This isn't new ground that we're treading: Myla Dalbesio's Calvin Klein campaign back in November was skewered for the exact same reason — the model was deemed "too small" by critics. While I agree with the criticism of categorizing Dalbesio's campaign as a plus-size one, there's a difference between that and criticizing someone who is actually plus-size, and identifies as such. The latter kind of argument is harmful to the size acceptance movement and to plus-size women alike.

There are two separate issues here that are getting intertwined and it's important to address them both individually. For starters, I don't disagree that we need to use caution and discretion when handing out the "plus size" label — size 10 is definitely not plus. And passing off size 10 models like Lawley or Dalbesio as plus is basically saying that anyone over a size 8 is uncharacteristically huge — and we know that the "huge" label is still a source of anxiety for most people who grew up in a fat shaming society. Practically speaking, though, the term is used to signal an "addition" to the typical clothing run. In the industry, plus-size is often considered to be sizes 12-24. So by definition, someone who is a size 10 wouldn't be part of this categorization. This point seems fair enough, and telling size 28 women that "plus-size" looks like a size 10 will probably get you several laughs in your face.

However, arguing that Ashley Graham isn't plus because she reflects the average size in the United States is a considerably flawed argument. First of all, she literally is plus-size. The reason that this works as a way to identify or categorize a body type is that it is a descriptor, plain and simple. Like Bustle's Marie Southard Ospina explains, "The thing is, we don’t yet live in that no-label world. We haven’t gotten to a point when we can do away with all the designators and just embrace women as women or models as models. Until then, 'plus-size' is a pretty good differentiator." It would seem Ms. Allen's problem isn't necessarily with Graham's size, but rather, that her size is still considered to be exceptional.

This doesn't mean that Ashley Graham isn't plus size, but it does mean that we need to expand our language and philosophy about what bodies are normalized in the media. If someone with an "average" body being featured in a magazine advertisement is groundbreaking, I couldn't agree more. When the only bodies that we deem fit to represent a whole group of people are all on the smallest possible end of that range, I think it's also worthy of reflection and paradigm shift. I understand the people who feel invisible and excluded by the current image of plus-size; but straight-size people saying "that doesn't count as plus" are not in the right here.

For the time being, the "plus-size" label remains so important to me, and I think society needs to quit policing the bodies of plus-size women — whether it's to tell them to lose weight or telling them they're "not fat enough" to be considered plus. How isolating is it when the world is telling you that you're supposed to fit into one of two categories, but you really fit into neither? The moment I embraced being a tweener and then started to identify as fat, I began to find empowerment and camaraderie in the plus-size community. Taking that belonging away from people, or even just suggesting that it's up for debate, is making even being plus just another beauty ideal that other people get to decide if you meet. What we need are less ideals and more acceptance. And attacking Ashley Graham's body accomplishes neither.