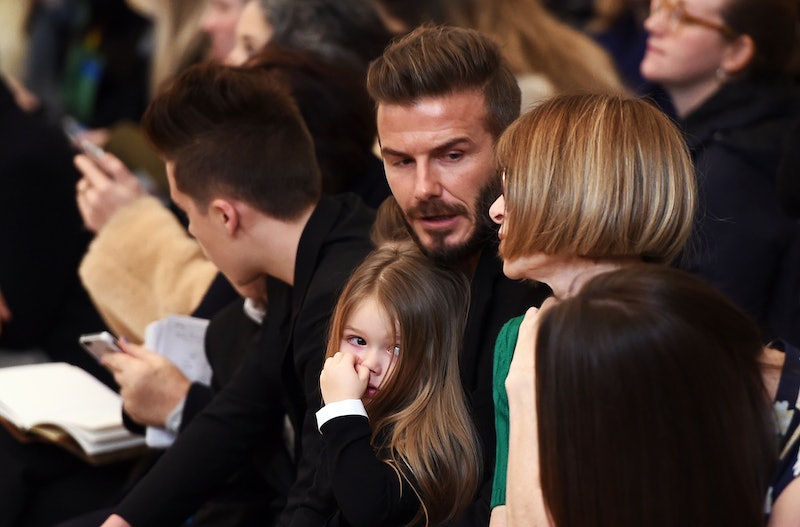 As thousands of bystanders linger outside the tents hoping to get to see just one show, and dozens of grown adults sit in the back row struggling to see the runway, celebrity toddlers, like North West and Harper Beckham, are sitting front row at some of the most coveted shows, picking their noses and throwing temper tantrums right next to Anna Wintour. Life just isn’t fair. The worst part is that these children think it’s totally normal to be front row, when most people would sell their soul for the opportunity. But I digress.

After North West’s infamous meltdown at Kanye’s Adidas presentation, the adorable Harper Beckham was caught picking her nose in the front row of her mother's show, right next to the iconic Vogue Editor-in-Chief. Is anyone surprised? No. She is three years old and literally could not care less that one of the most powerful women in fashion is sitting next to her. Because she’s a toddler. And toddlers pick their noses in public because being at fashion week isn’t a big deal to them. It’s essentially just one more thing they have to do in between nap time and snack time.

Perhaps we should all take a lesson from Harper (maybe not the actual nose-picking) and adopt an IDGAF attitude when it comes to fashion and life. After all, even those in the fashion industry with a $200,000 clothing allowance are just normal people who probably picked their noses at least once. Maybe North and Harper have this whole “life” thing figured out. Or maybe they are just babies who are blissfully unaware that they are being photographed one hundred times a second. It’s probably the latter.

Oh, and by the way — this isn't Harper's first time at NYFW, nor is it her first time digging for gold at one of her mom's shows. Which is just another reason we've got mad respect for baby Beckham.