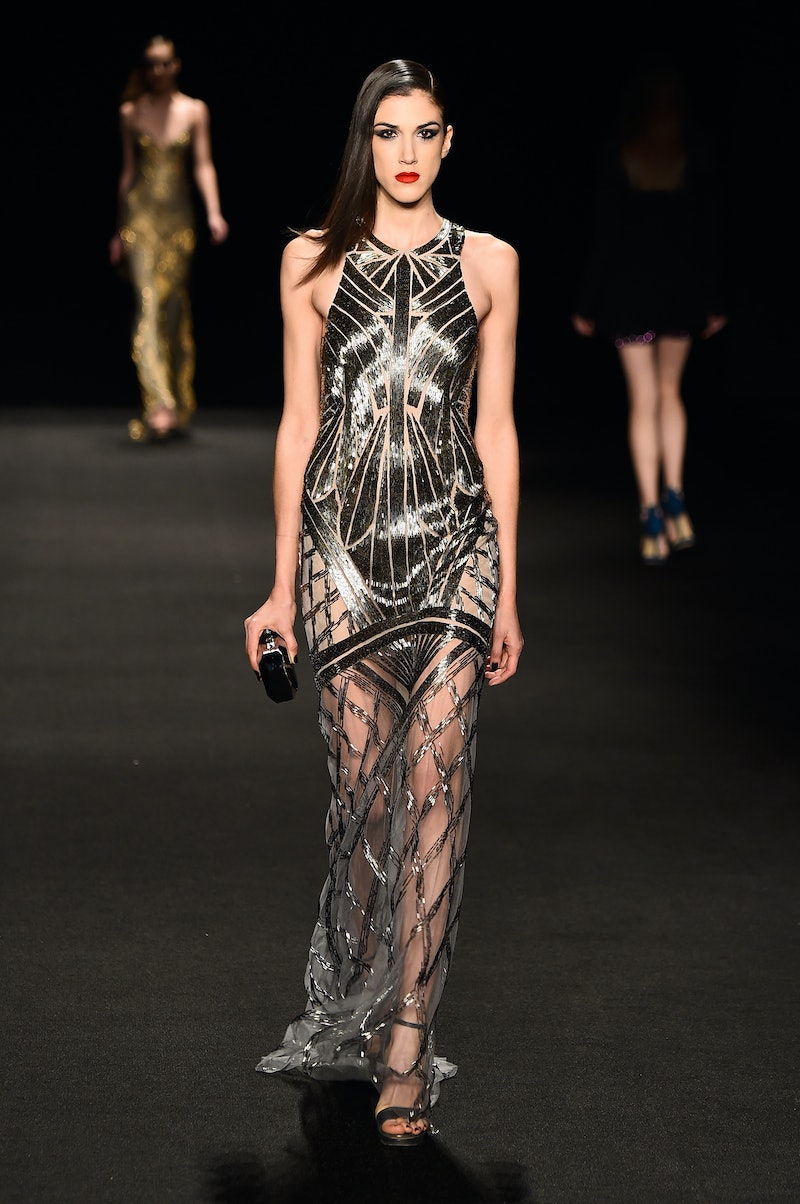 The best part about being a fashion-forward celebrity, like Rihanna or Kim Kardashian, is getting to handpick designer gowns directly from the runway and wear them immediately. Luckily, we’re in the midst of awards season, so there will be many opportunities for celebs to wear dresses straight from New York Fashion Week. Seeing these beautiful designer creations on Instagram just isn’t enough—it's time to see these dresses on TV!

And it’s not simply award shows that have red carpets. Think of all the movie premieres and fancy parties that will require designer garb! It's exciting just thinking about it. Below are some of the designer looks I can’t wait to see on the red carpet.

I know she has a contract with Dior, and is probably obligated to wear Dior for the rest of her life, but J-Law would look amazing in something slinky like this Prabal Gurung gown. Not to mention the navy would complement her skin, hair, and eyes perfectly.

For some reason I just feel like Gwen Stefani could rock this feather skirt/crop top combo with ease. Plus, she's known for being unpredictably stylish and after her Atelier Versace pantsuit at the Grammys, a frillier frock might be next.

Not only would this color look amazing on Washington's caramel complexion, the cut of this dress is both sexy and sophisticated, much like Washington herself.

Let's face it: Miley would totally wear this Alexander Wang dress to the MTV Video Music Awards. She'd look super hot and get a lot of criticism for it, so it's almost guaranteed that she'll show up in this or something incredibly similar.

This Reem Acra ensemble is sexy, edgy and on the edge of being a little too much, which is probably why it screams Rihanna. Plus, she can pretty much pull off anything, so why not wear this see-through black gown?

Diane Kruger has mastered the balance of trendy, yet feminine clothing. She is the ultimate cool girl and this feathery Alice & Olivia skirt paired with a jeweled top is the perfect ensemble for her on the red carpet.

Two words: Taylor Swift. It would be flattering on her tall frame, and we all know she has a penchant for metallics. Plus, it would be a nice step up from her simple Grammys dress.