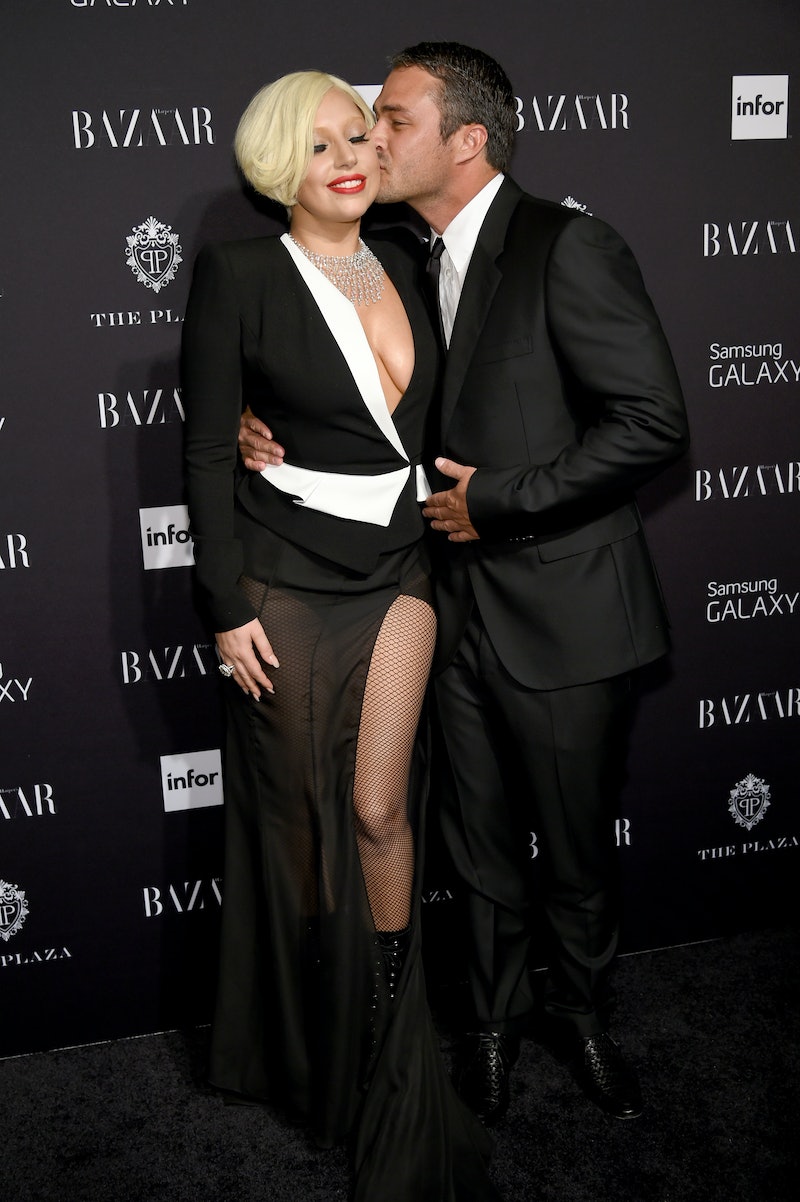 In case you missed the big news — and I don't know how you could have, unless you're living under a rock with no Wifi signal — let me be the one to fill you in: Lady Gaga is engaged to longtime boyfriend Taylor Kinney! The Chicago Fire actor popped the question on Valentine's Day with the biggest heart-shaped diamond the world has ever seen, and obviously, Gaga said yes. This is amazing for a variety of reasons, but mostly because whatever wedding Gaga imagines is going to be incredible. I am certain that she's in some high-security cave somewhere, drawing up plans for a wedding dress made out of found materials and diamonds from the bottom of a volcano. But first, there's a very important question that I need to be answered: How did Kinney propose to Lady Gaga? She wouldn't say yes to just any old proposal.

Unfortunately, since the news only broke on Monday, there's not much info about what exactly went down on V-day. However, knowing Gaga, it's easy to narrow down what could've happened to a few possibilities. Of course, I stand to be corrected when the real details surface, but until then? We just have to use our imaginations.

With A Flash Mob

With Lady Gaga, everything's a production, so it wouldn't be a surprised if Kinney proposed accordingly. Maybe he even performed his own version of "You & I", since they met on the set of the music video for that song. Get this, guys: Gaga met her future husband while wearing her mother's wedding dress. Is that fate or is that fate?

At Her Family's Restaurant

In her professional life, Gaga is so out there that it wouldn't surprise me if she was a bit more traditional in her personal life. Since she and Kinney reportedly celebrated their engagement at the restaurant her family owns, it wouldn't be surprising if Kinney proposed there, too, in front of her loved ones and friends. Low-key, sweet, and totally the opposite of what anyone would expect.

Lady Gaga and Tony Bennett have been inseparable lately, so it wouldn't surprise me at all to find out that he was part of the proposal. I envision him playing the piano in a tux — possibly with Miss Piggy splayed out on top of the piano, warbling dramatically — as Kinney gets down on one knee. Everyone cries (including Bennett) and it's so beautiful, it eventually gets turned into a PBS special.

Something Involving Tons Of Special Effects

Maybe Kinney enlisted the folks at Chicago Fire to set something ablaze, symbolizing how his heart feels every time he looks at Lady Gaga. Maybe it's a single, burning red rose, or maybe it's an entire strip mall. I feel like you cannot go too big to impress Lady Gaga.