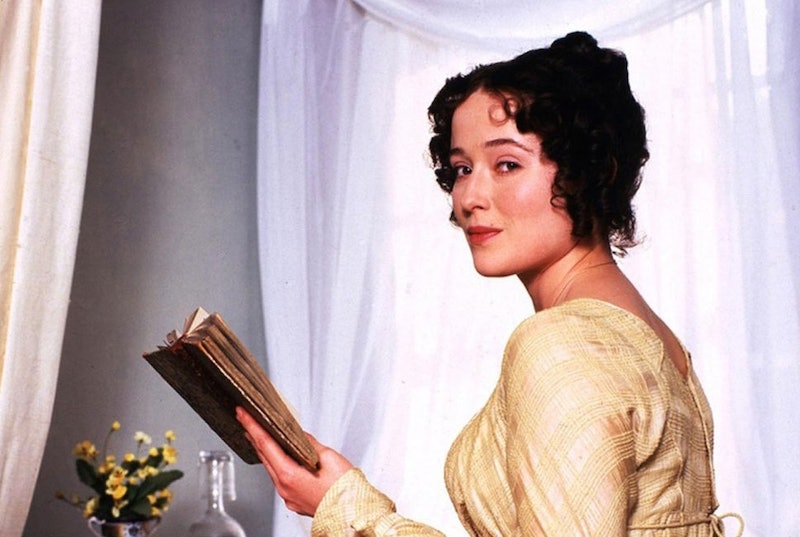 You know the drill: You hear that the best book ever is going to hit the big screen, an awesome cast is announced, and you're so so so excited to see it. Then the big day comes and WHAT IS THIS WHAT IS GOING ON. They've changed around all these precious bits of the story you originally fell in love with, and you're horrified by the heresy of the whole thing.

And since we've all been there, film adaptations of beloved books are often met with as much fear as excitement — who wants to see one of her favorite novels completely ruined by a hokey and unfaithful mess of a movie? I used to be an adaptation purist. My favorite was that 6-hour BBC version of Pride and Prejudice , partly because it's so awesome, and also because of its near-religious adherence to Austen's novel (aside from, you know, that wet shirt scene).

However, after spending a few years working in the film industry, doing professional script coverage, and reading books for film adaptation, I've learned that different isn't necessarily bad. In fact, sometimes the only way to make a film that works — or won't totally flop — is to make some changes. Here's why I've changed my tune, and why you might consider doing the same.

Film Is A Totally Different Medium

You obviously can't read a film — you watch it. If you've ever taken any sort of writing class, someone has probably told you to "show, not tell" (and you probably hate this expression). In movies this directive is even more fundamental than in lit. All we get in a movie is what we can see and hear, which means that movies can't convey information the same way books do — for example, movies can't stick a long aside on a character's personal history into the middle of a scene, and they can't give the reader direct access to a character's thoughts. Yes, some of this can be done with the with help of voiceover or flashbacks, but 90 percent of the time this sort of thing is considered to be sloppy and lazy, and generally a sign that you should demand a reimbursement on your film school tuition because clearly they didn't teach you anything, you hack.

So, You Gotta Give People Something To Look At

This means that the most straightforward books to adapt are usually the super-"plotty" ones, i.e. the ones with a strong storyline and plenty of juicy drama that can be dropped directly into a script. The filmmakers may make changes to cut down running time, address budget and financing issues (aka the biggest fustercluck on Planet Earth), or beef up the film's commercial prospects. You know — more sex, more setpieces, more stuff that will look good in a trailer. But in the end, popular plot-driven books like the Harry Potter series, Gone Girl, or The Girl With the Dragon Tattoo often wind up with pretty faithful adaptations.

But Sometimes You Have To Get Creative With Trickier Books

Some books, because they lack a strong central storyline or rely heavily on literary tricks of the trade, are tough to adapt faithfully — or even at all. These books might have dense, fragmented, or nonlinear narratives that are difficult to fit into a 120-minute(-ish) film; be driven by a first-person roller-coaster ride through the protagonist's warped and wacky brain; or be abstract and impressionistic and "arty" rather than strictly narrative. There have been awesome adaptations of difficult books, but they often look pretty different than the text you're familiar with. The good ones make up for "inaccuracies" by using the language of film to capture the soul of the novel.

And That Means Creative Liberties

I think a good example of this is The English Patient. The novel (which you should totally read if you haven't because it's amazing) interweaves the histories of four central characters, slips around in time, and is written in lyrical prose that often favors mood over events (it's no surprise that Ondaatje is also a poet). This is tough stuff to just stick in a script. So, the filmmakers cut a bunch of material on three of the protagonists and beefed up the titular "English Patient's" doomed love story, which was probably the most obviously cinematic and marketable part of the novel. Then, the director used gorgeous cinematography and dreamy pacing (all that "visual medium" stuff) to preserve the novel's lush, literary tone. I don't think it's a perfect movie, but I do like it a lot, and it was so successful that there was an entire Seinfeld episode devoted to making fun of it:

And Sometimes, The Book's Just Gotta Get Burned (But Not Literally, Because That Would Be Terrible)

Sometimes a filmmaker will read a book and be inspired to use it as a jumping off point for their own creative ideas. These tend to be the loosest adaptations. Clueless is Jane Austen with some serious Valley Girl swagger; There Will Be Blood is sort of like Upton Sinclair's Oil, but only sort of; and the Coen Brothers have had their weird way with everything from the Bible (A Serious Man) to Cormac McCarthy (No Country for Old Men). Nonfiction can also be great for this kind of creative rethinking — Mean Girls was largely based on a self-help book about how being a teen girl is... complicated.

So basically, because books are one art form and film is a totally different one, if you walk into the theater using fidelity as your barometer for quality, you might walk out disappointed. But if you look at a book not as a blueprint, but as a first step on a journey of the filmmaker's own imagining, you may have a great time in ways you weren't expecting.

Unless, of course, the movie is just bad. Then you can burn that sh*t to the ground, for all I care. Ain't no excuse for that.