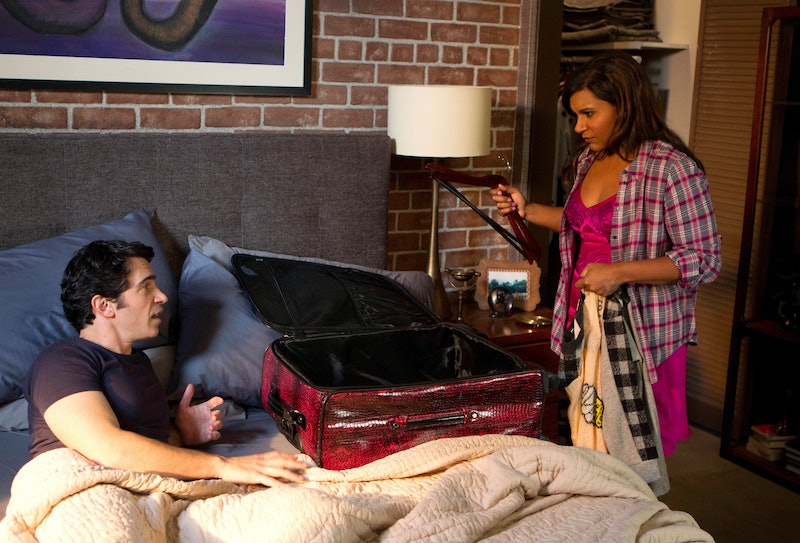 Baby Lahiri-Castellano has really grown on me since the bombshell was dropped that Mindy was pregnant on The Mindy Project . Partly because Danny is such a cute expecting father, but that's besides the point. The one thing I wasn't keen on was the fact that Mindy and Danny were (probably) going to move to San Francisco so Mindy could start a practice with Rob. Look, I'm all for Mindy starting her own practice, but not in San Fran. The Mindy Project is meant to be in New York, so imagine my entire world crashing down when Danny tells Jeremy and the team that he's leaving Shulman & Associates.

Fortunately, because Mindy is always one step ahead of Danny, she has other plans for their future, but we'll get to that. It was a situationally misunderstood road Danny had to take to express his plans to leave the office — but everything is situationally misunderstood on Mindy — because most of the office thought that he was actually dying, not moving. Morgan, being Morgan, got the good word started, and it basically spread like a forest fire — then again, there are only like five people to tell in the office.

Morgan, Jeremy, Tamra, and Beverly went all out to celebrate/mourn Danny dying, even hiring the Staten Island boys' choir to sing a sad song for Danny at a memorial (not Springsteen, unfortunately). Danny, who was rightfully confused by the memorial table (that consisted of maybe five framed photos), finally cleared up that he wasn't leaving the Earth, just leaving New York. The team didn't respond to well to that — would you if you thought your friend was dying just seconds before? — but once Danny dropped the baby bomb, people were thrilled for him and Mindy (Morgan has already named the baby "Morgan Grandmother Castellano"). So that's a wrap on New York, right?

Mindy, meanwhile, decides she's not into the whole opening up a practice in San Francisco. It was a pretty quick decision, there was some talk of Wahlburgers, but ultimately she decided it was time to leave Stanford and head home to New York. Can we take a moment to say that it would have been really nice to see Mindy complete her career changing fellowship, instead of running back to New York so quickly? That's not very Mindy, she's way stronger than that. Where is Season 1 Mindy?

So Mindy makes the big decision — without even considering running it by Danny... This I like — to open her own clinic in Cliff's old office (which he is currently vacating). So Mindy technically is getting her cake (a clinic) and eating it too (in New York), it was just a really complicated road to get there. I'm glad to see her keeping focus on her career, while still being pregnant, because as Mindy says in the beginning of the episode, "A woman can have professional ambitions, and a family." Let's just hope the show keeps with it.