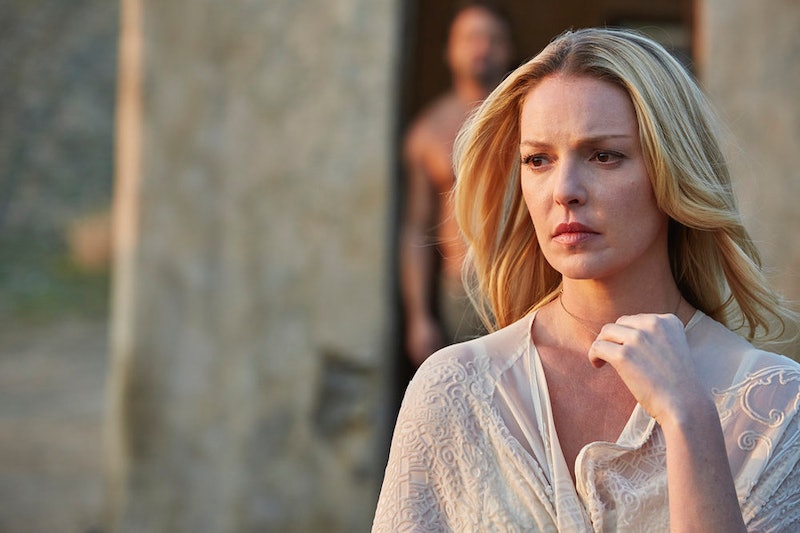 Now that the season finale has both come and gone, one can't help but immediately start contemplating whether or not State of Affairs will be renewed for Season 2. If we were to base our predictions solely upon its lackluster ratings alone, I fear the political drama's future is very bleak at best. But what about the show's main star? After all, State of Affairs was supposed to be Katherine Heigl's big comeback to television, but instead of praise the actress has been faced with harsh reviews from critics, many of whom believe she was completely wrong for the part and the biggest problem with the show itself. Well, I am here to severely disagree.

I may not have exactly liked Heigl's decision to leave Grey's Anatomy way back when, but that doesn't mean that I can't still appreciate her abilities as an actress. And make no mistake, she is very capable of doing her job — a fact that she has more than proven throughout her career. So while we await the fate of her latest TV venture, I thought it would be fun to go back and look at Heigl's most amazing moments on both the big and small screen that proves she deserves a second chance to up her game on State of Affairs. Because when she truly does shine, it's more than worth the wait.

So without further adieu, here's some of Heigl's best on-screen moments that prove just how much awesomeness she can and will bring to the table if NBC gives her a second shot at this political drama:

Ugh, this scene. Even watching it now, years later, it still breaks my heart. Heigl brought such raw emotion to this entire Denny arc that was both beautiful and gut-wrenching in the best way possible. There is no scene here without Izzie's more than believable heartache as she struggles to cope with the fact that the man she loved is now gone forever. If you aren't a weeping pile of mush by the end of this video then you are a MONSTER. Just kidding, of course. Seriously, though. Kudos to Heigl for a stellar performance. State of Affairs could use this sort of intensity.

Singing "Bennie and the Jets" in 27 Dresses

Proving that she can do comedy just as well as drama, Heigl rocks out to this Elton John classic in an adorable duet with the oh-so-dreamy James Marsden. If you weren't already rooting for these two to get together, you are now. Well done on vocals, chemistry, and everything in-between.

The Orgasm Scene in The Ugly Truth

Though no one can replace Meg Ryan's famous When Harry Met Sally scene, Heigl proves that she too has the, let's say, stamina to produce a highly memorable orgasm scene that is both convincing and downright hilarious. I'll have what she's having.

Battling the Objectification of Women on Grey's Anatomy

Remember back when Alex was still a complete douche and posted a bunch of risqué modeling photos of Izzie throughout the intern locker room? She fought back in the best way possible by stripping down to her underwear and berating all the ridiculous ways women get objectified because God forbid they're ever both attractive AND smart. Heigl is so flawless in this moment you can't help but admire her solid delivery. Izzie: 1, Alex: 0.

So, come on, NBC. Give Heigl another chance to further prove her worth. She has a lot to offer and could really help take this show to a new level of greatness.