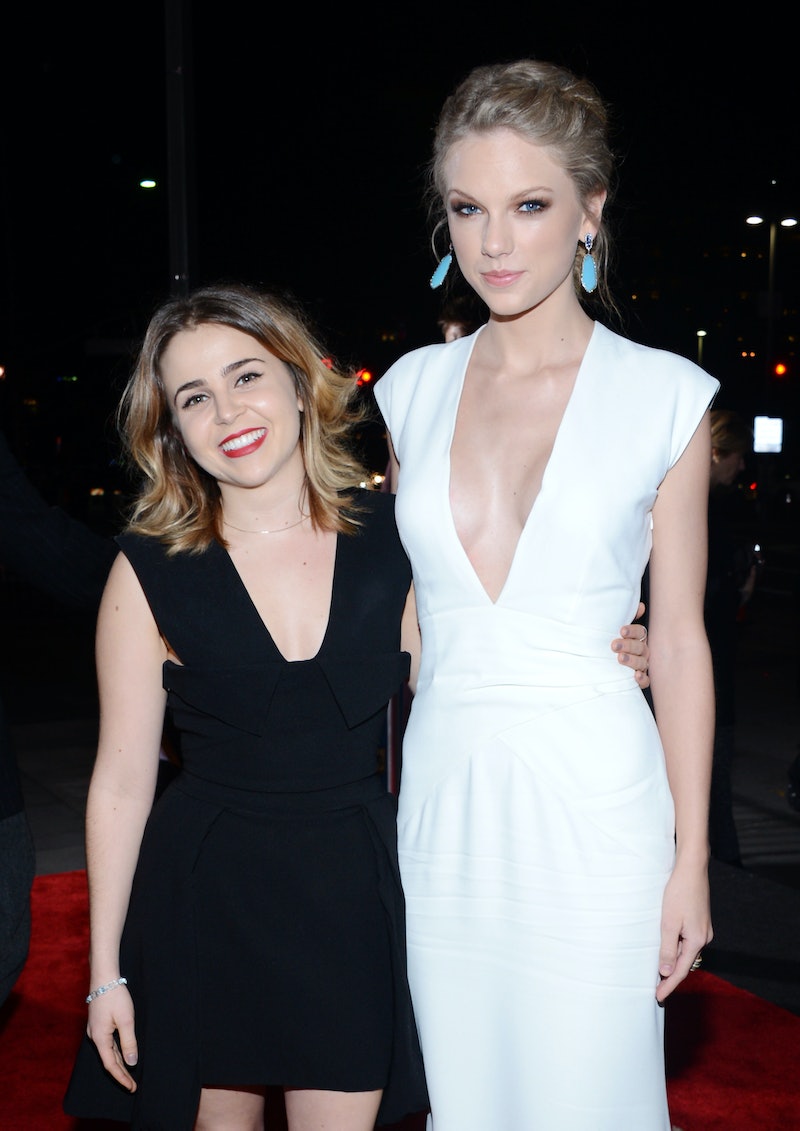 There's no denying that Taylor Swift's "Blank Space" video is her best yet, but Mae Whitman starring in the singer's "This Love" video could be even more epic. When I chatted with Whitman on Wednesday at the NYC premiere of her movie The DUFF — which is hilarious and has an awesome, empowering message that you should check out — she revealed her big dreams for T. Swift music video stardom. "If I could be in any video of hers that's off 1989, I would maybe do 'This Love' just because I feel it is so powerful and so important and beautiful and conflicted and strange and amazing," she says before adding another option. "That and 'Clean,' because 'Clean' is just like, 'What are we even doing here?' It's like a new person. I'm like, 'I've never met this girl before!'"

Though she didn't say if it would include her incredible dancing, she would do anything Swift asked for. "I would sweep her floors if she wanted me to," she admits. And, of course, her partner in love and crime would be her ultimate Friday Night Lights crush. Without skipping a beat when I asked who she'd want by her side, she said, "probably Tim Riggins, or Taylor Kitsch, right?" It was a self-answering question, really. Check out her full explanation below, plus a bonus video of how she'd describe her life in Taylor Swift songs.