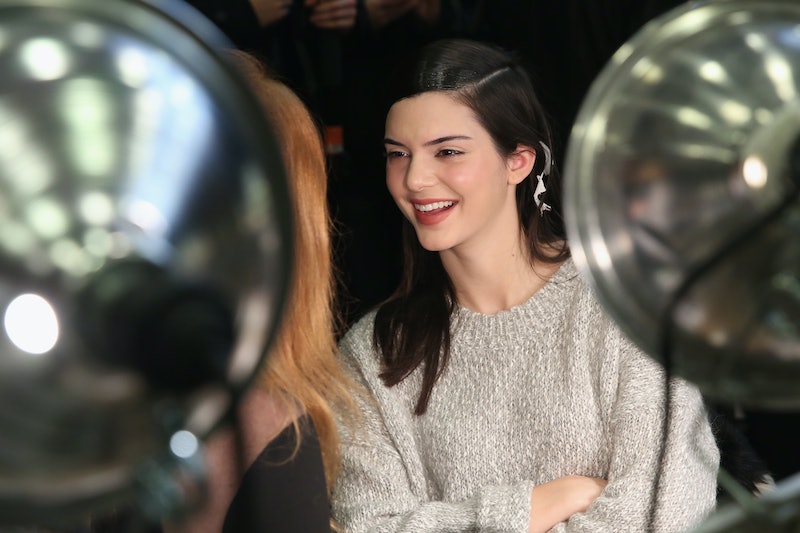 Yeesh, have you heard about Kendall's encounters with catwalk cattiness (again)? Luckily, she's been able to rise above that sad, Instagram-based cyberbullying in a pretty major way — by having an absolutely killer second round at New York Fashion Week. In the first few days, she stunned at the amfAR Gala and Alexander Wang, and closed the Diane von Furstenberg show, then she went on to walk for huge designers like Marc Jacobs, Oscar de la Renta, Donna Karan and Vera Wang. Yep, bullying or no bullying, Kendall definitely had quite the New York Fashion Week. But what's next? It looks like her next stop is London — but which London Fashion Week shows can we expect to see Kendall walk in?

Based off of last September's LFW, it's not too hard to make a few educated guesses — but with that in mind, it's likely that she'll be walking in more shows that last year. After all, she proved herself as a professional last time around, and her star has only continued to rise since then. Basically, we can expect Kendall to have a major presence in London — but where exactly will we be seeing her? Here are some solid conjectures:

Last year, she looked absolutely fabulous in the brand — mayhap she'll be returning for a second trip down the runway...

After sitting next to Topshop's owner Sir Philip Green at the Topshop front row last year and famously wearing one of the brand's designs for the 2014 Met Gala, I'd say Kendall's a pretty good bet for the upcoming Topshop show (unless she chooses to buddy it up with Sir Green, Anna Wintour, and Kate Moss in the FROW again, that is).

Hopefully, we'll be seeing just as much of Kendall at LFW as we did at NYFW. I could also see her making appearances at big designers like Burberry Prorsum, Mary Katrantzou and Tom Ford... but we'll just have to wait and see!