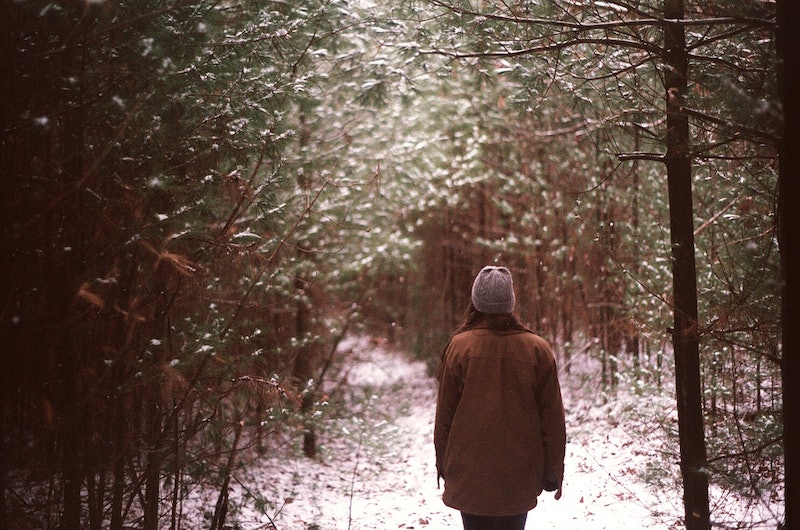 This winter has been relentless, I know. The snow will not stop falling, wind chill is an awful thing that chokes you mid-breath, and grownups have had way more snow days than they should. I mean, my god, Niagara Falls is f***ing frozen right now. It's a crazy weather season, and it's still only February. You're this close to telling winter that it's over and you just want to be friends.

Believe it or not, there are people out there who are loving this winter. The thought of it ending and making way for spring and then summer is pure misery and they cannot bear it. Sunblock? Tan lines? Mosquitoes? Winter fans will take a 50-mile stretch of nothing but black ice over any of those things. OK, maybe not that far, because black ice is evil and does only bad things to humans. But still, summer isn't for everyone, and there are plenty of people who prefer cold to hot. I think the majority of people would be happy living in just fall or spring all year, but apparently seasons are like reality TV stars and the more extreme the outburst, the longer they're in the spotlight. Here are all the kinds of people who do not want winter to end. And no, they aren't crazy.

This is a fear of hot temperatures. It's a thing. And thermophobes are so not down to get sweaty on a hot sandy beach.

2. People with a deep love for sweaters

Sweaters and hoodies are dynamite clothing choices because they can be as classy or as relaxed as you want them to be, and they flatter everyone. When summer comes, they get packed away, and you can practically hear them whimpering for attention.

Skiers and snowboarders live for that "fresh powder." Hockey players and ice skaters thrive on the ice. While snow can be man-made and ice can be kept solid indoors, there's nothing quite like performing these activities outside in the cold. These people might tolerate summer, but winter is when they are at their happiest.

Most of the folks who live in California seem to be from places like New Hampshire (me), Michigan, Connecticut, Wisconsin, and all the places that require a pair of mittens and snow scrape to be kept in the car at all times, just in case. These people escaped the winter madness, and now they have no chance of snow days, building snowmen, or having snowball fights. Sure, it's nice to never have to think about shoveling the driveway just to go to work, but we also don't get any weather changes. Like none at all. Rain is as bad as it gets. And though most of us will act relieved to be away from it all, we secretly miss having those unexpected shifts in temperature, and bonding with friends and neighbors by having Mother Nature as a common enemy.

If you never want to leave your house, then you're probably OK with winter. That is because winter is the perfect time to be home with a book, Netflix, and a hot mug of tea. It's also a great umbrella excuse to not see anyone or have to put on pants.

6. People who find the sun annoying

Does it have to remain present in the summer until 9 p.m.? That's a bit much, don't you think? Chill out, bro.

WHAT WILL THEY KNIT IF THE WEATHER IS HOT?