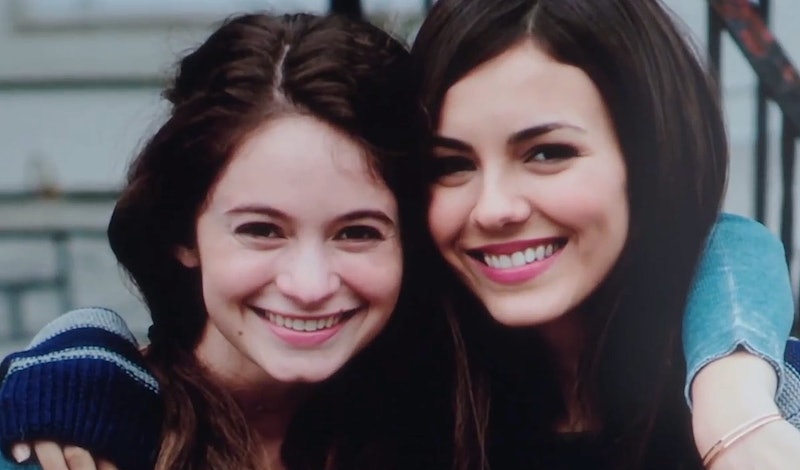 The problem with watching a show like MTV's new hit thriller Eye Candy is that you start developing serious trust issues with every single character. I mean, I'm getting to the point where I'm starting to question even how innocent Lindy is in all of this. (Just kidding, of course… or am I?) Anyway, my point is the Flirtual killer could still pretty much be anyone. And while a few very sound arguments have already been tossed around out there, I'm having a hard time shaking the suspicion that Sara's boyfriend could be the real Eye Candy killer.

A little unsure of who Sara' boyfriend is? You've actually met him very briefly before. Remember how the first few seconds of the premiere was dedicated to Sara having a little make out session with some mystery guy that I can only assume was her boyfriend? Well, where the heck has he been since his girlfriend's disappearance? Lindy has never mentioned him, which makes me think that the writers are hoping we'll forget he ever existed. That way they could shock us with a big reveal down the line.

However, having watched countless murder shows throughout the years, I can say with absolute certainty that no detail is ever arbitrary. I mean, why show us the boyfriend at all if he's not going to factor in at some point in the future? And did you notice the look he gave Lindy when her car horn interrupted his and Sara's steamy lip-lock…

If that isn't the look of a potential cyber killer then I don't know what is. That's a seriously deadly stare right there. And the beauty is that it happens so fast, there's a good chance you could've miss it entirely, thereby making him the perfect culprit. Please note, though, that this doesn't necessarily mean that I think he's the one who abducted Sara. I firmly believe the kidnapper and Flirtual killer are two very different people. But that doesn't mean the storylines can't still be connected, and having him be Lindy's stalker would be the perfect way to do so.

Think about it, this would totally explain not only the killer's motivation for finding the perfect mate, but also why he appears to be so infatuated with Lindy in particular. He lost the woman that he loved and even though he's trying to put himself back out there, no one seems to be able to measure up. It makes sense that the only person who even comes close would be Sara's sister. They look alike… they share similar personality traits. This would be the next best thing from having the actual Sara back in his life.

And let's not forget that the killer knows a crazy amount of information about both Sara and Lindy's lives, even by stalker standards. Like the whole lost bracelet story, for instance. According to Lindy, she and Sara were the only two who knew about that, so how was the killer able to hear about it? Perhaps because Sara — during a late night cuddle session with the bf — told him all about it. With that in mind, there's no telling what kind of intel he was able to gather from her throughout the course of their relationship.

Does this excuse his murderous tendencies? Absolutely not. But it would at least shed some light on what drove him over the edge in the first place.