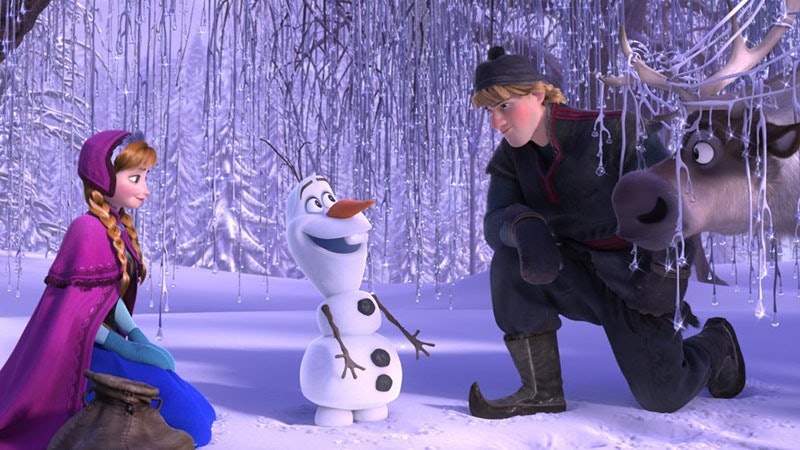 As a Disney fanatic, I couldn't be more thrilled at the influx of live action Disney classics coming to theaters lately — especially where the Disney princesses are concerned. I can't wait to see Cinderella, or Emma Watson as Belle in Beauty and The Beast , and it's obvious which princess movie should be next: Frozen. It's only been a little over a year since the movie's release, but the popularity of the film speaks for itself, and Kristen Bell talking about how much the cast is into the idea of Frozen 2 is getting me so excited. It seems obvious that Disney's next steps (after they get the sequel ironed out, of course) should head in this direction, and there are obviously a ton of reasons why a live-action Frozen would be the best thing ever.

And if you're one of those types of people who is past the point of tired of hearing "Let it Go," stay with me here. Because a live-action movie might just do the trick of reviving your love for Elsa and Anna, even if you're really over that crazy ice lady covering most of the US in snow and stuff.

If this does come to be? My fingers are crossed that Tim Burton's interested, because I can imagine few things better than a new, quirky Frozen universe like his 2010 take on Alice in Wonderland, please and thank you.

Once Upon a Time's Take Was Perfect

To me, seeing Elsa and Anna as actual people on Once Upon A Time is the perfect introduction to what a live action version of Frozen would be like, and I totally wouldn't be opposed to Elizabeth Lail and Georgina Haig reprising their roles for the big screen version.

If those two aren't up for the challenge, let's put a red wig on Bell and call it a day. Not only is she the sole possessor of the original Anna voice, but she also already knows the character inside and out — and Bell is precious and funny enough to totally make it work. Maybe by the time this happens, Bell's first daughter, Lincoln, will be old enough to play mini-Anna in the opening "Do You Want to Build a Snowman?" scenes? That would be too cute.

Could You Imagine the Scenery?

A real life version of Elsa's ice castle alone would be completely breathtaking, especially if they decided to actually film the movie in Norway. With the backdrop of the animated movie, there's real potential for the setting to be one of the most beautiful Disney's ever done.

A live-action Olaf? It would be a challenge (or a true testament to how awesome CGI can be), but the end product would be impressive. Fingers crossed Josh Gad would be into providing the voice again!