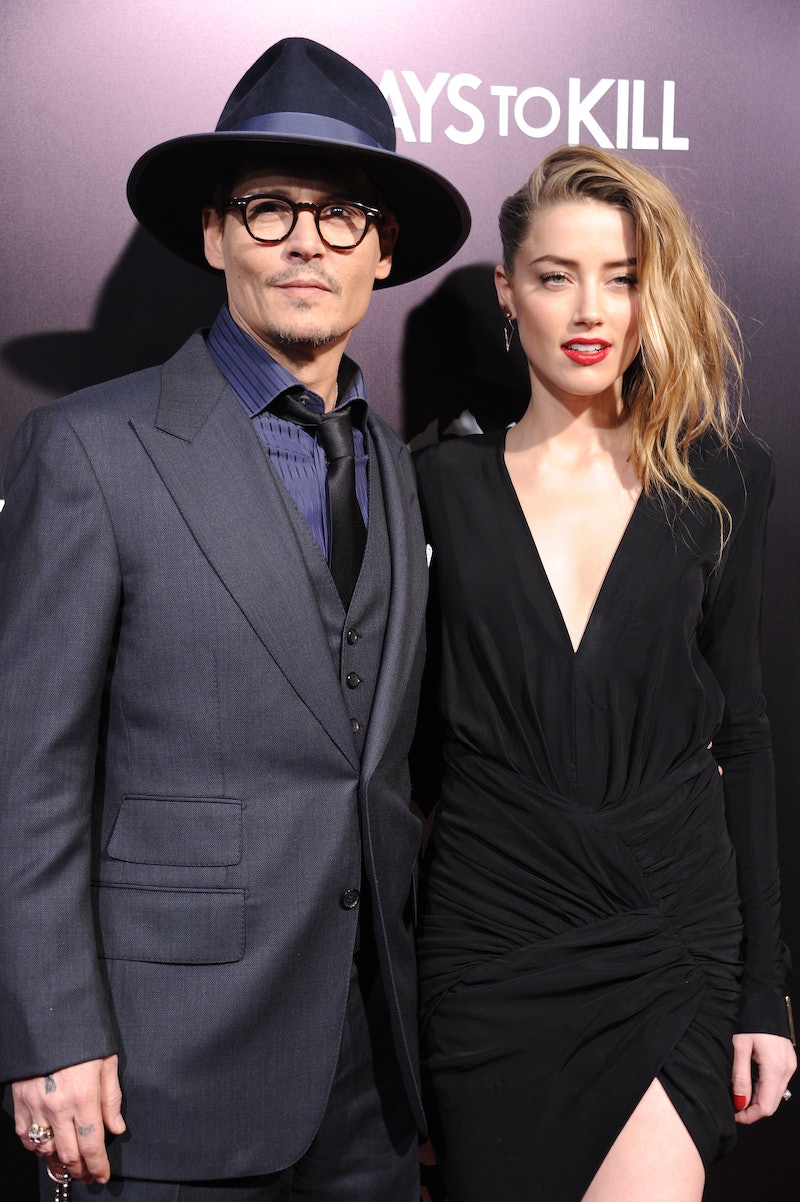 Thanks to some seriously shady detective work by the paparazzi who boarded a plane in order to snap the highly coveted photos of Johnny Depp and Amber Heard's private beach wedding in the Bahamas, one of the details we know about the carefully guarded ceremony is that it was super small and not at all extravagant (which isn't a bad thing). But what about Amber Heard's wedding ring? Reportedly, the actress wore her ring to a London fashion event, and based off the pictures that are circulating online, it's a basic gold band that's about as simple as the couple's laid-back wedding festivities. Basically, Heard's wedding band is nice, golden and glittery, but it's really tame compared to her engagement ring, which is beautiful and dazzling, it's but also not what one would expect from a Hollywood star who just married another Hollywood star. But good on them for spending their cash on much wiser investments, like, you know... entire islands. (Either way, I imagine she enjoys flashing her new accessory back and forth while she shamelessly performs the "Single Ladies (Put a Ring On It)" routine in her bathroom mirror because after marrying Johnny Depp, who wouldn't?)I'll wholeheartedly agree that Heard deserves her own spotlight outside of solely being known as Depp's wife, but there are a couple reasons these ring photos are worthy of their own attention, at least until the fuss over Heard and Depp's wedding dies down: First of all, I'm actually shocked (yet secretly gleeful) that both photos of the wedding and the ring have surfaced, which defies everything we think we know about the famously private couple. Secondly, it's even more solid evidence that the wedding actually took place because it's about time that everyone properly mourns — um, I mean, accepts — Johnny Depp's married man status as a fact of life.

Take a quick glance at Heard's ring below: