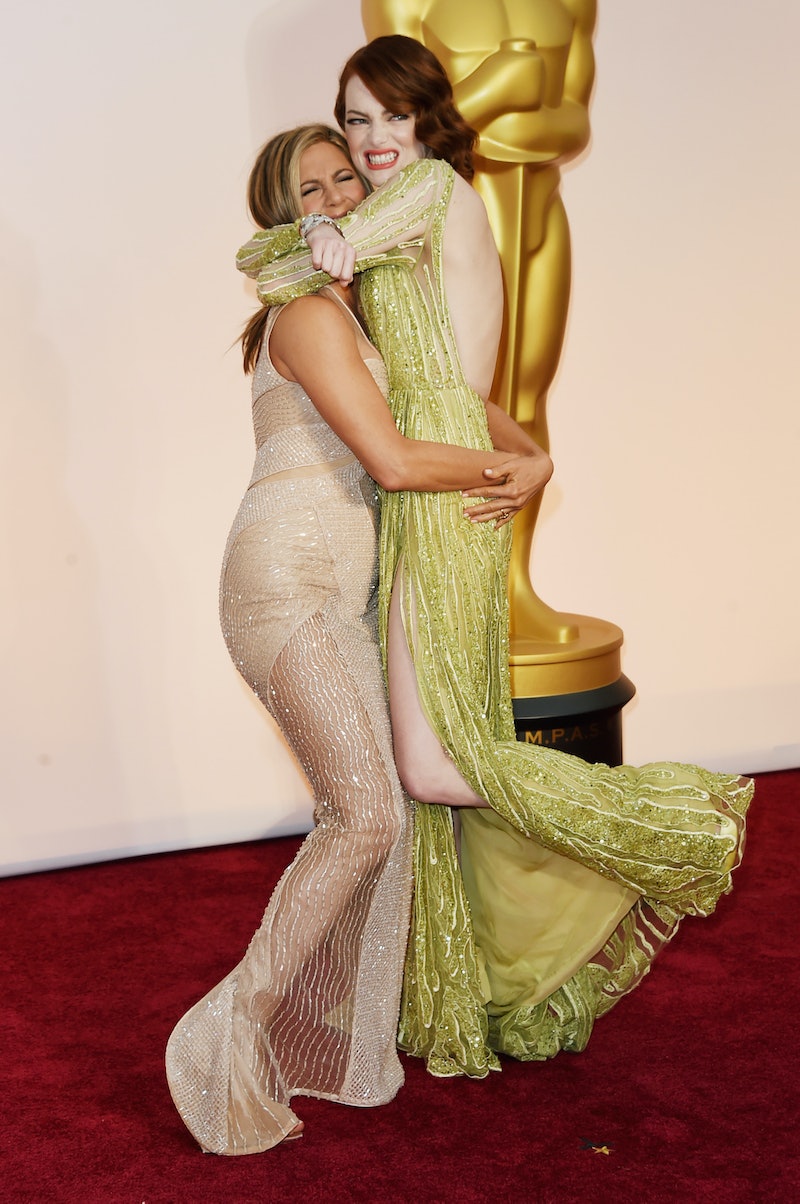 The Oscars red carpet may go on for approximately 2.5 hours too long, but there's no denying it produces some gems. For the 2015 carpet, one of those gems was undoubtedly the moment that saw Jennifer Aniston and Emma Stone sharing a pre-Oscars hug. It's certainly got my vote for the cutest moment of the red carpet. So how did this piece of adorableness come into our lives? Are Jennifer Aniston and Emma Stone friends? (And can I handle the awesomeness if they are?)

Aniston was considered one of the big snubs of the year. Stone was walking the red carpet as a first-time Academy Award nominee. So what brought us this moment of unity?

Well, there are actually multiple options on that front. Aniston may have started in the business decades before Stone, but there's no way there spheres haven't overlapped plenty by now. Stone's big solo breakout Easy A, after all, featured Aniston's Friends co-star Lisa Kudrow as a misbehaving Vice Principal — and we all know Friends love runs deep. Another possible connection that could have led to these two being so adorably chummy: Steve Carell starred in Crazy Stupid Love, in which Stone played his daughter. He also starred, back in 2003, with Aniston in Bruce Almighty.

Perhaps it was Kudrow or Carell who hooked this beautiful acquaintanceship, but whoever it was, I know one thing: We should be grateful we got to witness it. Way more people should do pick-up hugs. Why are there not more pick-up hugs in the world? Take not from Stone and Aniston, world: Love the fellow women in your industry, and pick-up hug them whenever they consent.