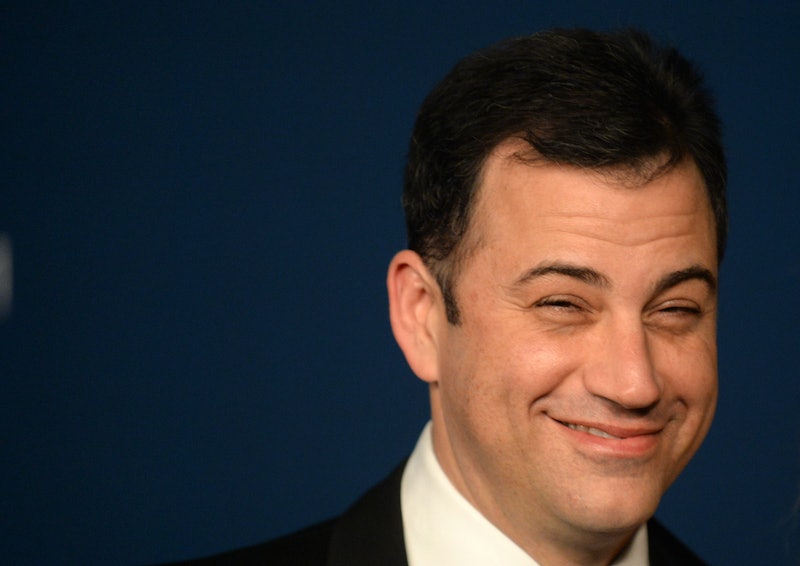 No one out there is better at coercing people into making fools of themselves for our viewing pleasure than Jimmy Kimmel. With his hilarious "Lie Witness News" series, Kimmel never lets us forget that people will say literally anything to get on TV. In the past, Kimmel has duped unsuspecting passers-by into lying through their teeth about fake bands at Coachella, health nuts into bluffing about what gluten is (like anyone actually knows), and self-proclaimed fashion fans to pretend to love fake designers like Chandler Bing at New York Fashion Week.

The segment has always been hilarious but this latest installment might be the best yet. Kimmel's newest Oscar-themed segment of "Lie Witness News" is a riot; Kimmel took advantage of the Oscar buzz and had a crew approach unsuspecting pedestrians on Hollywood Boulevard with some, er, factually-suspicious questions about some of the Oscar-nominated films.

The sheer absurdity of some of the things Kimmel gets these people to pretend they know about is funny enough; the convincing ways in which these unsuspecting people try to BS the camera is even funnier (I swear that one lady who talks about Helen Mirren as Cate Blanchett as Judy Dench as Larry Bird in Birdman deserves an actual Oscar).

In case you missed it, check out the hilarious video below and join us in honoring liars everywhere as we take a look at some of the most outlandish moments from "Lie Witness News: Oscars Edition."

According to this lady, Jolie brought sexy back during her bus scene as Rosa Parks.

When Boyhood Began with the Boy Dying...

... By Being Thrown Into an Active Volcano By Ethan Hawke

"It was pretty emotional," says this bearded liar.

#RememberWhen Eddie Redmayne Punched Albert Einstein in the Face in Theory of Everything? Neither Do We.

We agree with this guy. That epic Albert Einstein punch sure was "history in its making."

This guy couldn't open up his eyes wide enough to see Too Stoned to Function even if it actually was a real movie.

This guy strikes again with his rave reviews of Scarface Part II. The beginning was really good.

This guy on Benedict Cumberbatch's celebrity impressions in The Imitation Game: "I thought they were really well." Well put, good sir.

A Review of Woody Allen's Latest Film, Let's All Forget About What Happened

It was nothing that made him do flips or anything, but it was pretty good.

This lady wins the whole thing. Her astute critique of the performance:

It was definitely powerful. I would definitely recommend to see it 'cause it's very ... the whole time, you're kind of like, sitting in the seat and.. you're, you know, trying to fight every different kind of emotions out of it but it was... it was definitely something I'd recommend seeing. It was really wonderful.

Rave reviews. A tip of the hat to Helen Mirren for that stunning performance (and to this lady for keeping a straight face through that entire string of bold-faced lies).