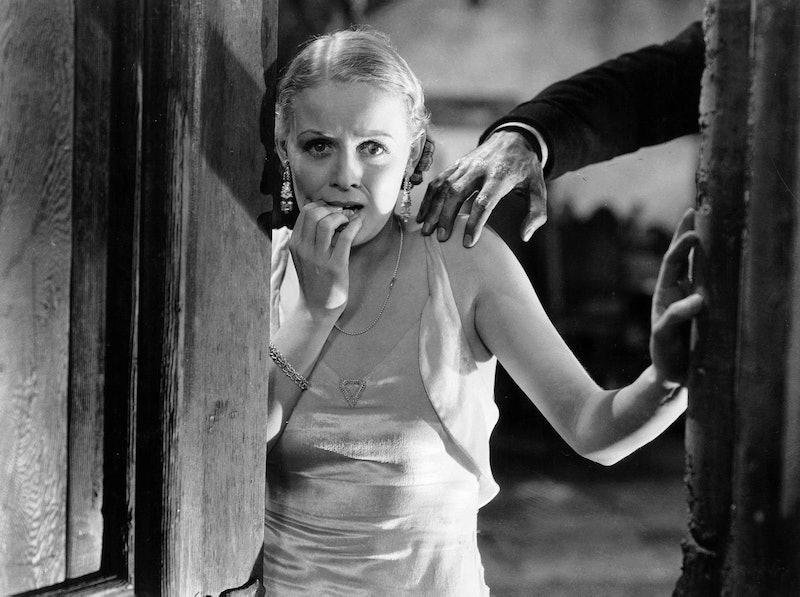 You've fallen in love, and your mind is filled with plans for your future with your new partner — when you'll introduce them to your family, when you'll take your first trip together as a couple, and when you'll finally feel comfortable pooping at your significant other's house. Should you wait six months? Should you wait even longer? Should you just pretend that you never poop because you're a highly complex, life-like humanoid robot, like Data from Star Trek: The Next Generation, or Gwyneth Paltrow? That's probably a foundation for a good, healthy relationship, right?

There's been a surprising amount of ink spilled on the issue of pooping in your significant other's vicinity — how long you should wait to do it, what does how long you waited mean, can you even really be in love if you're having healthy bowel movements — but I would like to present an alternative: if you have to poop, poop. Poop at work, poop at home, poop in a box, poop with a fox, but, most importantly, poop when you have to poop at your significant other's house. Don't wait 'til you hit the half year mark, don't wait 'til you're engaged, don't wait until you feel comfortable asking them to blast some John Philip Sousa jams to cover up the sound of your dumpage — just break the ice, and poop at your s.o.'s house — NOW.

Article after article on the subject reveals that in fact, no one is grossed out that you have to poop. No one's identified pooping within the first six months of a relationship as a "dating red flag," no one's written a moving personal essay about how they met their dream woman, but she pooped after they had tacos on their third date, so the love was not meant to be. A quick Google search reveals that the only people obsessed by the idea of women pooping while in relationships are those same women who are afraid of pooping while in relationships.

If you really can't be your best self when anyone knows that you're pooping, fine (but do know that holding in poop can create health problems from hemorrhoids to sphincter damage). But if you're just avoiding pooping due to some misguided ideas about how women are supposed to act, or what makes you sexy, I beg you to give the issue another consideration. The toilet isn't your enemy! And you can't be the best partner possible when you are literally clenching your sphincter for hours at a stretch.

1. There Is No Way Your S.O. Thinks You Don't Poop

Let's start with the biggest and most obvious reason not to hold it in: there is no way your significant other thinks that you don't poop. So what's your end game here? Let's say you feel so emotionally tormented by the idea of your lovah hearing a stray fart through the bathroom door, the only place you can relax enough to do your business when you guys spend the weekend together is Starbucks. Okay, so are you going in alone and making your boo wait in the street? Are you going in with them, and then lying and saying there was a "huge line" for the bathroom, where you "had to pee?"

No matter how you answered that question, guess what?: your S.O. still knows that you were pooping. They know that you, a human being, have to poop. If you're with them every second over a weekend, and they notice that you never take enough time to poop, they may wonder if you have enough fiber in your diet, and if they should cook some Brussels sprouts for dinner. But there is no version of this scenario where you leave and they call their mother, absolutely glowing, and say, "I found her, Ma! I found the one woman who doesn't poop!" You're not fooling anyone, and no one wants you to, anyway.

2. Pooping Is Not A Flaw That You Need to Hide

In the first flush (ahem) of new love, it's tempting to pretend that you're perfect, and that the personal traits that torment you the most — that you sometimes get angry for no reason, that you sometimes have Oreos and Diet Pepsi for breakfast, that you sometimes start weeping in Target if they play Sheryl Crow's "Strong Enough" over the intercom — don't exist. I get it.

Poop is not like that. Poop is not an eccentricity. Poop is not a stage you're going through, a bad habit that you'll never have to do again once you log enough hours with your therapist or trainer. Poop is yours forever. You + Poop = 4 life, literally. So there's nothing to gain from shielding your s.o. from its existence (which, we have established, they already know about). Just break the seal, seal the door, drop the kids off at the pool, and spend your energy disguising your actual weird habits (like that thing you do with your ear wax that you think no one notices).

3. Anyone Who Has Problems With You Pooping Is A Jerk

4. Every Second You Spend Fixated On It Is A Waste

So you're on vacation, running around like crazy trying to poop in a Panera Bread, or the Louvre, or literally any place where your honey isn't. I know in your mind you're like "I'm doing this for us!" But what would really be doing something for you two, as a couple, would be honoring your time together.

The greatest gift you could give your relationship is being present for your partner — and that means really listening to them, not just nodding at their words while secretly ignoring them because your insides are wracked with self-inflicted constipation. It may seem like a small thing, but refusing to be in the moment with your love — because you're far away in another, better moment, a moment where you get to finally poop — does more disservice to your relationship than pooping in the same hotel room as your partner ever could.

5. It's Not The Death Of Romance

Some people worry that admitting that you poop is the death of romance — the end of all mystery and sensuality in your relationship, and the beginning of engaging in behaviors like pooping with the door open while you discuss the various ways you feel disappointed by Gotham.

Some folks end up pooping with the door open around their partner and love it, but remember: that's just an option. It's not an inevitable consequence of pooping in the same house as your partner. You get to make your own choices about what constitutes intimacy at every level of your relationship, and no one can make those "peeing in front of each other"-type decisions except you.

You two can create whatever intimacy standards work for you in your relationship — for instance, since I live with my boyfriend, I think it's unrealistic to try to not fart around him. But it's pretty important to both of us to have absolute bathroom privacy (I like to use my poop time to read six month old copies of Vogue), and so we don't poop or pee in front of each other. We made our own decision based on what works for us, and so can you.

So remember: pooping at your love's house doesn't signify or symbolize anything, except that you are comfortable with who you are, and also that you had some lentils with dinner. Nothing about your digestive tract is a slippery slope into making relationship choices that you are uncomfortable with, okay? Your digestive tract is just a slippery slope for your poop — nothing more, nothing less.