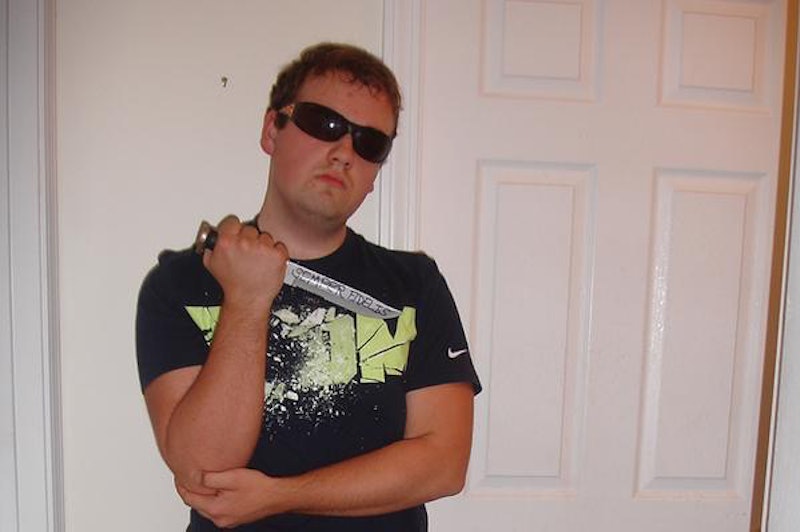 Some major news just broke in the ongoing, fraught saga of feminism, sexism, and progressive politics in gaming. If you've been following the GamerGate fracas at all — that ostensible journalistic ethics outfit that never seems happier than when taunting, harassing, or threatening women — odds are you've heard that game developer Brianna Wu has received dozens of harrowing death threats since becoming a high-profile target of the movement. Well, get this: The so-called "Jace Connors," a YouTuber who threatened to kill Brianna Wu in a rambling, scary YouTube video early this month? He was just faking. No big deal, right?

Wrong. Buzzfeed's Joseph Bernstein secured the scoop on this one, and it's equal parts fascinating, infuriating, and relieving. Here's the upshot: "Jace Connors," the gun-obsessed, seemingly unbalanced YouTuber who ravingly claimed he'd flipped his car on the way to Wu's home, is actually a comedic provocateur. Bernstein discovered that the man's real name is Jan Rankowski, a 20-year-old Mainer who's linked to the Million Dollar Extreme comedy troupe. And apparently, his idea of cutting-edge comedy was convincing an already targeted woman that he might try to murder her.

On that point, he succeeded — his foul-mouthed, post-accident tirade (which is very much NSFW, both for general cursing, and the use of a racial slur) spurred Wu to file a restraining order, which she described in her recent essay for Bustle.

To a certain extent, it's now easier to watch the above video, secure with the knowledge that "oh, this is all just a hoax by a really wrongheaded, callous person." But the story is far from over — not only did Wu tell Jezebel's Anna Merlan than she intends to move forward with legal proceedings against Rankowski, but he now says his life has collided with some of the same kinds (if much less intense) of harassment that he'd so recently pretended to support. As he told Bernstein:

People have been calling my old high school calling my work, and saying these nasty things about me. I was made to sign a contract at my job saying I wouldn’t make any of these videos again. I received a letter in the mail with a picture of me from my high school yearbook… It said I shouldn’t have fucked with 8chan.

Make no mistake, that really sucks. But there's also no letting Rankowski off the hook on this, no way, no how. In fact, I take it back — it's letting him off too easy to say he "pretended" to support this sort of stuff. When you make a video threatening a woman who's been publicly inundated with death and rape threats, you're not making some wry statement or savvy work of satire, you're being abusive. It's pretty much the perfect distillation of that old "punching up vs. punching down" distinction — who's really shouldering the burden of this attempt at humor? The people you say you're mocking, or the sole person you've made a conscious decision to terrorize?

Not that tough a question, I realize. Fortunately, Wu has made it clear that she won't back off from this, on the entirely valid grounds that letting it go gives everyone, law enforcement included, yet another excuse to not take online threats against women as seriously as they ought to. Here's hoping that somebody is held well and truly accountable for this, because a "joke" this was not.