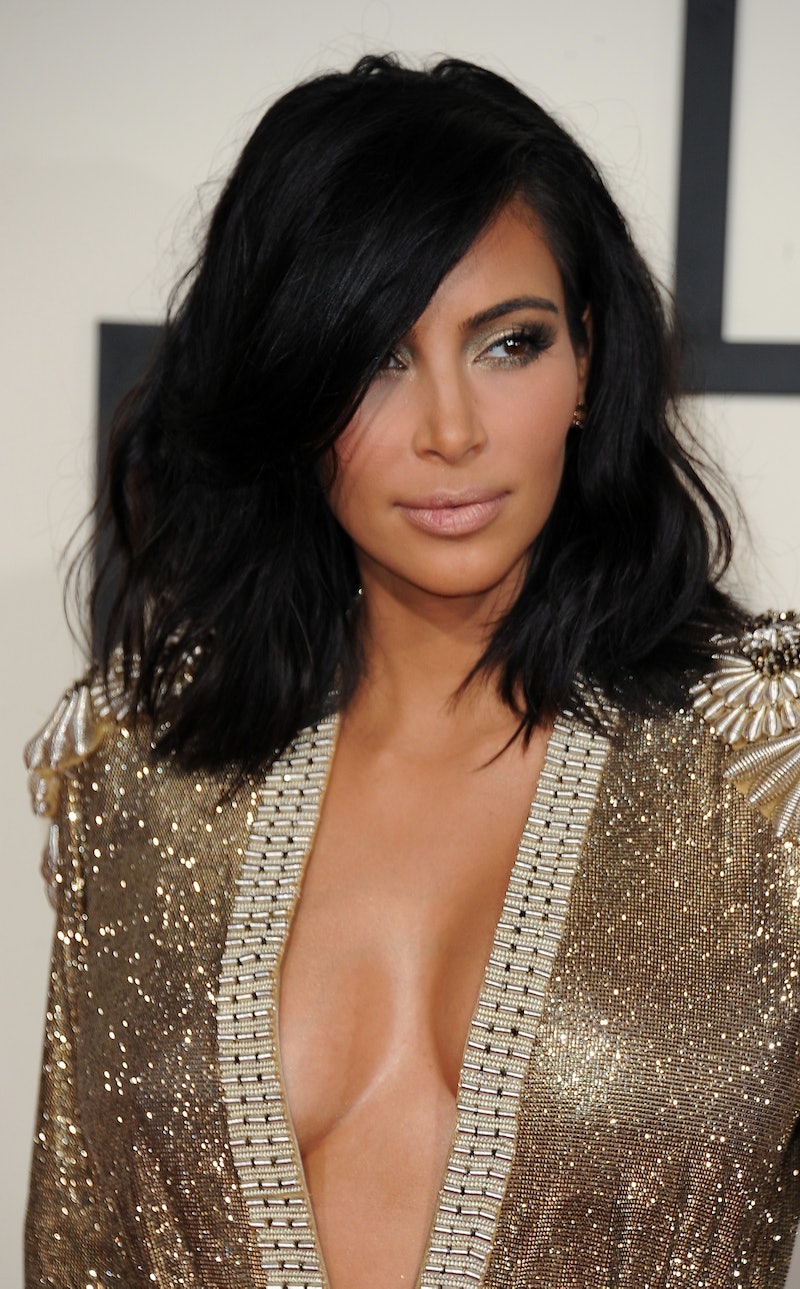 When you think about Kim Kardashian, the word "relatable" probably isn't the first thought that comes to mind. Although she has plenty of haters, I've always been a fan of Kim — mostly because I'm obsessed with Keeping Up With the Kardashians and know from the show that she's a caring and funny (if not occasionally oblivious) person. She's sweet to her family, she's a real businesswoman, and honestly? If we were ever to cross paths, I'm pretty sure we would become instant BFFs. Because even though she's totally loaded, married to Kanye West, and stars in her own reality show, Kim Kardashian is extremely relatable, and that makes her the best Kardashian ever.

Over the past nine seasons, Kim has (intentionally or not) given us so much to laugh at mostly because, in her position, we'd be doing the same thing, whether we want to admit it or not. Whether Kim is crying about losing her earring in the ocean, or searching for the perfect selfie angle, there's rarely been a time when I haven't been able to understand exactly where she's coming from — ugly crying face included.

If you end up reaching the end of this list with a newfound respect for the best Kardashian, I'll say this in advance: you're welcome.

When Kim reacted to riding camels in Dubai

After she climbs on the back of the camel — in huge heels, no less — Kim has a brief freakout that she's possibly too heavy for this camel to carry around and feels a little guilty about it. It's fine, Kim. Camels have been used for transport for thousands of years. They can probably handle you.

Yeah, Kourtney and Khloe probably were jealous, because who wouldn't want a Bentley? And besides, can we really blame Kim for being mad that her sisters tried to pick a fight on a day she'd been looking forward to for so long?

Because all of us who have a sister (or a really close best friend) find the need to insult them as a greeting, and Kim is no different.

When Kim talked about the excruciating process of taking selfies

If someone as gorgeous as Kim Kardashian can admit that she takes a lot of selfies to get that one perfect picture, I feel slightly better that this is definitely something that applies to me too.

When Kim decided to start a diet

And obviously, diets can only begin in the morning, so Kim decided she'd start the next day. You know, while having a snack. Because if you're going to diet tomorrow, you'd better enjoy your food 'til then.

When Kim walked in on Kourtney and Scott having sex

And reacts just about exactly how any of us would in that situation.

When Kim avoided all responsibility on a camping trip

Remember when Rob was dating Adrienne Bailon and their families met for the first time on a camping trip? When it came time to put up the tents, Kim could not get far enough away from them. She was very up front about camping not being her thing, and because of that? Yeah, Mom, the tents are all you.

When Kim was confident about her pregnancy

The entire time Kim was pregnant with North West, the media gave her a brutal beating over how much weight she gained while carrying her baby. Kim obviously wasn't blind to the media's words, but she was open about the changes her body went through — which is something any mother can relate to — and said "whatever" to the haters.

When Kim talked about Kylie's Tumblr

While Kim was pregnant with North, she spent a lot of time stalking Kylie's Tumblr, even submitting photos of herself for Kylie to post in the hopes that she was still cool even though she was becoming a mom. She even became slightly obsessed with her sister's style because she wanted to be cool that bad. And honestly, who hasn't been there? Ugh, the younger generation doesn't know how good they have it.

Because not even something as scary as the thought of her baby sister being incarcerated was enough to keep Kim away from her camera. It must have been worth it, since now she's posting an entire book of these selfies. And can we blame her? Good lighting cannot be wasted.

When Kim freaked out over the earrings in Bora Bora

Yes, I saved the best for last. Kim has a complete freakout while on vacation in Bora Bora because one of her diamond earrings fell out when she jumped into the ocean. And obviously, she loved those earrings, because she had a total meltdown over losing one of them — ugly crying face and all. It's fine, Kim — anyone who says they wouldn't feel the same is totally lying.