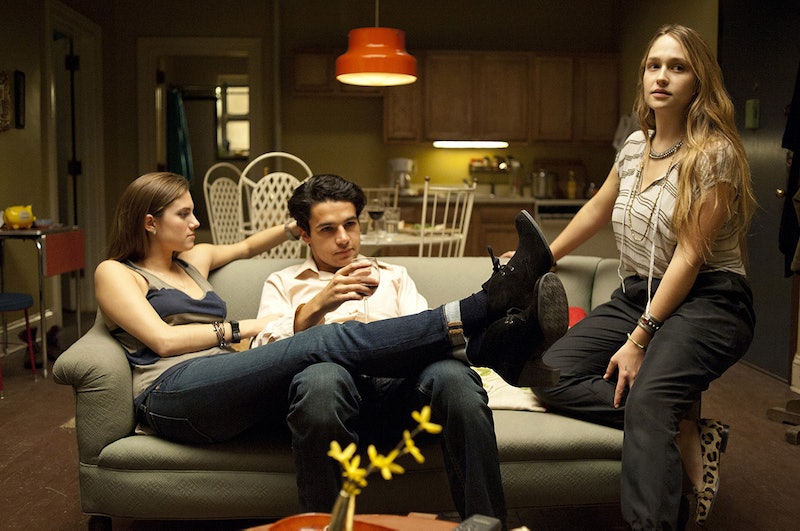 Sometimes, when we're single, we can feel like we're totally different people from who we are when we're partnered. It makes a certain amount of sense, because it turns out that parts of our brain function differently when we're single, too. It's not that our brains change completely based on whether we have someone in our lives to watch Netflix with; rather, the cornerstones of the single life — from scoping out potential sex partners, to recovering from a break-up, to processing alone time — involve different areas of our brain than partnered life does. It makes sense that we'd feel different when we're single; but how and why, exactly, can be more of a mystery.

We read a lot about the science of love and relationships — how love happens, how to make it last, how being in love activates all sorts of hormones that make you feel like a giant baby being cradled in an enormous soft blanket — but with slightly over half the adult U.S. population unmarried (that's more than 50 million people, a decent chunk of whom must be single), it's worth examining what special brain science bonuses (and drawbacks) there are to being single.

Here are three ways your brain tends to behave differently when you're ready to mingle.

1. You're Better At Instantly Assessing Attraction

You may feel like Tinder is shallow (and you may be right), but judging someone based on your immediate impression of their looks wasn't created by the ubiquitous dating/banging app — in fact, we have a particular area of our brains that regulates our physical attraction to others, and uses that information to instantly decide if we like them or not.

The medial prefrontal cortex makes a judgment about whether or not someone is attractive when we meet them, but its reach goes far beyond just determining who's hot and who is, alternately, not. A study conducted at Dublin's Trinity College found that, when subjects were shown photos of other students whom they would later meet at a speed dating event, activity in the medial prefrontal cortex was a good indicator of which students they'd get along with — and possibly even accept a real date from — later on at the event. But, interestingly, this ability only comes out when we need it — i.e. only when we're single and so very ready to mingle.

This area of the brain may also account for what we call "chemistry" or "spark" in a dating situation — as in "He had good taste in wine and some very riveting theories about what was going to happen in the upcoming season of Mad Men, but ultimately, I just didn't feel a spark."

So, there, you're not shallow — nature is shallow. Swipe left in good conscience!

You know that feeling when a new relationship just kind of seems to take over the space in your life that you previously devoted to artistic pursuits? Well, turns out that it's not your fault for finding oral sex more stimulating that oil paints; a new study published in The Journal of Family Issues found that single people have an easier time working on art and creative projects than their partnered peers.

The study — which examined over 1,500 participants embroiled in romantic relationships of varying degrees of seriousness, from casual hook-ups to marriages — found that the longer a participant had been partnered and the more serious and intimate their relationship, the more likely they were to engage in what the study called "everyday creativity," like cooking — but the less likely they were to engage in efforts of "serious creativity," like writing a novel or directing a short film. Flying in the face of previous research that suggested that falling in love increased overall creativity, this study found that creativity seemed to be a more commonplace among the single.

Does this mean that partnered people should kick their boos to the curb in order to finally start composing that symphony? Not quite. But it does shed scientific light on an experience that many of us have had in relationships — you only have so much mental bandwidth, and despite what some self-help books would have you believe, no one of us can have it all.

3. You're More Sensitive To Rejection

Okay, not every special single brain power is fun. But at least this one explains something. Ever experienced a bar rejection that made you feel like the wind had literally been knocked out of you?

That's because the same areas of your brain that illuminate when you experience physical pain also light up when you get kicked in the heart. Break-ups and other forms of "social rejection" stimulate the secondary somatosensory cortex and the dorsal posterior insula, areas of the brain which usually process our feelings of bodily pain.

A study of 40 recently dumped people who submitted to MRIs while experiencing mild physical pain (similar to getting splashed with hot coffee), were also asked to look at a photo of their ex. The study found that the results from both MRIs — measuring the physical and emotional pain against each other — were comparable. So your desire to seek comfort after rejection, the way you would after a physical injury, makes sense. Just another reason why those rebound relationships might not be so bad, after all.