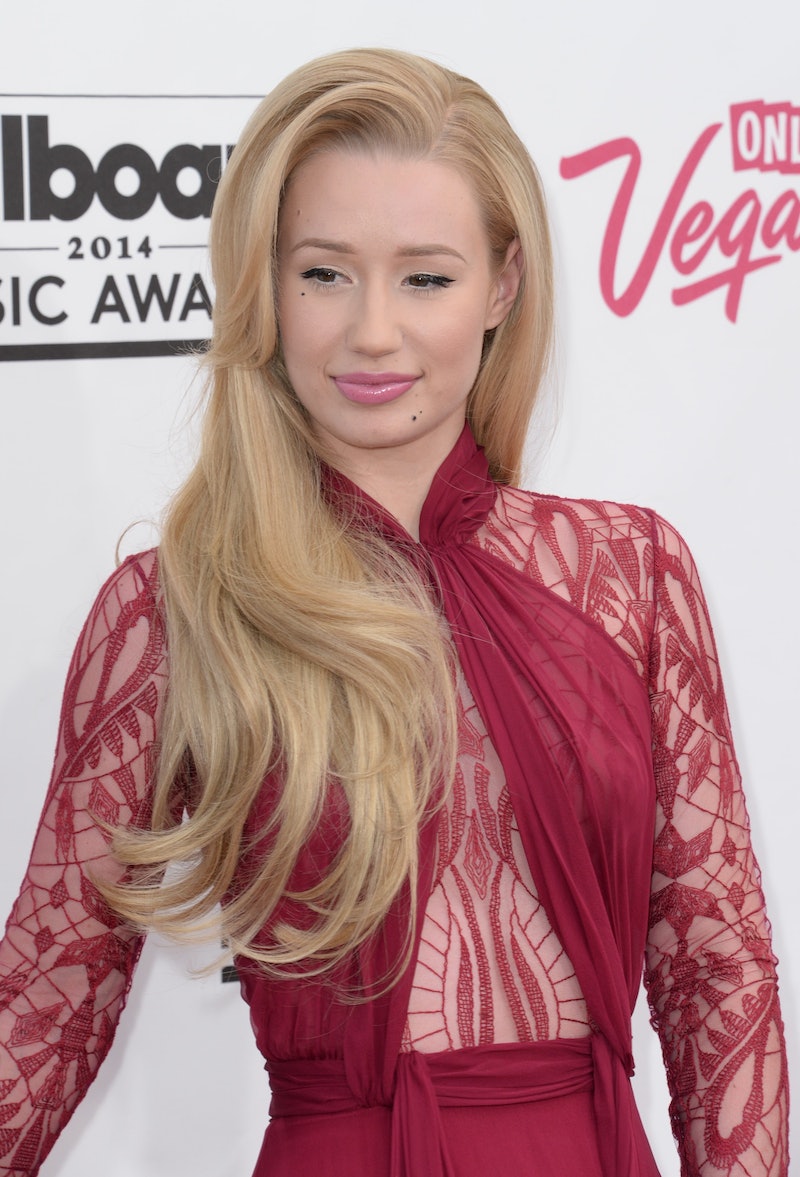 Stars, they're just like us! They derive great joy from substituting little cartoons for words in texting dialogues. Billboard asked stars to share their favorite emojis, in which we confirmed once and for all what the spirit doodles of Charli XCX, Iggy Azalea, and Diplo are. What did I learn specifically? Every person uses the emoji dictionary in a unique and special way, and a certain kind of bro ALWAYS loves the eggplant.

We already know that Taylor Swift's favorite emoji is the surprised face, but this latest case study gives me further data to cross-reference with my celeb emoji hypotheses. In the article, Iggy Azalea, Gwen Stefani, Charli XCX, Katy Perry, and Diplo explain why they love the little doodles they love, giving us even more insight into MORE celebrity emoji habits. Iggy Azalea uses the emoji dictionary to indicate frustration with the world just like I do, making us kindred emoji spirits. Katy Perry employs the emoji dictionary to communicate how much she loves babies. Charli XCX's chosen cartoon gives her a great deal of happiness, and Diplo's is predictably phallic.

Without further ado, I'm running down the findings from Billboard's experiment, and assessing how surprised I am by the favorite emojis of the following famouses.

Azalea mentioned that her favorite emoji combo is the gun, "Because I want to blow my brains out all the time when I'm texing. Like 'Ugh, kill me.'" I must say, I'm not entirely surprised that Iggz is an ironic suicide threatener. I'm guessing that Twitter makes her feel like this every day. It seems to be commensurate with her sense of humor.

Perry reportedly enjoys the baby face because of her baby niece. "When I want to see my niece Stella I send that to my sister —'Shoot me up with that child!'" Just being honest, I had her pegged for a lollipop girl, so I'm a bit flummoxed by this information.

Stefani testified that she's currently feeling the cloud, because "It's so expressive of what I'm feeling right now."I still love you Gwen, but I've gotta be honest. I'm a little disappointed that you didn't choose something with a little more pizzazz. I mean, WOW ME!! PLEASE!!

The "Boom, Clap" singer digs the palm tree because "it's underrated and really tropical. It brings happiness into my life!" I mean, I can see it. Mostly because I imagine her room to be decorated with '90s neon palm tree lights from Spencer's Gifts.

"It's code for stuff," the DJ/ alt-bro told Billboard. By stuff, he obviously means wieners. Of course you'd be into the wang stand-in emoji, Diplo. You freakin' would. While I'm not surprised in the least, I feel that the only appropriate reaction to this fact is the following one.