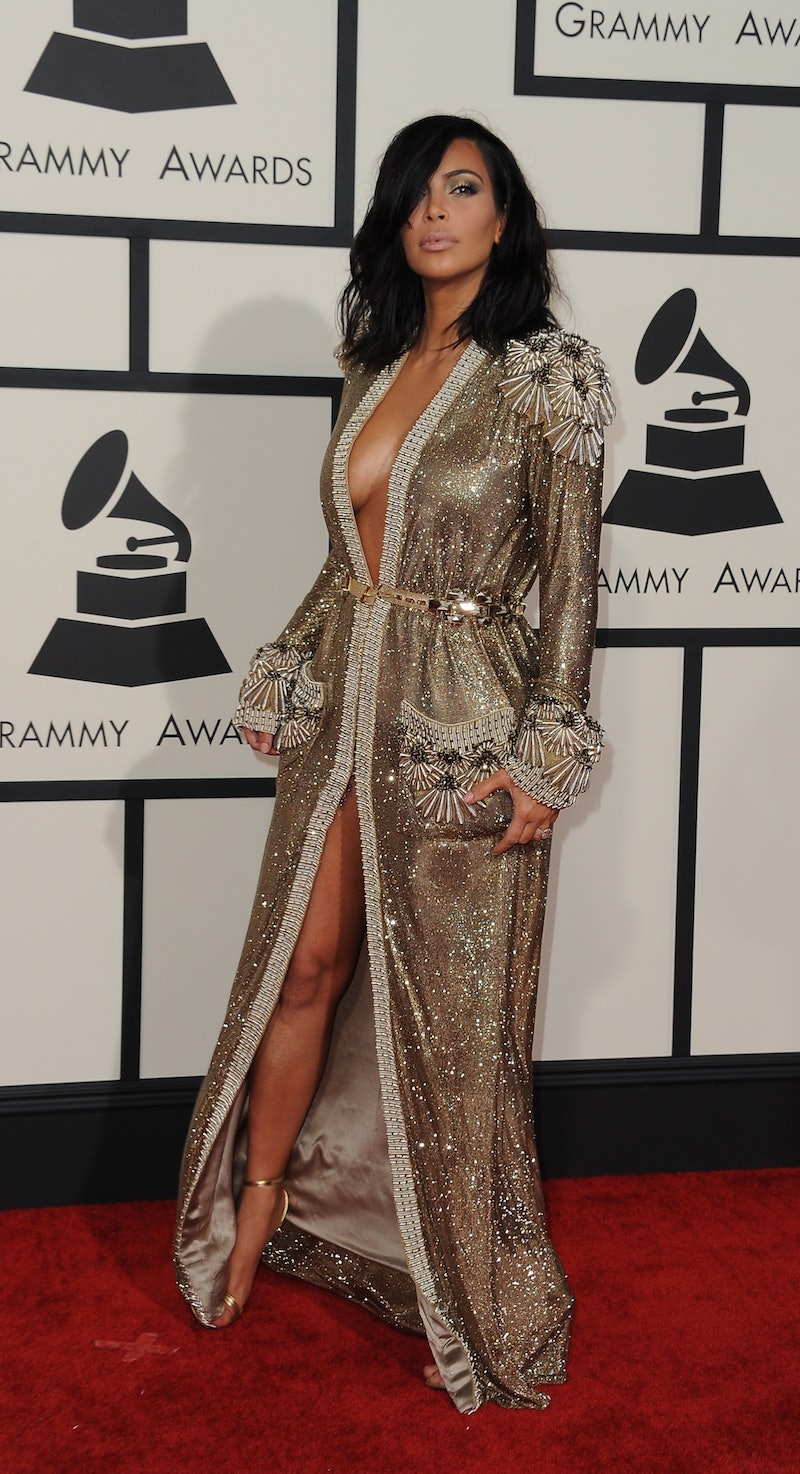 Just when I thought my obsession might finally be over, Kim Kardashian added Kylie and Kendall Jenner to her iPhone game. That's right, the youngest members of the Jenner clan are joining Kim, Kris, Kourtney, and Khloe in Kim Kardashian: Hollywood, and I'm beyond excited. Kim teased the news on Instagram Wednesday, posting a shot of their animated characters. She cropped their faces out, but it's pretty easy to guess that you're looking at Kylie and Kendall. I mean, Kendall's avatar is dressed in her backless Billboard awards outfit, and Kylie's has long teal extensions. You're not fooling anyone, Kim.

It's not known exactly when the pair will be added, but I do know why they were added. Because we asked for them to be added. I mean, I never did directly, and you might not have either. But clearly some fans of the game were clamoring for the Jenners to join, because their wish was Kimmy's command. "You asked for it.... #KimKardashianHollywoodGame #ComingSoon" she captioned the picture of her digital sisters.

And this Kim Kardashian: Hollywood addict is excited that Kendall and Kylie are joining her game. It was getting a bit boring to play, and this might spice things up a little. Here's hoping that their avatars make fun of Kim's avatar a lot, because that's not only true to life, but it would really heighten everyone's enjoyment of the game.

But as great as the sisters are, why stop there? If asking for things gets Kim to listen, then here's my Kim Kardashian: Hollywood wish list for more characters to add. I'm looking forward to receiving these updates soon, Kim!

If Kim's not going to let me have kids in her game, she might as well let me hang out with hers. Perhaps I can take on some tasks as her nanny or something. I'd happily give up my modeling career to hang out with Nori.

I've been asking for this since the damn game came out. Let's be real, about 99 percent of why I even care about Keeping Up With the Kardashians is because of Lord Disick. Kim, if you add him to the game I swear I'll never stop playing.

We've gotten some veiled Yeezy references in her game over the months (like when Kim's avatar bragged about her in-home recording studio), but I want to see him in person. I know he's creating his own video game, so maybe there's some crossover potential here?

I feel really bad for Rob because his family leaves him out of everything. Kim needs to include him for that reason alone, but I could also see him adding to the content of the game. Perhaps players can help him launch his sock/onesies business or attend red carpet events for his brand. It's a good way for her to promote her brother's business in real life.

He's been a KUWTK staple for years. It's only right that he joins her iPhone game. Besides he's been a PR person in real life, so he'd fit right into the Kim Kardashian: Hollywood world. His avatar can help players book events and such.

Kylie Jenner's dog is the cutest. He should definitely be digitized and then gifted to players because we deserve something nice after earning Kim Kardashian all those app store profits. Really Kim, it's the least you could do.