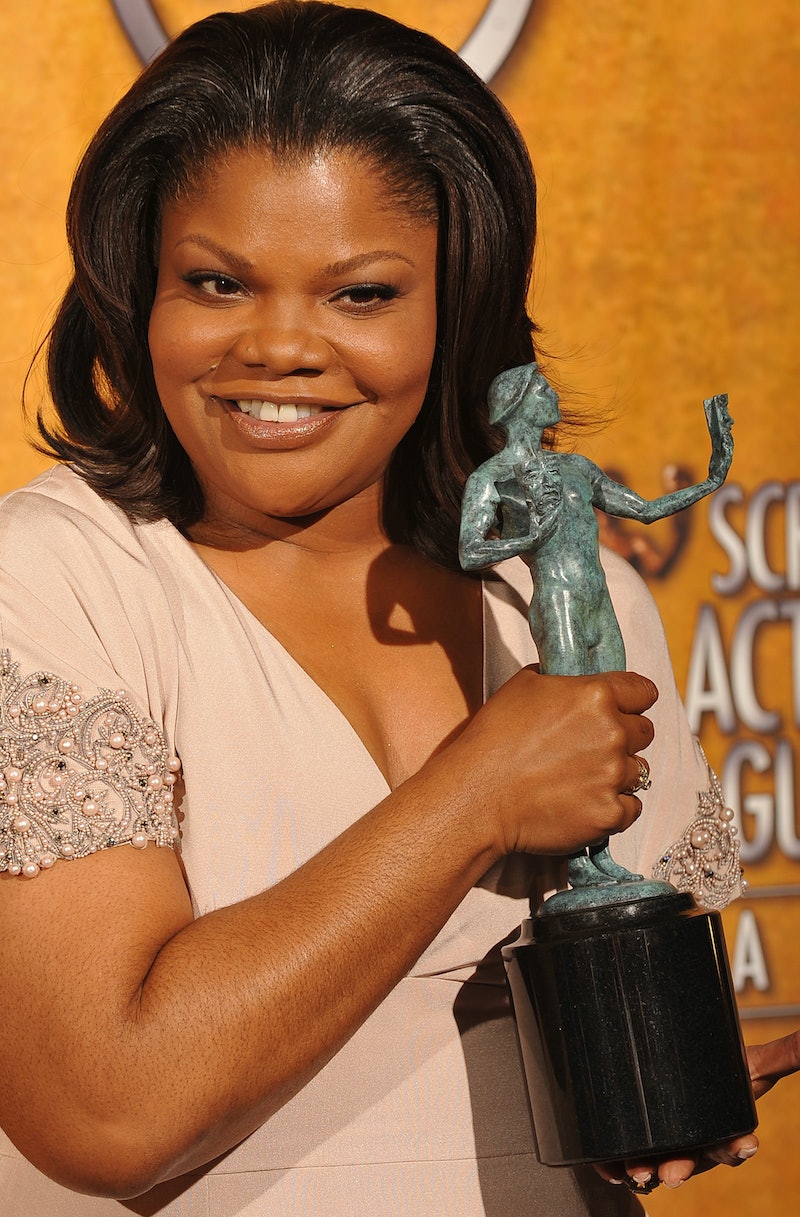 In a twist that complicates an already seemingly complicated situation, Mo'Nique has refuted Lee Daniels' recent media comments about why her career has suffered after her Oscar win. Daniels said that the Oscar-winning actress has been blackballed by Hollywood for making unreasonable demands, resulting in a lilt in Mo'Nique's career. However, the actress herself has responded to Daniels' statements, telling Don Lemon on CNN Tonight that this wasn't the whole story.

“It wasn’t that I was blackballed like Mr. Daniels said… the phone was ringing and the scripts were coming but the offers that were associated with them made me say ‘I can’t accept that. If we continue to accept these low offers, how do we make a change?”

Though it's difficult to know what really went on, Daniels calling out Mo'Nique specifically and telling her to "play ball" is a demand that seems highly gendered. Lots of actors still get roles despite being branded as difficult, but those actors are not women of color.

Mo'Nique's excellent comment about not accepting low offers in order to create change brought to mind Amy Pascal's recent remarks about Jennifer Lawrence. When Lawrence's significantly lower American Hustle pay was revealed, Pascal defended it by saying that J. Law could have asked for more money if she'd wanted it. Here's what she said:

This shows a lack of understanding of the systemic forces that have resulted in women earning less money for their work in all professions. Lawrence has a lot to gain by protecting her low-key, non-diva image. Mo'Nique, on the other hand, has refused the roles and has been branded a diva.

Now, Daniels wasn't accusing Mo'Nique of being overly picky, but rather of being rude on the set of Precious. However, Mo'Nique refuted those claims, saying that her diva demands were overblown and were related to one specific incident in which Mo'Nique wanted compensation for a press tour. The details of the incident seem fuzzy, but the gist is that Mo'Nique asked for more money, which was escalated by Daniels into full-on diva behavior.

The message that is being sent is that actresses, and specifically black actresses, must either accept what is given to them (which Pascal accused as being push-over behavior) or be branded as divas. The forces that so enraged Patricia Arquette at Sunday's Oscars are alive and well.