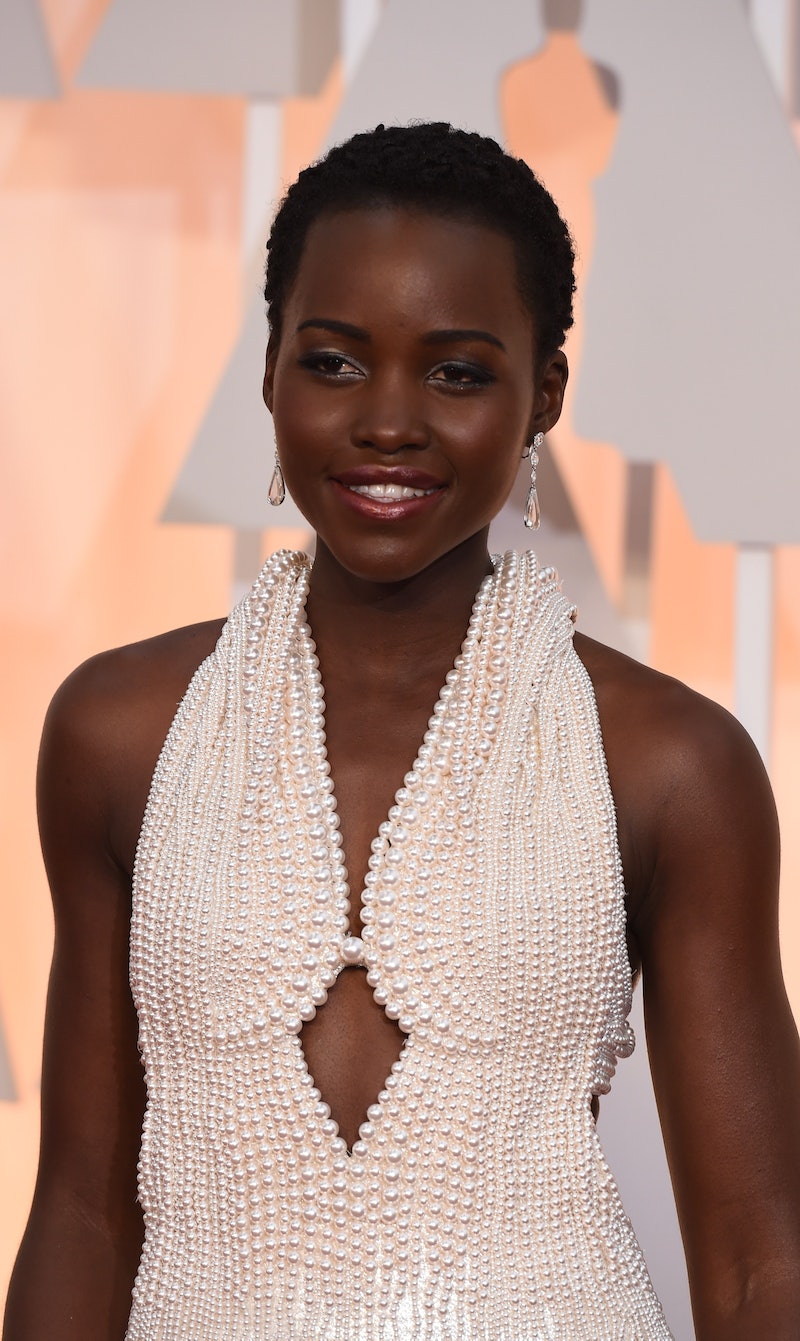 Urgent Lupita Nyong'o dress heist news, everyone!!! We can all breathe a collective sigh of relief, because the Lupita Nyong'o Oscars dress has been returned semi-safely. Turns out, the nefarious captors of this precious frock wanted nothing to do with it after they found out that it wasn't made of real pearls. Insert eye-roll here.

After being kidnapped from the safety of Nong'o's London West Hollywood Hotel room on Tuesday, the pearl-encrusted Calvin Klein number was returned on Friday afternoon according to TMZ. Although the dress was considered missing (presumed dead) for just two days, this scandal left us with a bevy of distressed questions. Where was the dress? Was it tied up in an abandoned warehouse somewhere being subjected to unspeakable forms of torture? When (and IF) the dress made its way back home, would it be traumatized and disfigured, a shell of its former self? Most importantly, what poor excuse for a human would do such a terrible thing???

Thinking that the pearls on this dress were real, the person basically tried to sell it for parts. TMZ had the luck of speaking with the dress' captor, who admitted to nabbing the dress from the Oscar-winning actress' room when he saw her door left ajar. Doing his due diligence, the person pulled two pearls from the dress and went to an LA garment district vendor to verify their authenticity. Upon finding out that the pearls were not authentic, the individual lost interest and returned the dress to a public bathroom of the hotel in a trash bag looking like this. Oh, the humanity!!

Mere days before, the Calvin Klein gown— which is reportedly valued at $150K— graced the otherworldly form of earthly goddess Lupita Nyong'o. Here it is before it lost its innocence.

Apparently, there was a lesson in it for the villainous dress thief. Instead of thinking "don't steal an Oscars dress" (which is the real moral of this story), the person views Lupita's synthetic pearl dress and his inability to make money from it as a metaphor for "Hollywood's fake bulls**t." World, meet Lupita's dress thief: the individual in your college seminar who consistently misunderstood the readings.

Let's unpack this person's idiocy for a moment. Firstly, a dress made entirely of real pearls probably wouldn't exist anywhere but behind a glass case in a museum. Secondly, even design houses have budgets that would prevent the construction of such a dress. Lastly, the whole scandal just makes the world love Lupita Nyong'o even more. She emerges as the sole winner of this crazy caper.