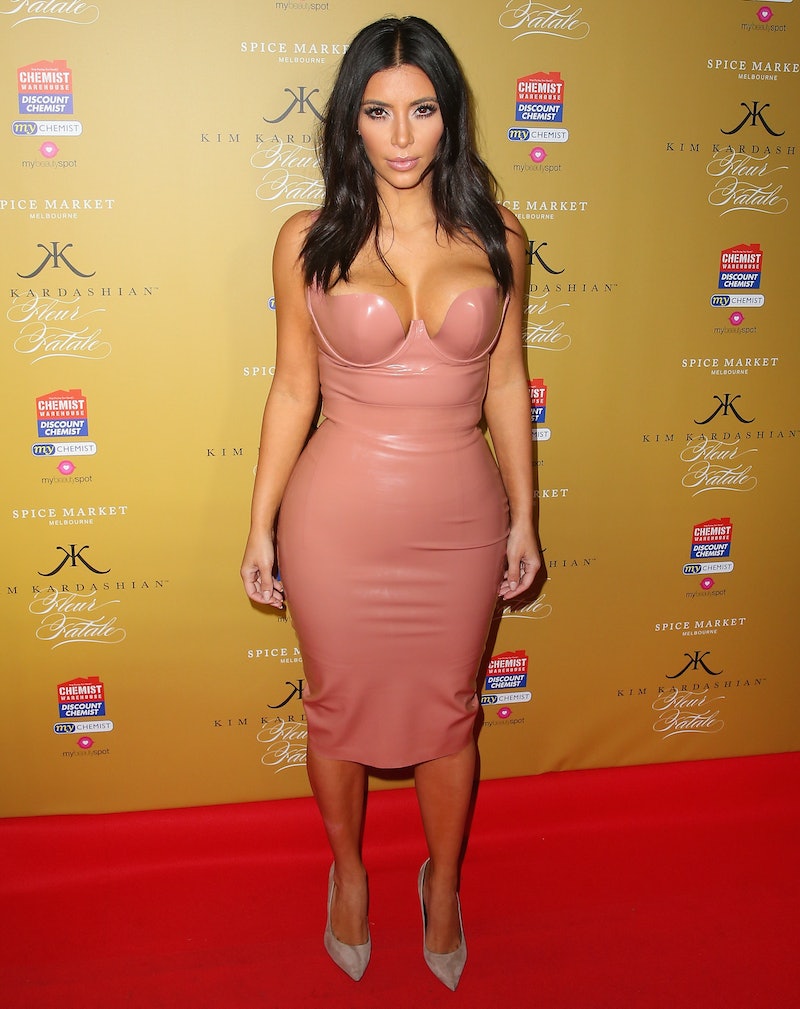 Imitation is the best form of flattery, they say. But, when it's about who wore what, things get a little messy. It's an old adage that women face as they move through womanhood: the fear that someone might wear the same prom dress as you; the same hairstyle; the same pair of shoes. Of course, prom is mostly a private space reserved for the school gym, or if you're lucky, then a hotel ballroom. It is also something that many of us choose to leave in the past. But, in the case of going to a major pop star's party in London, where the paparazzi is documenting your every move, the whole world will know when you're dressed like someone else, and the Internet will never forget. Case in point: Rita Ora and Kim Kardashian wore almost the same dress last night.

Of course, the Ora-Kardashian dress scandal follows in line with the many that have had the Internet in all-out war this week. Lupita Nyong'o's Calvin Klein Oscar's dress was stolen. It has since been returned by an anonymous person, who reportedly says he or she tried to sell it in Los Angele's garment district but later learned that the delicately placed pearls that covered the gown were allegedly fake. Then, there was #dressgate or #thedress that divided everything from households to subway trains because sometimes people get bored and forget the elementary school lessons they learned about the color wheel. The better question should have been not whether the dress was black and blue or white and gold, but would anyone ever dare to wear it? Was it even a remotely cute dress?

In true Kim Kardashian and Rita Ora fashion, it makes sense that they have joined this week's trending battle concerning dresses. Since none of us were lucky enough to get invited to Madonna's party, let Parent Trap give us some insight on the events of the Ora-Kardashian dress showdown.

Ora and Kardashian are talking to their respective parties, and then they turn to find out:

A lone guest, who's probably had one too many cocktails asks:

And, depending on the night they've had leading up to the party, Ora OR Kardashian would say:

And the other, being the bigger person says:

Then both get back to their hotels, condos, mansions, etc., and wail to their significant others:

That is most likely how it all went down.

More like this
Kim Kardashian Just Wore A Latex Bra Top For Miami Art Basel
By Dominique Norman
Kim Kardashian On The Beauty Hack That “Changed My Life, My Skin, My Confidence”
By Taylor Jean Stephan
Here Are All 703 Outfits Rachel Wore On Friends
By Kat George
North West Has Mastered The Wednesday Addams & Lady Gaga TikTok Dance
By Jake Viswanath
Get Even More From Bustle — Sign Up For The Newsletter