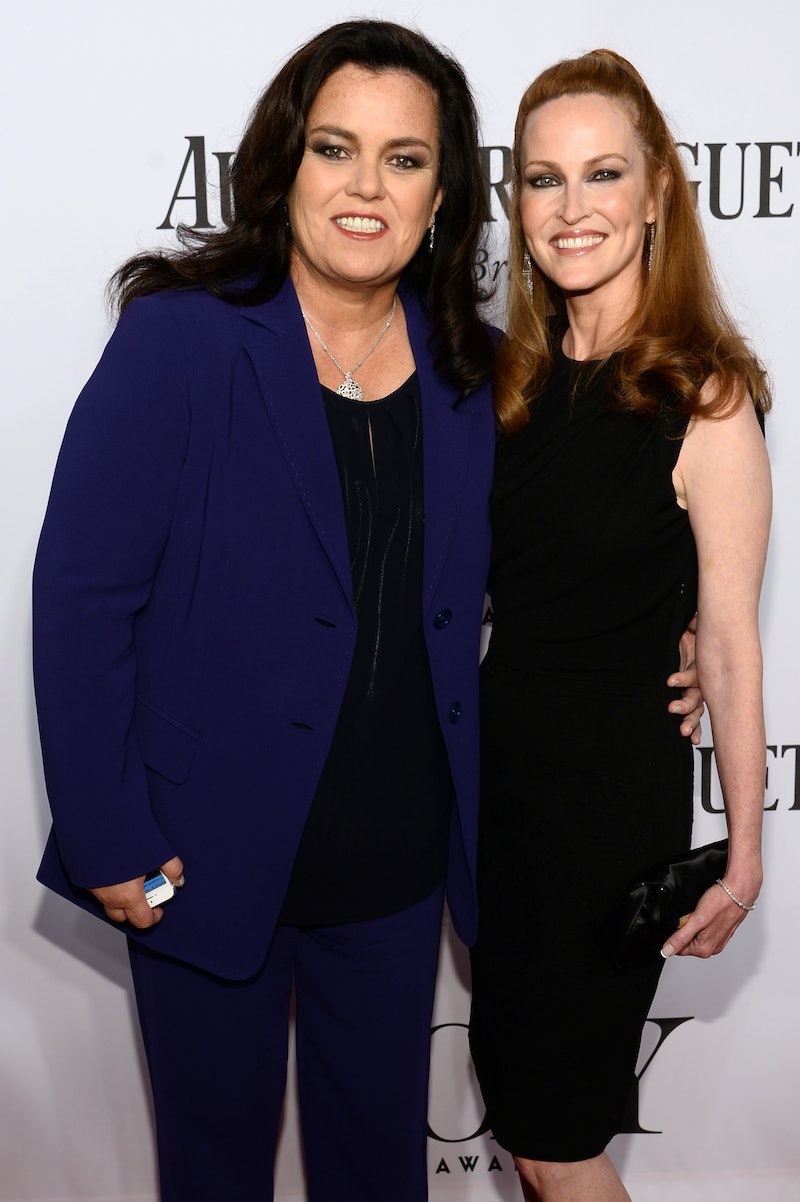 Rosie O'Donnell and her wife Michelle Rounds are getting a divorce. O'Donnell made the split official at the Manhattan Supreme Court on Friday. The couple had been married for three years, and they have an adopted daughter together. The New York Post had previously reported that the two were living apart for months before the divorce. The 52-year-old comedian and Rounds have been sharing custody of their daughter Dakota since.

This sad news comes only weeks after O'Donnell quit The View. Though I'm sure both transitions are difficult, this might be a good opportunity for her to start fresh. All signs point to the divorce being as amicable as can be expected, with an uncontested proceeding and a prenup in place, though O'Donnell's rep said: "this has been a very stressful situation. She is putting her personal health and family first." And O'Donnell does have plenty to think about: her older children, her young daughter, her health, and her career. There are so many options available to her, but I like one she brought up last year: a role on Orange Is The New Black. O'Donnell has always been a great actress, so I'm hoping she'll be able to return to the big or small screen soon. We're rooting for you, Rosie.