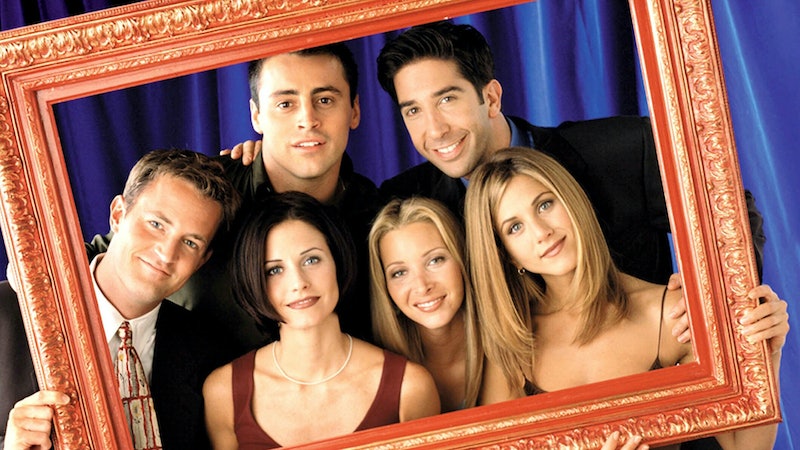 Many of us were still children or little pre-teens during Friends' initial run, so you probably don't have the same favorite character now that you might have had before you sat down for second viewing of the series, which made its way onto Netflix in January. Or rather, your favorite Friends character may say something different about you now than it did then.

Rest assured, I was about three years old when then show was put on the air, and my conscious memories start about mid-season: Like, let's say Ross' third or fourth major screw-up. Not, "We were on a break" era, but definitely more around the "I Ross, Take Thee Rachel" era. And the child I was then, clawing desperately to be a Rachel, is definitely different than the lady I am now, Phoebe-ing hardcore every day. It's actually crazier to want to be a Rachel when you're in your 20s, in my opinion. It's the difference between David Schwimmer and America's DILF Paul Rudd, you guys.

But I digress. Because I'm sure you also identify hardcore with the show, and are doing some soul-searching mid-binge watch, here's what your favorite Friends character said about you as a child, and you as a 20-something trying to figure it all out, you sitcom cliche, you.

Then: You valued Monica for her cool job as a chef. You were probably wildly unpopular at school, but didn't necessarily realize it.

Now: You're the mother hen of your group of friends, and have the next 10 years of your life mapped out perfectly on Pinterest. You got through at least two seasons of Cougar Town and actually hoped for more.

Then: You understood that Chandler was the funniest, but you didn't entirely know why.

Now: You've probably been stuck in the same unpaid internship for over three years. Suffice to say you're certainly unhappy with the current state of your life, but know how to churn your depressing life truisms into hilarity.

Then: You enjoyed the simpler things in life, like going to bed with your stuffed animal long after it was socially acceptable.

Now: You enjoy the simpler things in life, and your OkCupid profile is subsequently dull. But you do very well on Twitter. There are plenty of glamour shots of you in a bathing suit all across the Internet. The only person you thought was truly hysterical on Parks and Recreation was Andy. If you're a girl, everyone you've dated is a beautiful idiot. If you're a guy, you love posting antiquated memes on Facebook.

Then: You spent so much time making macaroni pictures. Your attic is literally nothing but that. You had three imaginary friends, and spoke two imaginary languages.

Now: You're probably a little too quirky for a milquetoast show like this, but you enjoy insane platitudes about living in your car and stepmothers who killed themselves. It makes you feel so much better about looking for change on the subway and shopping for sugar daddies on the internet (you've never MESSAGED anyone, but the options are open). You're either really excited for Coachella, or you're me.

Now: You had some ridiculous claim to fame, like you were a model for a Limited Too catalog. This inexplicably made you the queen of 5th grade.

Then: You're working on a fashion blog, with moderate success. You have every season of Sex and the City on DVD. Everyone takes care of you, because you are pretty and generally unpleasant when you're whining.

More like this
Emma Thompson, Lashana Lynch, & Stephen Graham Lead Netflix’s 'Matilda'
By Sophie McEvoy
Jennifer Aniston Spoke Out About *That* Viral TikTok
By El Hunt
Viktor Hargreeves’ Coming Out Scenes Are The Sweetest Part Of Umbrella Academy Season 3
By Gretchen Smail
‘God’s Favorite Idiot’ Still Has To Film 8 More Episodes
By Kadin Burnett
Get Even More From Bustle — Sign Up For The Newsletter