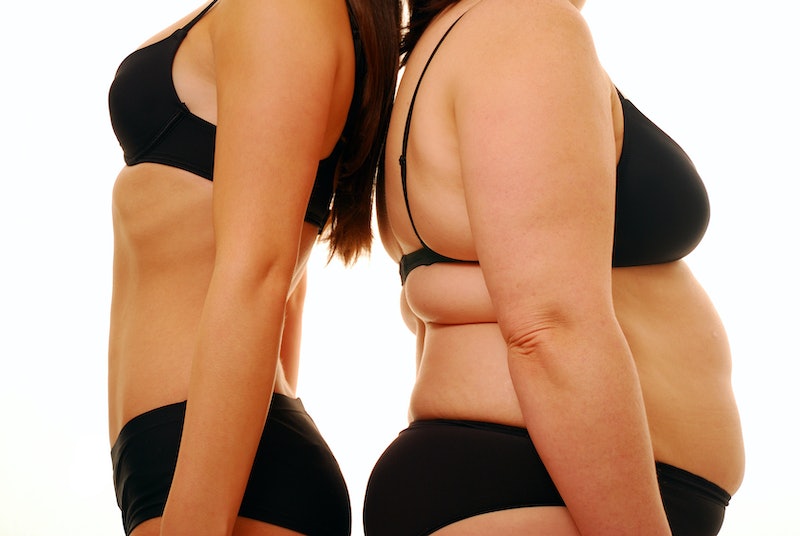 Before Fat Shaming Week took the Internet by storm, it was a little easier to believe that we lived in a more educated time — a fairer time. As of last month, 13 states have legalized gay marriage. The Civil Rights Movement through the 50s, 60s and 70s saw an end to legal segregation. And the Equal Pay Act of 1963 was a massive stepping stone in the fight for equal rights of women in the workforce. So much has been done in the quest for equality when it comes to sexuality or race or gender or religion, and in a sense, that makes it easier for us to remain under the illusion that times have changed for the better – that equality, although obviously not entirely achieved in any of the aforementioned categories, is possible and maybe even foreseeable in the near future.

Last week saw one of the most repulsive and alarming representations of virtually everything wrong with humans. Return of Kings, self-described as a blog for “heterosexual, masculine men” whose main premises include, but are certainly not limited to, “women are sluts if they sleep around, but men are not,” “a woman’s value is mainly determined by her fertility and beauty,” and “socialism, feminism and cultural Marxism cause societies to decline because they destroy the family unit,” declared this week #FatShamingWeek via Twitter. Then they spent six days writing posts along the lines of "Atheists are Fatties" and "5 Reasons Fat People are Evil." They point out that the Bible labels gluttony a sin, but conveniently leave out the part where the Bible preaches "an eye for an eye" or "treat others as you want to be treated," or conversely, mentioning that the Bible also says that if a man has a stubborn and rebellious son, that child shall be stoned to death. In "5 Reasons Fat People are Evil," we are told fat people are self-centered, smelly feminists who "don't give a shit about their appearances."

In reference to their reasons behind the birth of #FatShamingWeek, ROK establishes in their first post that they fully believe this is a quest for change — that getting fat women to lose weight will vastly improve the lives of the men of society:

Mocking someone for lazy and slothful behavior is one of the best ways to motivate them to change and appear more pleasing before our presence.

Hurting people’s feelings is the quickest way to get them to change.

One cannot help but notice that this has serious resonances with the ideology of corrective rape. You know, the brutal hate crime, prominent in South Africa, of raping homosexual men and women to cure them of their sexual orientation — most often, carried out by men and onto women, because less lesbians means more happy men. While the men of ROK aren't sexually assaulting anyone, their premise is very much the same: fat women need to be fixed, just as lesbian women need to be fixed. Because only then will the world be a better place.

It should be mentioned that the founder of ROK is none other than Roosh V, the 34-year-old author of “Bang Guides” like “How to get laid for dummies,” where he chronicles his experiences and offers advice on conquering women in Iceland, Denmark, Colombia, Estonia and Lithuania (to name a few). He has been labeled a misogynist by the Southern Poverty Law Center, who usually reports on domestic terrorism and neo-Nazis. And, his main tip for picking up women is “stop asking for permission."

Anyone with an ounce of reason would have assumed this whole thing was a joke. Not only does the existence of such a misogynistic blog seem like a total gag this day in age, but the actual declaration of a week dedicated to the verbal abuse and torment of a group of people seems simply unreal. Or maybe that's just because we had convinced ourselves that, with the new found force of plus-size bloggers and the fat acceptance movement as a whole, society was becoming more open-minded. Clearly it's not, because once the hash tag FatShamingWeek was out there, hundreds, if not thousands of people embraced it, supported it and spread it across cyberspace.

As #FatShamingWeek spread like the poisonous, skin-crawling virus that it is, we saw Twitterers leech onto it like parasitic blood-sucking wretches. It wasn't just that fat jokes were being made (fat jokes are always being made, after all, and some of them were just plain silly), it was that people were taking the opportunity to be downright cruel, and proud of it.

When it comes to commenters like FeistyWoman, who describes herself as a "far-right traditionalist housewife" and who is also one of the most passionate proponents of the shaming, one cannot help but actually feel bad for the deeply rooted ignorance that still exists within these pseudo-intellectuals. She says that obesity deserves shame because fat people are all, obviously, horrible and lazy. As though fat people don't go to school or work or exercise or do anything other exist in their fat bubble. As though their weight mandates that they are somehow sub-human and don't deserve basic human respect. Commenters cite the monetary drain overweight people place on society — as though thin people do not get cancer or diabetes, and as though smokers, alcoholics or people with eating disorders don't become ill. They say losing weight is easy, as though a) that's true and b) someone could not possibly prefer to have extra flesh on their bones. They say fat people are "revolting", as though someone's appeal couldn't possibly be linked to their personality, intellect, kindness or anything actually relevant. This is more than just maddening, it's astounding. And ultimately, it makes us wonder how it is that we still live in a society where this sort of thinking is condoned.

As with any radical, evil movement, however, comes the opposition. In this case, people of all sizes and sex vengefully and passionately proclaimed their wrath toward the shamers. Meghan Tonjes of the gloss posted a heartfelt video, and the Twittersphere reacted vehemently.

As always, there are people who will never stop fighting for equality, and this situation has been no different. As #FatShamingWeek comes to an end, the message it taught us endures — we are still surrounded by ignorance and blind hatred. Just because improvements have been made to raise awareness and acceptance of equal rights does not mean we're there yet. The battle hasn't been won, it's only just beginning. Perhaps no matter how much education improves in these areas there will always be people just inclined to inflate their own self worth by discriminating against others, but at least we can aim for a future where less and less people have to become victims of such discrimination and those who are do not have to suffer indefinitely, with no hope of recompense.

For now, all we can do is team together with those spreading body positive messages, like Sarah Martindale, founder of Body Positive Liverpool: