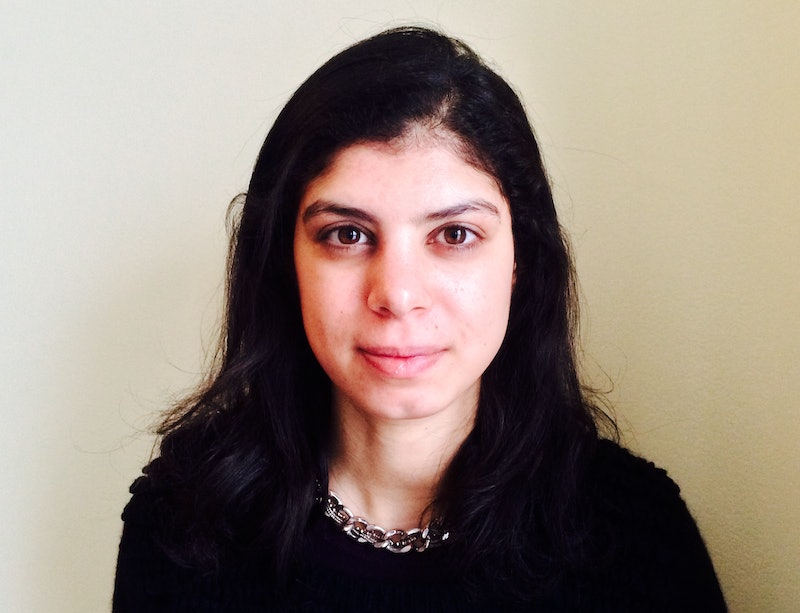 One of my favorite parts of tabloid magazines is the “Shocking Photos of Stars Without Makeup” portion, in which paparazzi shots of celebrities are put side-by-side with their red carpet counterparts to prove that our favorite A-listers wear immense amounts of makeup, and that when they don’t, they look really awful. The celebrities don’t look so much like they’ve gone without makeup as they do victims of a Photoshop job gone wrong — intentionally manipulated to look bad rather than actually looking bad. There’s no way that Charlize Theron looks like a zombie bride when she isn’t wearing foundation, you know?

Wearing makeup, at least during the hours of an ordinary day, is an interesting concept. At a certain age, you realize that your complexion might look brighter and more uniform with some product, and voila, so begins a lifelong routine of "putting on your face." Makeup makes women feel more comfortable in their skin — it hides blemishes, highlights cheekbones, draws attention to the eyes. It’s a wonderful thing.

Recently though — at the other end of the cosmetology spectrum — wearing no makeup has become something of a trend. In September, models walked down the runway in Marc Jacobs' Spring 2015 show baring their naked faces. A month later, beauty blog Into the Gloss launched Glossier, a skincare line that eschews cakey complexions for healthier glows. No matter if you go cold turkey or wear a light cream, the end goal is dewy skin that conveys a natural, effortless look.

On a typical day, I don’t wear makeup — a decision less motivated by industry trends and more by a fixation with the state of my skin. A lifetime of mild to sometimes-severe acne has dictated the amount of product I put on my face. I’m well versed in the landscape of acne medications from birth control (for fair-weather pizza faces) to antibiotics (Minocycline literally does nothing) to Accutane (chapped lips, am I right?), and I’ve learned through many cases of trial-and-error that forgoing makeup is the most effective way to keep my pores unclogged.

That’s not to say I don’t love — or haven’t worn my fair share of — makeup. I think Sephora is one of the greatest places in the world, and I have a seemingly endless supply of its branded compact mirrors from the gift cards I’ve amassed over many Christmases. I’ve spent stupid amounts of money on mascara and makeup brushes, not to mention, I used to be a bronzer fanatic.

Most of what I learned about makeup comes from a gaggle of French teenage girls I stayed with during a high school exchange in Paris. The self-proclaimed glam squad carried tanner in their purses and taught me that you don’t have enough eye makeup on until your vision starts to blur. I came home from a week with them hoarding three types of bronzer that I layered on top of one another. I wore a smoky eye to school until I realized I didn’t need to look grunge queen chic for 8 a.m. Calculus.

When my skin started to break out in college, I decided Saint Tropezienne cheeks weren’t worth the pimply consequences. I gradually lessened the amount of makeup I wore, switching foundation for tinted moisturizer to eventually nothing at all. I still treated myself to a swoosh of bronzer in the morning for an unnatural Central New York glow.

My minimal bronzing routine held for a couple of years, but this summer, my T-zone went berserk. So many pimples. Painful bumps that bled when I washed my face and scarred when I went in the sun. What did I do to deserve adult acne? Causes aside, I tried to do damage control by applying salicylic acid makeup to cover my breakouts, which in a case of “too many cooks in the kitchen,” exacerbated the problem. I wanted to wear makeup and try all of the products Eva Chen posted on her Instagram but my face was not a palette worth painting on. It seemed that even the tiny particles in my bronzer were clogging my pores, so I stopped that as well.

When my oil levels hit an all-time high in August, I quit makeup all together. It was scary at first, not because I was uncomfortable without makeup but because I was embarrassed by my acne. I felt like my pimples were staring my conversation partners in the face. Time went on, I went on Accutane, and I got used to wearing zero makeup. My skin started to clear — not only were pimples disappearing but new ones weren’t forming.

Hundreds of little red pills later and I have blemish-free skin. My skin type is finally one that can withhold foundation experiments and liquid bronzer, but now that my complexion is clear, I don’t feel like covering it up. I admit that I usually wear a bit of concealer under my eyes and a touch of eyeliner, though. If I became comfortable baring my acne-ridden face without makeup, then I’m definitely okay flaunting my clear skin. So that’s why I don’t wear makeup (though it does help that the look is trending).