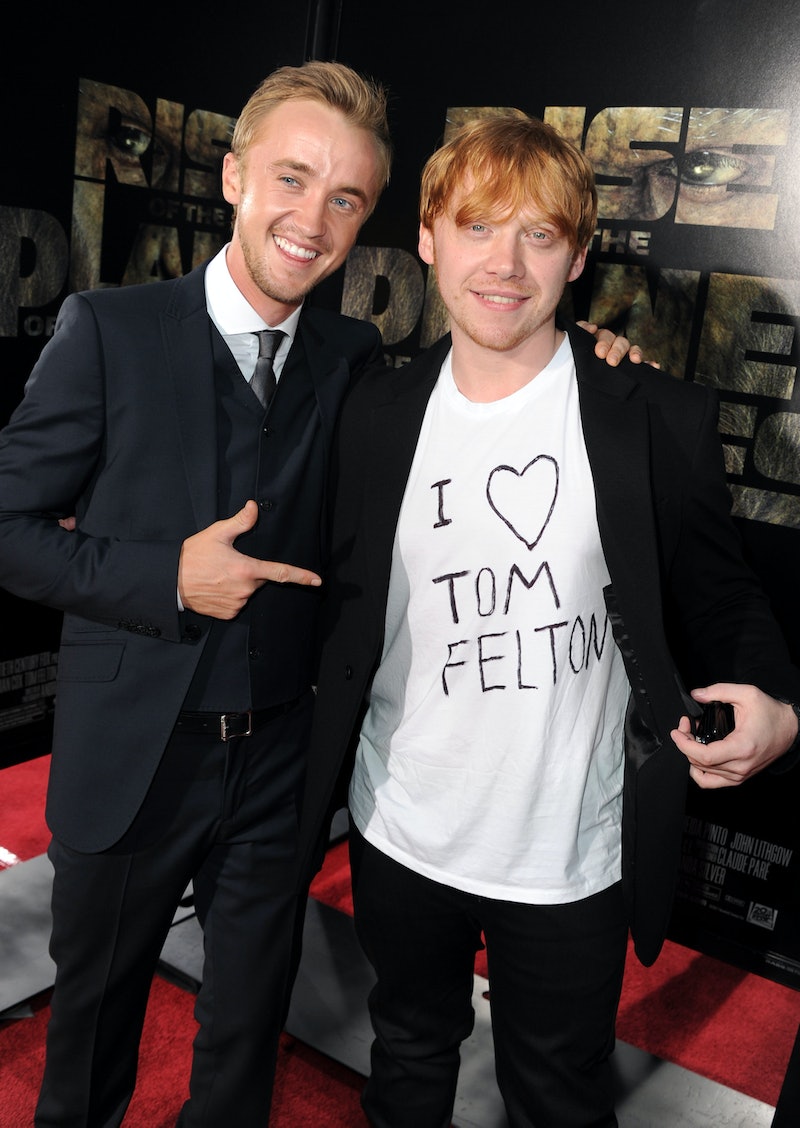 There's nothing better than a Harry Potter cast reunion to brighten your day, but this latest Weasley/Malfoy meet up was missing one very important person and you're never going to guess who. On Friday, four of the magical actors got together in Hollywood to grab a bite to eat and get a drink. Tom Felton was joined by Rupert Grint, Bonnie Wright, and James Phelps. Or as Felton put it in his Instagram caption, "Outnumbered by 3 Weasleys. Ugh."

The Draco Malfoy actor was hoping he'd be joined by someone else, though. "Kim K stood me up," the rest of his caption read. It was a nice nod to Kim Kardashian's new platinum blonde look that makes her appear as though she was Malfoy's long lost relative. (To be honest, all the Kardashians are basically just Harry Potter characters in disguise.)

While Kardashian herself claims she dyed her hair in an homage to Madonna, everyone else on the Internet thinks she looks just like a Malfoy, including the actors behind those characters. Felton loved the reference, and had posted another picture to his Instagram account on Thursday depicting Kardashian's head on Malfoy's body. "So apparently Kanye has a Draco fetish....#muse," Felton captioned the pic.

And even the actor who played Lucius Malfoy was in on the joke.

So, as great as it was to see Draco Malfoy and the three Weasleys, now all I'm hoping for is a Felton/Kardashian picture. I feel like Felton wants one just as much as I do, and I'm pretty sure a picture of those two and their blonde hair would break the Internet — no naked butt required. But for now, I'll settle for this Harry Potter reunion picture because even without Kim Kardashian, it's pretty flawless.