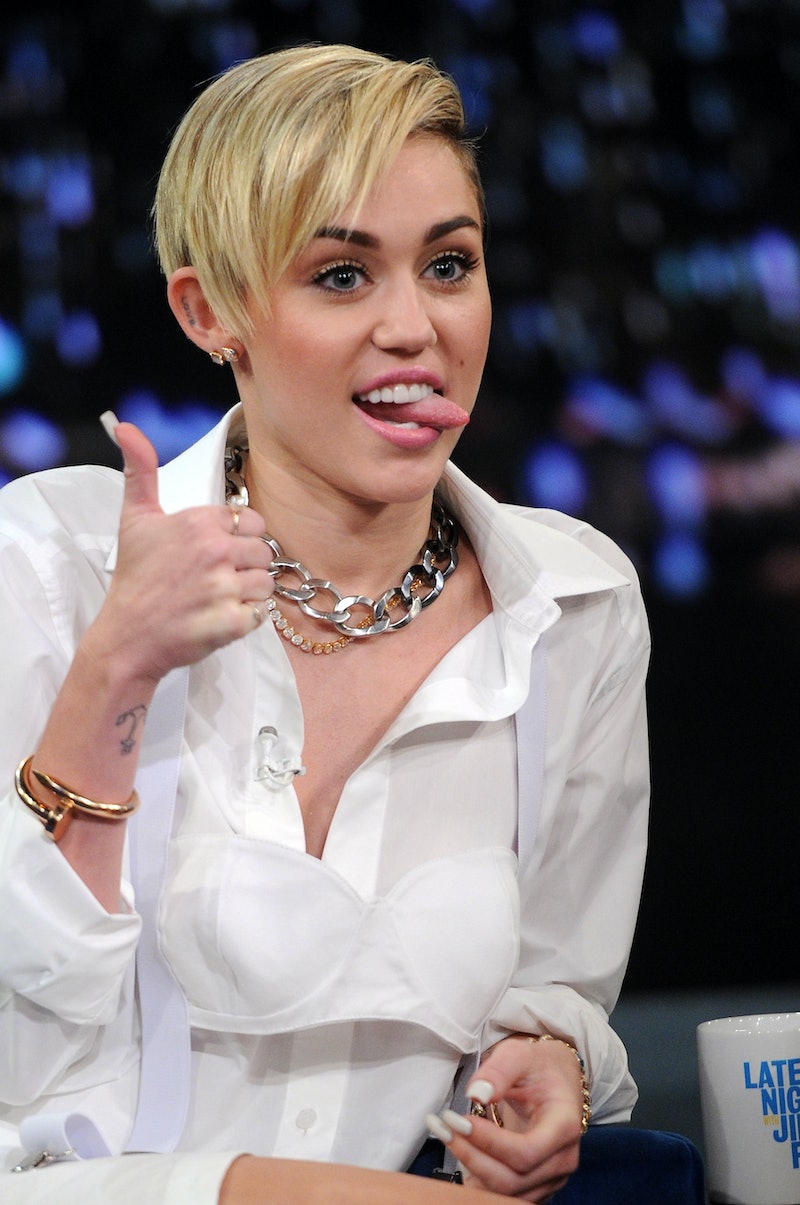 It seems like everyone has an opinion on Miley Cyrus. And the latest celebrity to offer her thoughts on the 20-year-old singer's ubiquity is Welsh singer Charlotte Church. At the Radio Academy Music Festival, Church talked about Cyrus, saying that many young performers are "encouraged to present themselves as hypersexualized, unrealistic, cartoonish, as objects, reducing female sexuality to a prize you can win." She added that performances by the likes of Rihanna, Christina Aguilera, and Cyrus — referencing the latter's "twerking" at the MTV Video Music Awards — only help to continue gender stereotypes in the industry.

If women are to become free agents of their gender's destiny in a music world that is reliant upon shouting loudest over the clamor, it stands to reason that online pissing contests only serve to detract.

While Church was speaking from her own personal experience at the beginning of her career, when she was goaded by producers and executives to dress provocatively, it's unfair of her to extrapolate her past onto the likes of Cyrus and Rihanna. Rihanna has never been shy about her sexuality, and she has always expressed her own desire and agency to present herself in a provocative way. Though Church is correct in her assessment that the music industry pushes women to be sexual, who is she to say that Cyrus and Rihanna don't have agency? Rihanna has always seemed incredibly comfortable in her own skin (and Cyrus has only become increasingly comfortable) — if these pop stars want to show skin, that's their biz.

Obviously, an industry in which young female pop stars are forced to grow up quick and take it all off is problematic, and it's unfortunate that Church had to suffer through it. Britney Spears also recently also admitted she was pressured to expose herself more than she was comfortable with. If a female performer feels she is being taken advantage of, it's an issue. But an even bigger issue? The fact that female celebrities are offering their unsolicited opinions on other female celebrities.

Why are Cyrus and Rihanna's sexuality up for discussion? Why did Sinead O'Connor feel the need to send not one, not two, but FIVE open letters to Cyrus condescending to her and telling her how to present herself? (Of course, let's not let Cyrus get off too easy — the singer responded pretty grossly by mocking O'Connor's past issues with mental health, but that's another issue.) It is peculiar in Hollywood and in the music world that all women are expected to have opinions about other women — were we really curious to know what Charlotte Church thought Miley Cyrus?

There's something voyeuristic about the media constantly wanting women to comment on the behavior of other women, as if they're hoping that girls will talk shit. No, it's not necessary for women to support every decision made by another women, but it's strange that Church gave an interview not about herself, but about another star in the industry. It's undeniable catty comments make for good headlines — "Charlotte Church Thinks Miley is Bad For Women!" — but I wish that there wasn't such pressure for female celebrities to offer their opinions on one another. After all, no one is asking Justin Bieber what he thinks of One Direction.

More like this
A Taylor Swift Documentary About The Ticketmaster Fiasco Is Streaming Now
By Grace Wehniainen
Dolly Parton Joins TikTok & Debuts A Song About Baking
By Jake Viswanath
Taylor Swift Fans Sue Ticketmaster For The Eras Tour “Ticket Sale Disaster”
By Jake Viswanath
Yes, That's Lindsay Lohan's Sister Singing In The 'Falling For Christmas' Movie
By Radhika Menon
Get Even More From Bustle — Sign Up For The Newsletter